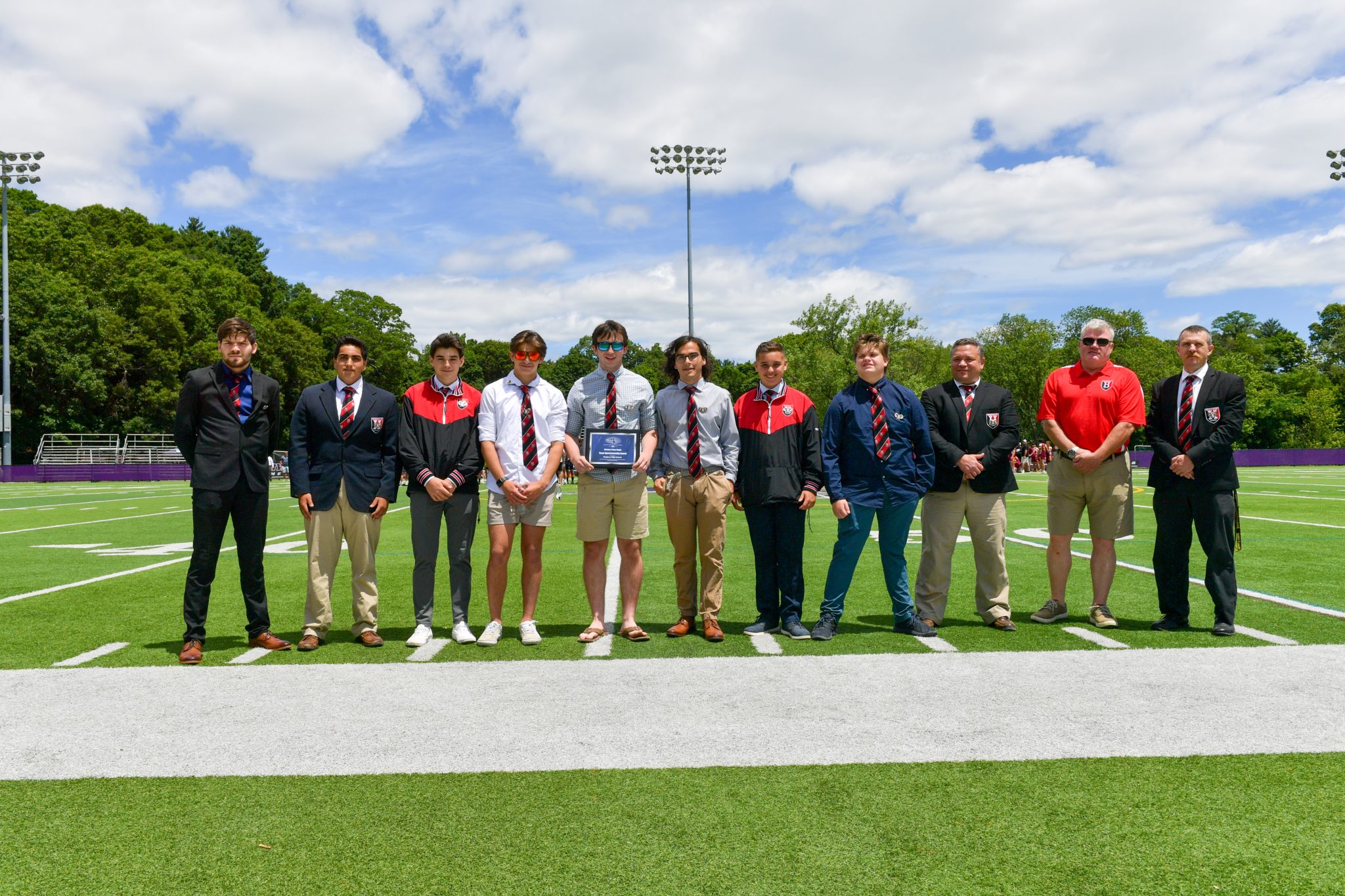 The Hingham Rugby Club was founded in 2018, becoming a MIAA recognized Varsity sport in 2019. In its four years of existence, with two being lost to a pandemic, the club has grown in every way possible. The 2022 roster had nearly 30 players, doubling in size since the 2021 season, with more than half the team being new to the game of rugby.

This kind of growth can be tough for any team, even more so in a team so new. However, the team, led by a seasoned coaching staff under the direction of head coach Peter Condrick, stepped up and stood by the oath they take each year to “leave it better than you found it.”

In Condrick’s message to the players in acknowledgment of their award, he reminds the team what’s important and what it truly means to be a rugby player: “In recognition of your commitment to the finest traditions for our sport and in unwavering dedication to the fundamentals of camaraderie, respect, honor and courage, the MIAA has recognized Hingham High Rugby as the winners of the 2022 MIAA Rugby Team Sportsmanship Award.

Teams will win leagues. Teams will beat their opponents. However, in a world where such victories can come at any cost of integrity and honor, being recognized by the league and our comrades as having the dignity of contesting valiantly, without hesitation and to the exemplification of what is right and true in our sport — the true spirit of rugby — is a great honor."

The MIAA Rugby Sportsmanship award is presented to one school in each division within the MIAA structure.

Congratulations to both players and coaches in being honored with such a meaningful recognition — one that reflects so positively on our school and community. Thank you for indeed leaving it better than you found it!