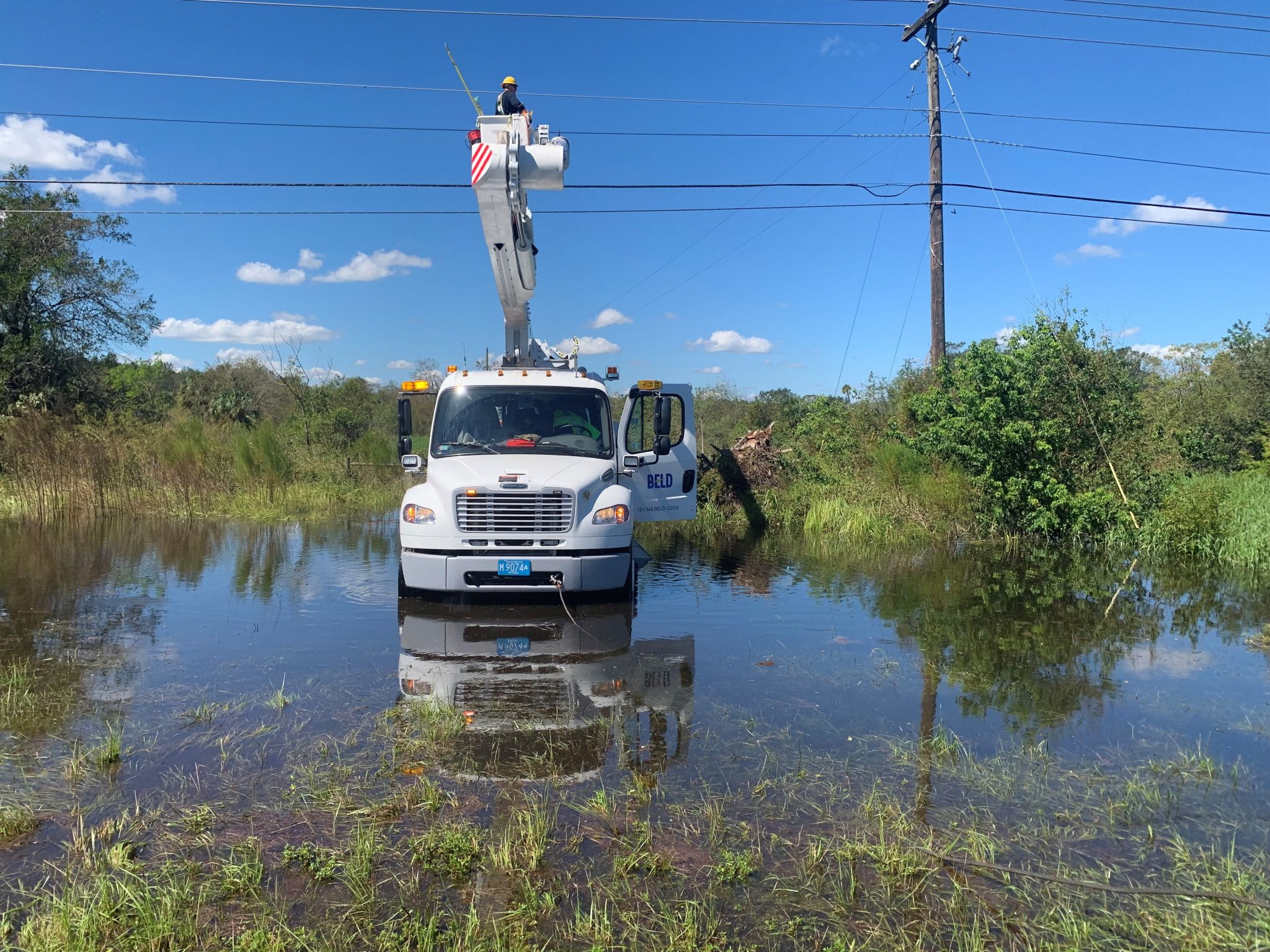 Three Hingham Municipal Light Plant workers -- including a supervisor -- are in Bartow, Florida, helping to restore power to that hard-hit community following the devastation wreaked by Hurricane Ian.

In response to a call for mutual aid from NEPPA, HMLP agreed to send a crew -- Mike Menen, a HMLP supervisor, Viet Nguyen, and Bob Sweeney -- according to HMLP General Manager Tom Morahan. 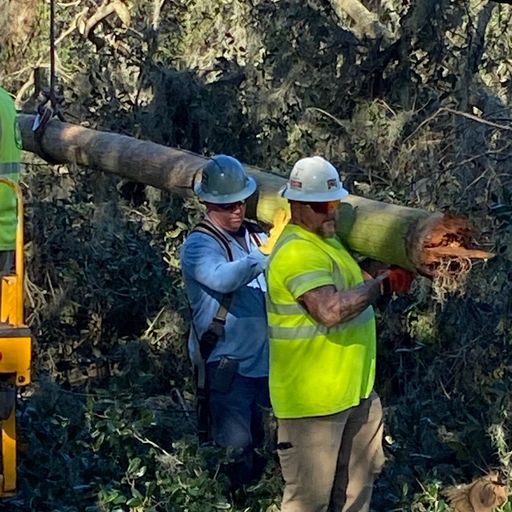 They headed for Florida on Tuesday, Sept. 27, in a digger truck with a trailer and their tools, arriving in Virginia that evening and in Jacksonville the following day.

After assisting in Jacksonville, the HMLP crew was dispatched to Bartow, Florida -- three hours south of Jacksonville -- in response to a call for assistance, arriving post-hurricane on Oct. 1.

The HMLP crew has been performing line work, installing poles, and replacing equipment in an effort to restore power to that community as soon as possible.
"There are lots of downed, broken poles, standing water, and flooding," Morahan said. 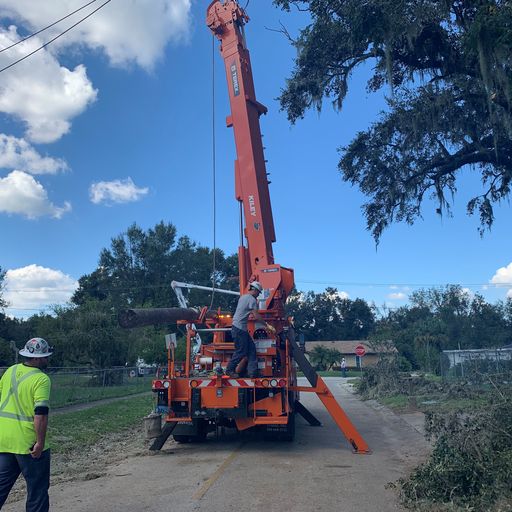 The HMLP crew was among 56 workers from NEPPA who responded to the mutual aid call for assistance to Florida communities.

"Our crew may be released later today (Monday) or tomorrow," Morahan said.

This is not the first time HMLP has responded to an emergency in another community. Crews have gone to Florida before, and to Puerto Rico and St. John, following hurricanes.

HMLP workers sign up if they're interested in helping restore power in other communities following disasters, and different crews go to different areas so that everyone who would like to gets a chance to help out.

"Our crews do a great job representing HMLP," Morahan said. "Any place they go, we get comments about how professional and hardworking they are -- on a daily basis -- which is great to hear." 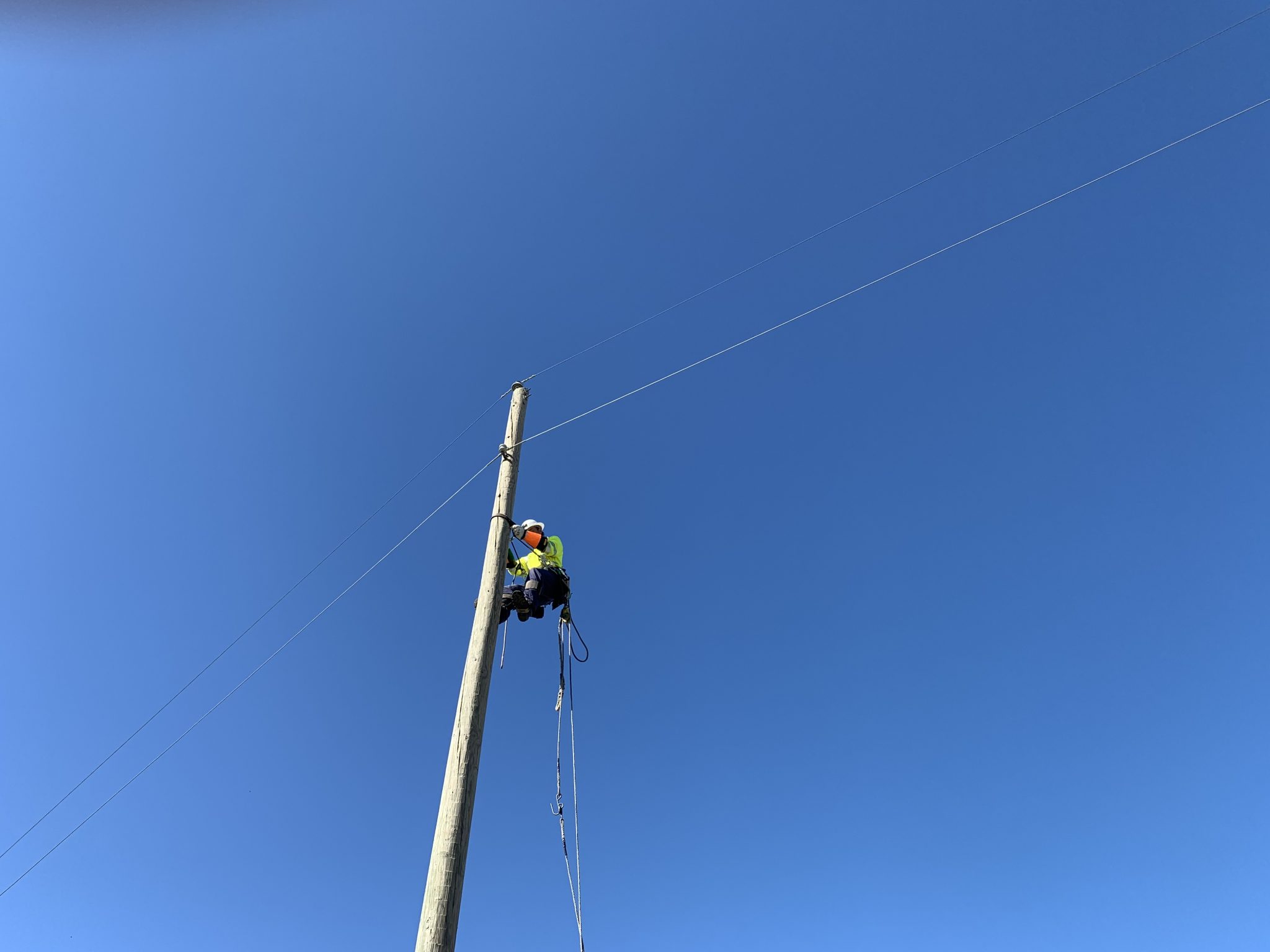