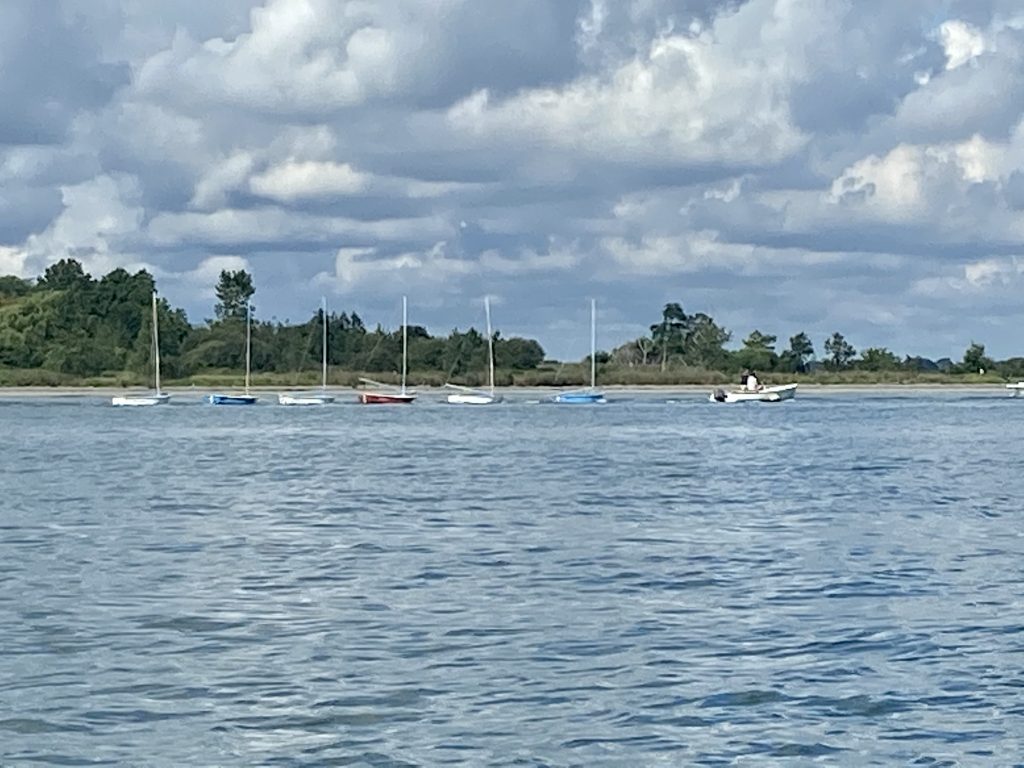 A boat pulling sailboats to safety before the storm.

The storm is currently moving over the warm waters of the Gulf Stream, as it heads north towards New England.

The storm is expected to make landfall as a strong tropical storm or low end hurricane on Sunday, likely somewhere between Long Island and Block Island.

It will then curve to the northwest, moving through interior New England.

That will spare Hingham, Cohasset, and the South Shore from the worst of the storm.

The heaviest rain with tropical systems falls to the left of the track. That would put the risk of flooding into parts of Western Massachusetts and Connecticut.

Here on the South Shore, we'll just see some occasional tropical downpours. The risk of flooding is low.

As the storm approaches, winds will pick up out of the east and northeast.

Gusts, however, will not be anything abnormal for the South Shore. Peak gusts will likely range from 30-60 MPH, with the highest gusts directly at the water's edge.

That will result in isolated power outages, but the risk of widespread outages lasting several days is much higher from Rhode Island into parts of Connecticut and certainly down on Long Island.

Tides are astronomically high this weekend thanks to the full moon. There may be minor coastal flooding as a result, but the most significant surge will be focused on the South Coast, Cape, and Islands. Essentially anywhere facing south.

By Monday the storm will be weakening, but still dumping rain on the interior. Our weather will still be muggy and breezy, but most of the day will be dry. A few spotty showers are still possible, but this will not have a major impact on our day.