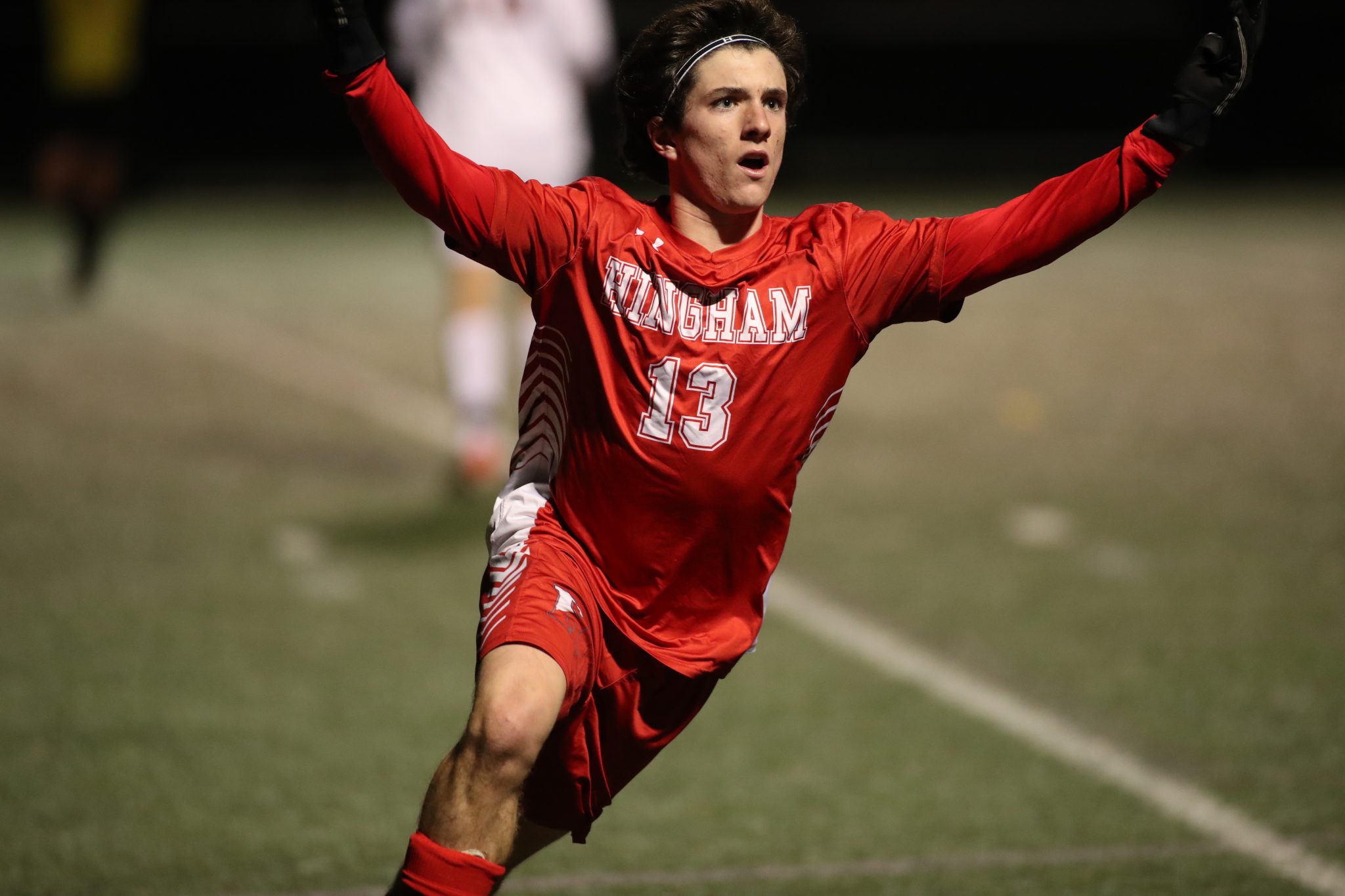 “You want it to be real. This was an indication that we’re real,” said boys soccer head coach Ken Carlin after last night’s game. “I always knew we were real, but it’s good to have it verified.”

While the talent of this year’s team has never been questioned, their confidence may have been shaken after coming off their first loss of the season vs Marshfield on Monday.  For only the second time this season, the Harbormen were shut out and only managed two goals in the last three games.  So last night’s match up versus a very talented, non conference opponent in BC High, was the test the team needed to see where they really stacked up with the best teams in the state.

The first half was as expected when two of the top teams in the state meet.  A few opportunities for each side, but mostly each team feeling each other out, getting used to the opponent’s style of play.  After the first 40 minutes, the game was scoreless.

“They have a very fast group playing offense,” Carlin says of BC High.  “We didn’t want to give them a lot of chance with our team spread out.  So if we worked it up together from the back, we played compacted, it’s a little easier to contain someone rather than being outnumbered in your own end.  A good team can make you pay for not playing compact.”

Coming out of halftime, the Harbormen wasted no time in putting the first goal on the board.  In just under 3 minutes into the second half, junior Cole Sampson put a bouncing loose ball in the back of the net.  The Hingham goal seemed to jump start the Eagle’s offense a bit as more of the play was in the Hingham end for the next 30 minutes or so.  Once again, senior Jake Price made some great saves to keep it a one goal lead.  BC ended up getting one pass him on a free kick from about 25 yards out the just went over his fingertips.  With 15 minutes left and the game knotted at one, it seemed like the match was headed for a tie.

But as the earlier Hingham goal awoke BC, the same happened when the Eagles finally put one on the board.  The Harbormen’s offense was jump started for the remainder of the game.  Multiple chances by junior Aidan Brazel and a bicycle kick shot by senior Thomas Healey just missed giving Hingham the lead.  Their persistency paid off in the 72nd minute when Healey took a shot just outside the left corner of the 18yd box that sailed in the top right corner of the net, giving Hingham the lead, and eventually the win.

“I saw him (BC defender) at the 18, took the ball from him, ended up going through his legs,” says Healey. “I saw the goalie sitting right on his line, put it top right, ran over the to student sections and cellied hard.”

The offense may have doubled their goal output from their last three games, the defense has still not allowed more than one goal in a game all season, only allowing two over the past four games.

“Their offense was strong today,” Healey went onto say. “Our defense played great.  Marshfield was tough for us.  Huge win against BC High today and onto Brockton on Saturday.”

The Harbormen will finish up their season with their second straight out of conference opponent at home this weekend.  A great way to get ready for the state tournament, where they are still projected to be the top seed in the state.

“Most of us play our games in our own league,” Carlin explains. “And we play a couple of games outside and those ones are the ones we use to make sure what we think about ourselves are based in some facts. I think we are a pretty good team. People say you don’t know because you are only playing in the Patriot League. Well now we know.” 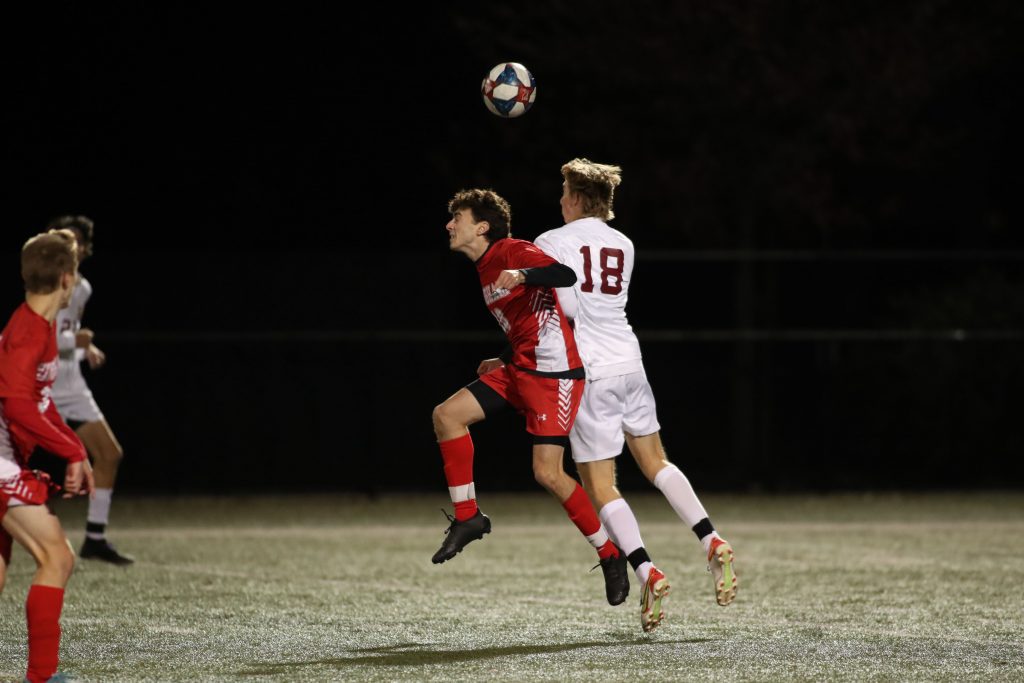 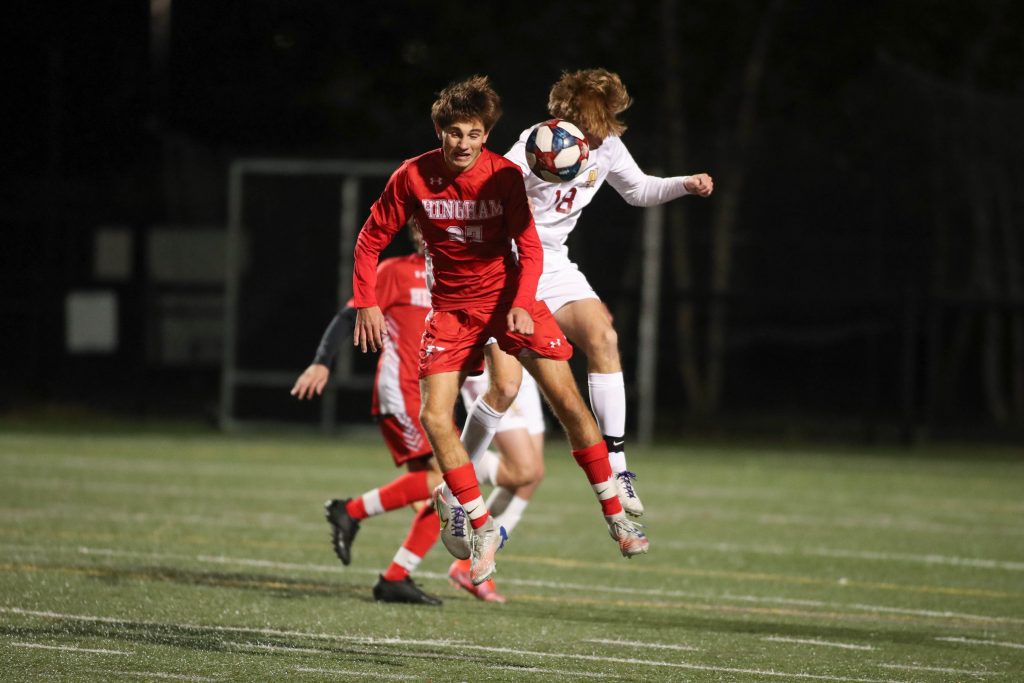 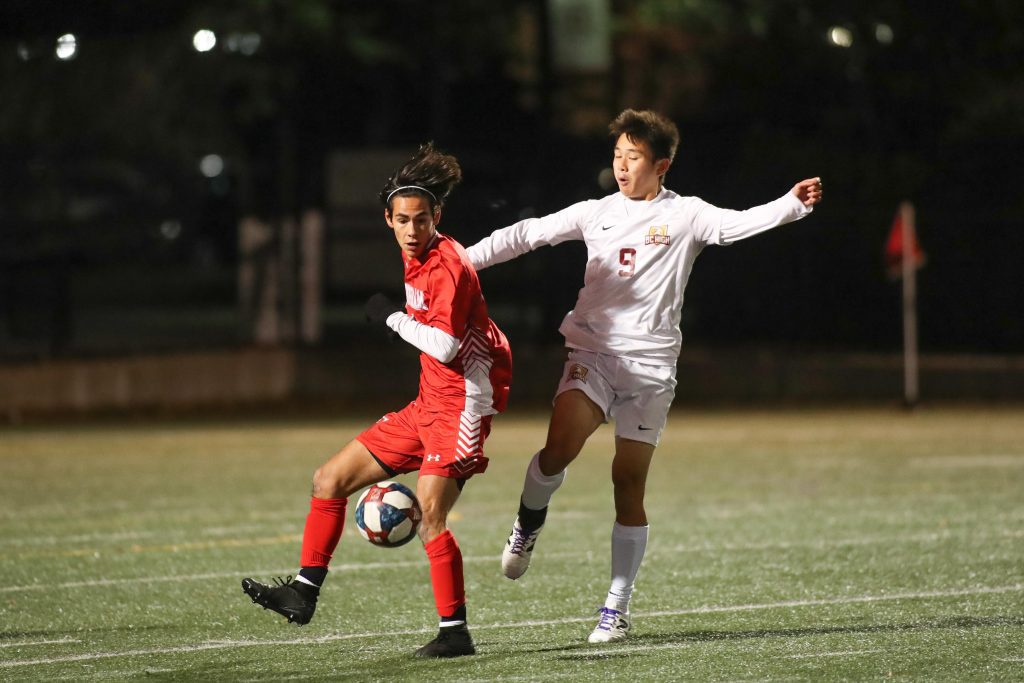 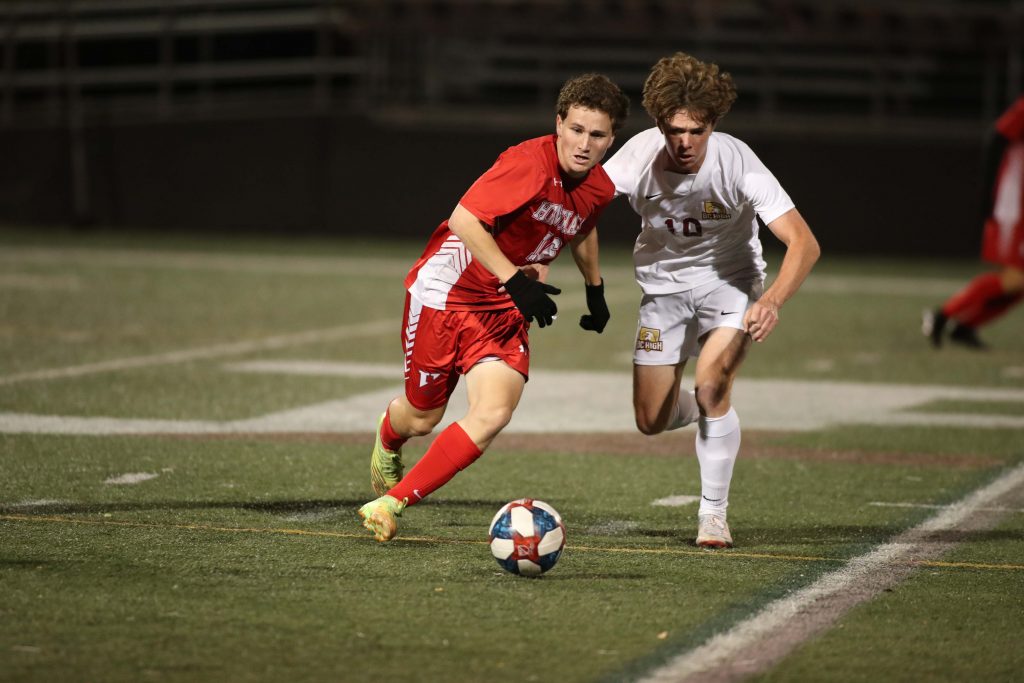 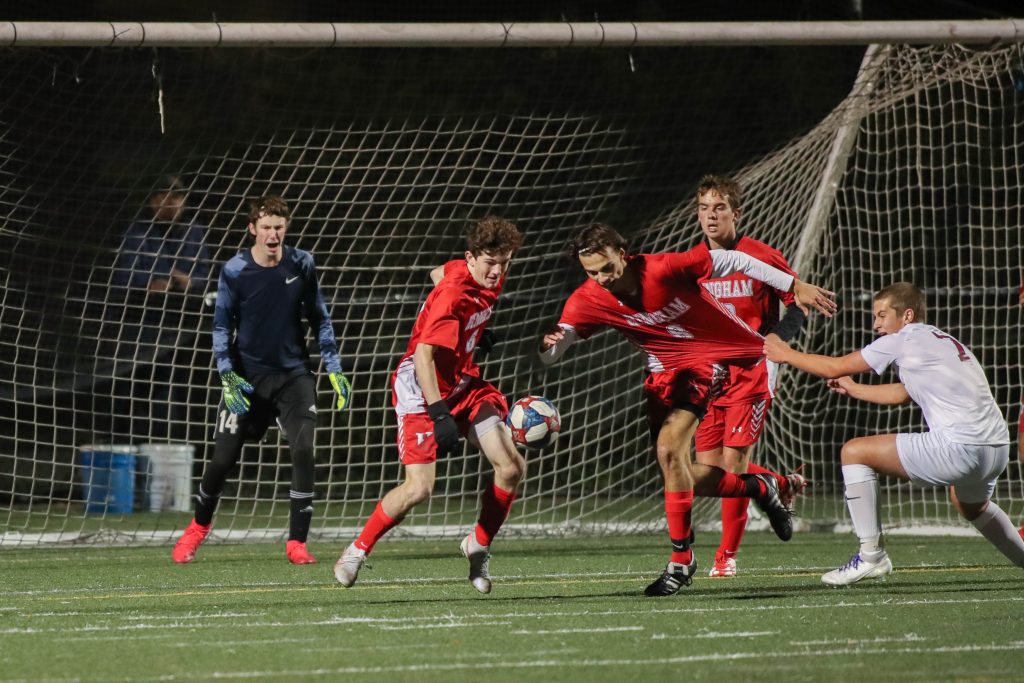 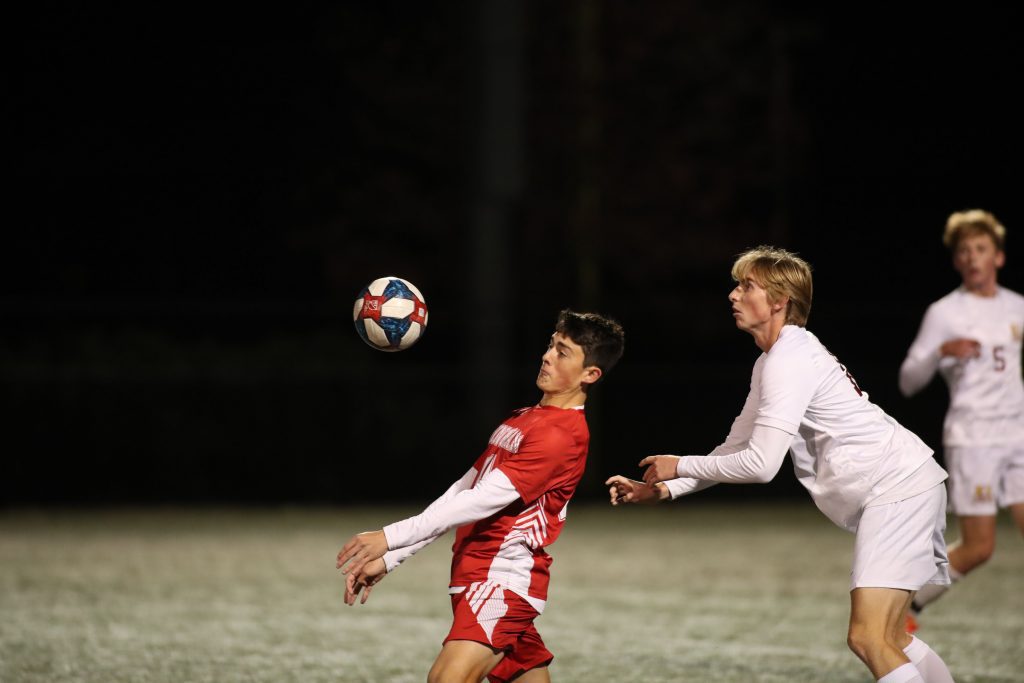 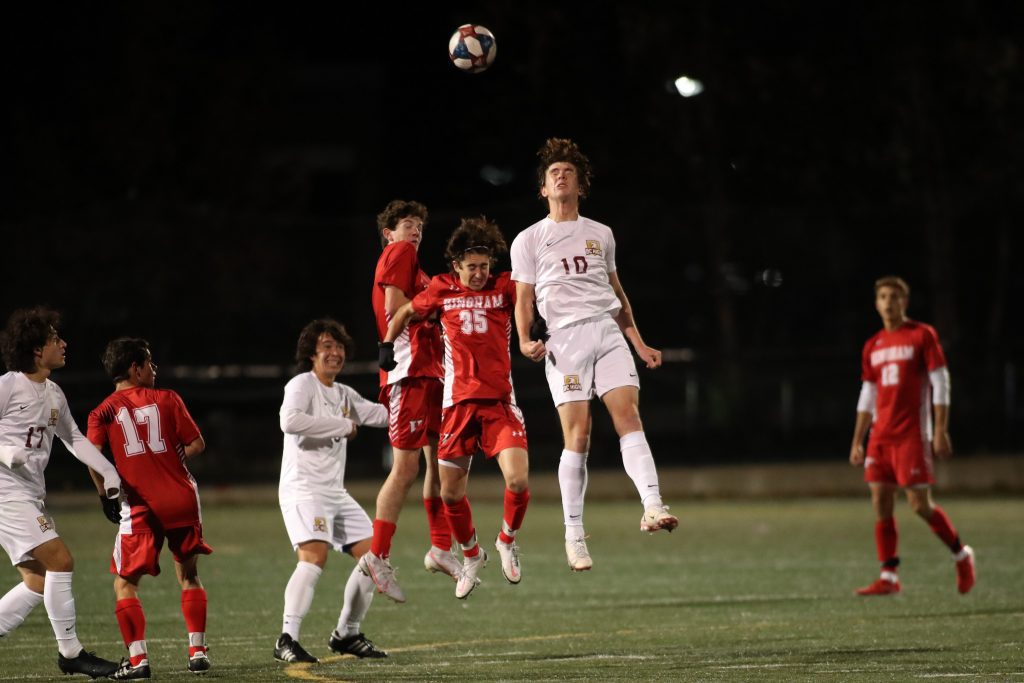 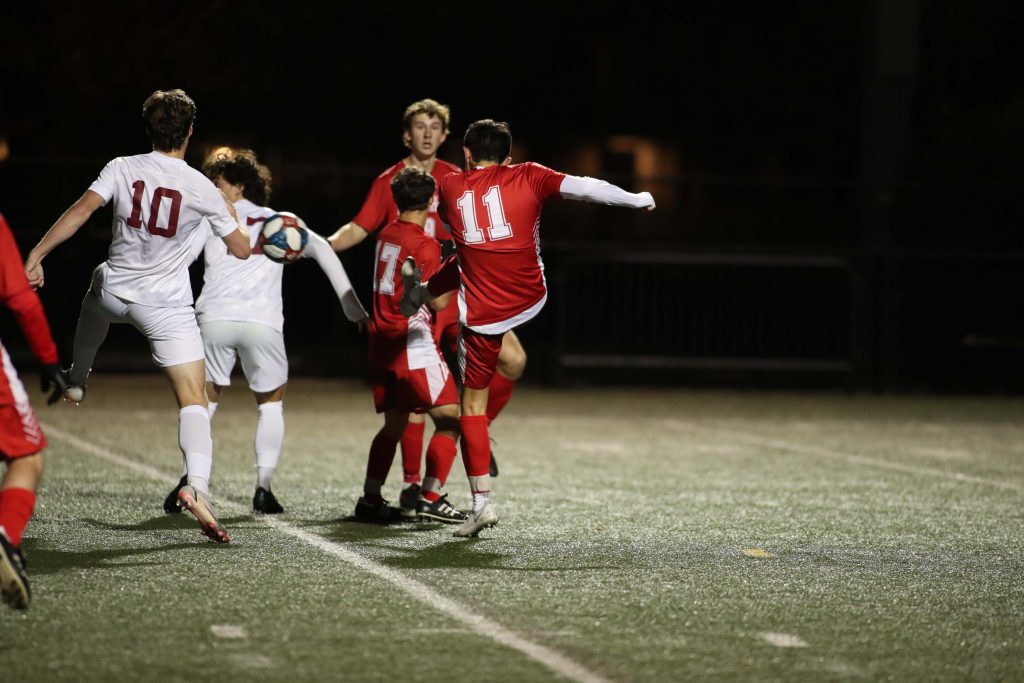 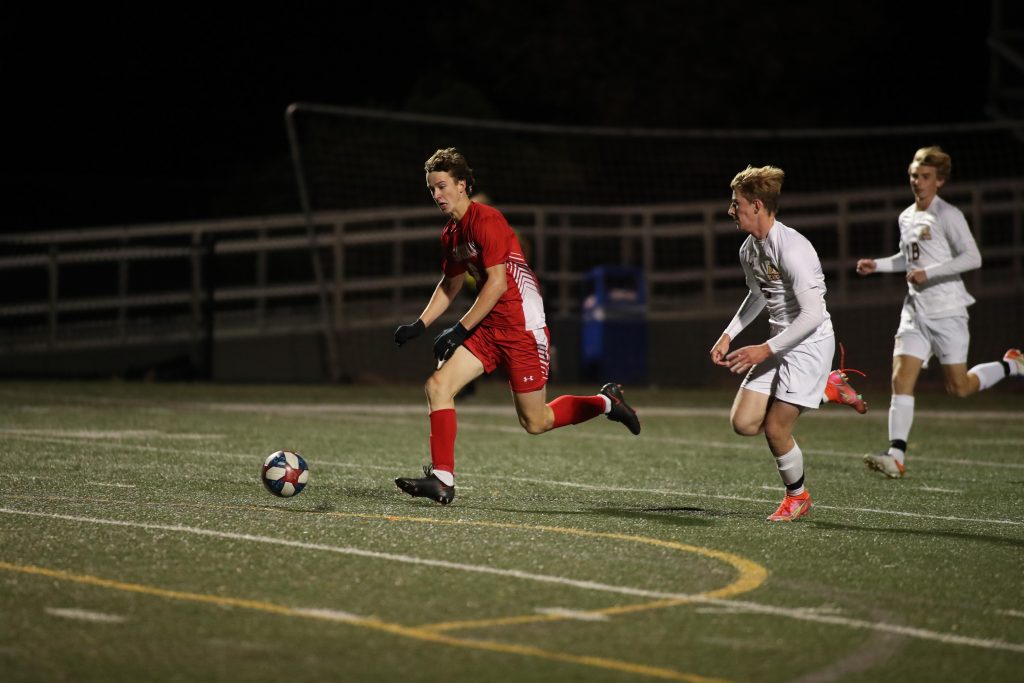 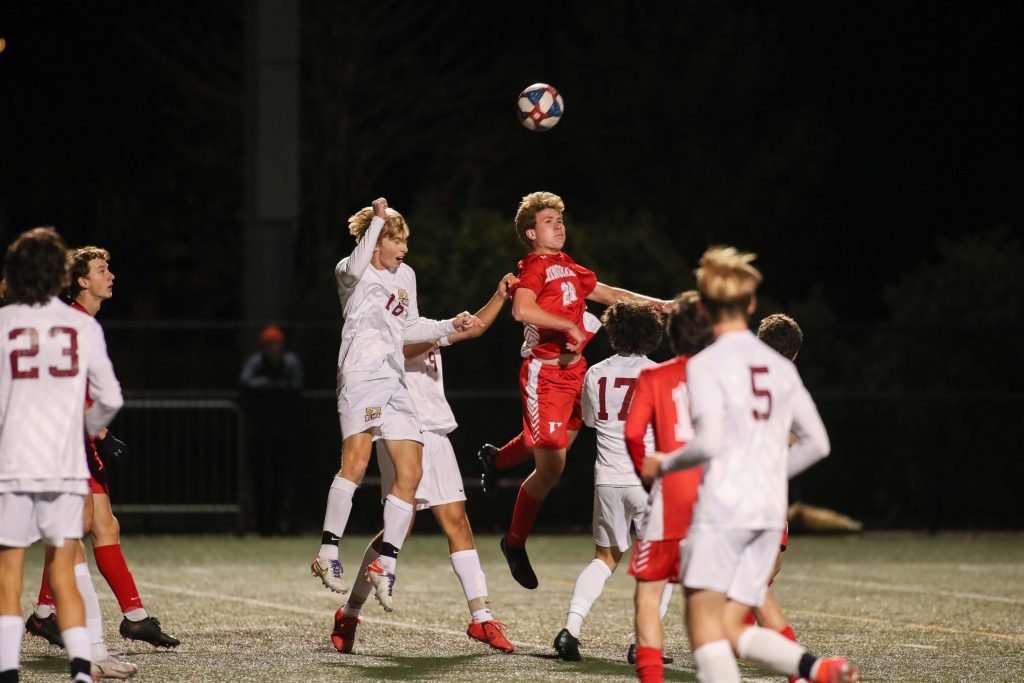 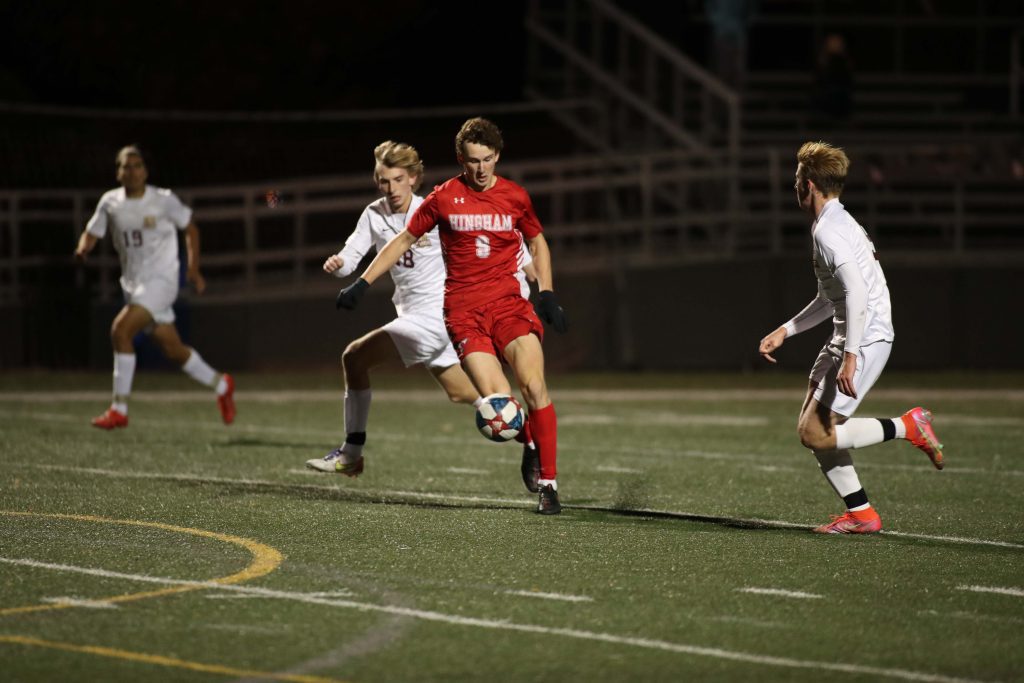 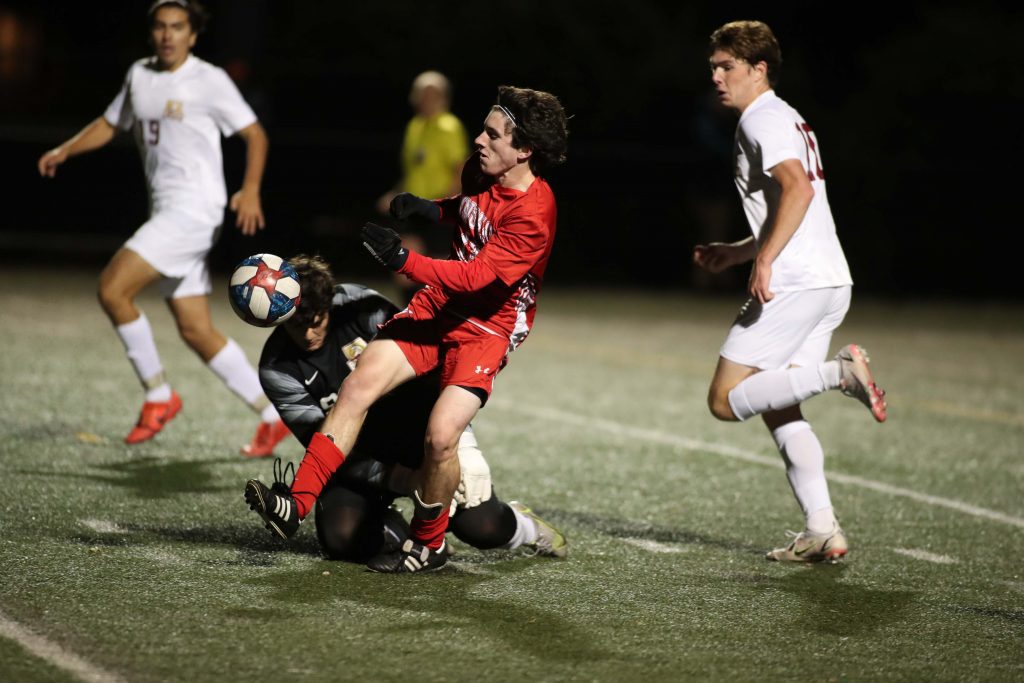 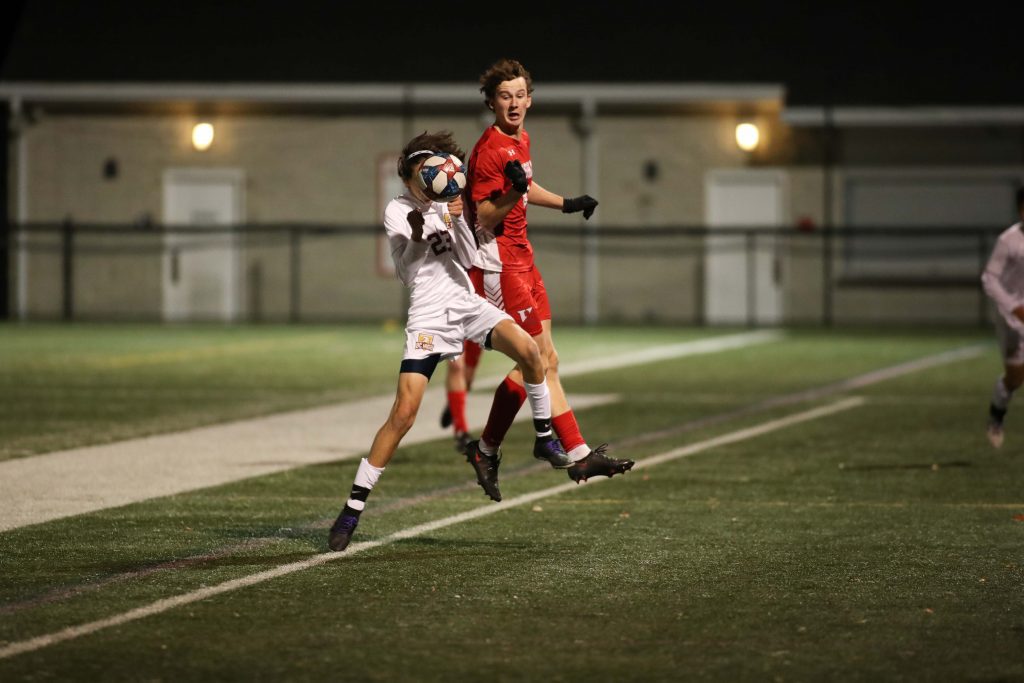 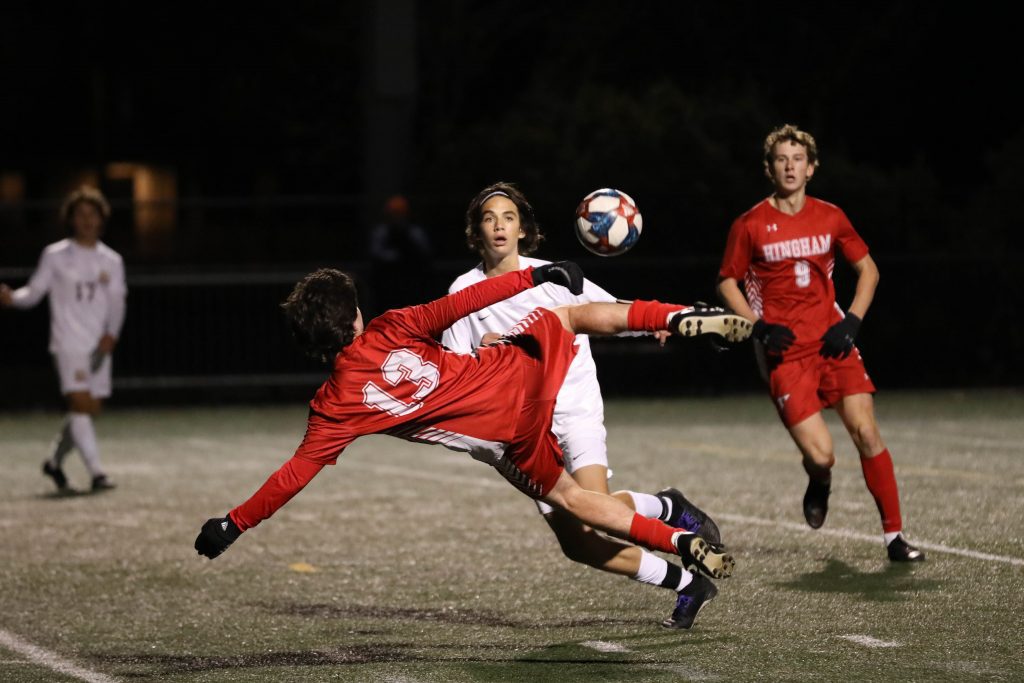 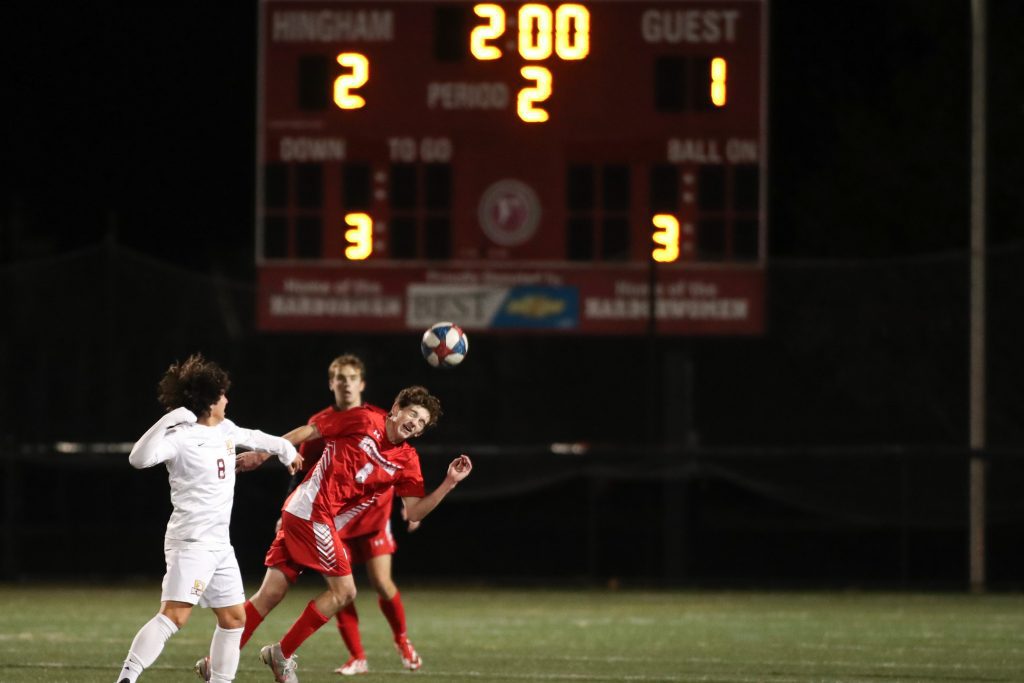