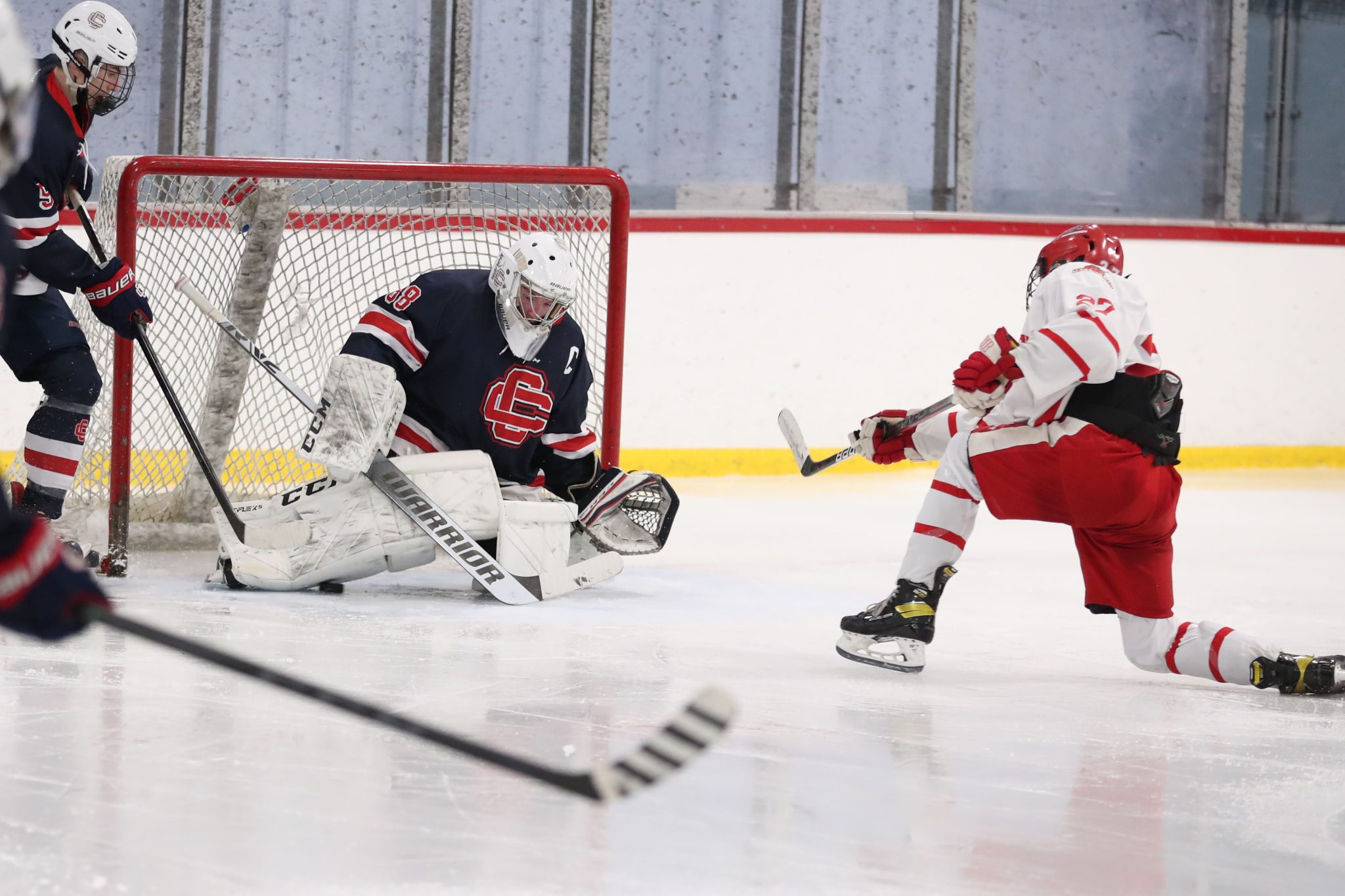 Junior Ace Concannon slips one under the pad of the Central Catholic goalie to giving Hingham the 2-1 win.

The Harbormen are in full swing of their independent league schedule and the competition on the ice is showing it.  In the last week and a half, they’ve played four games and won four games by a margin of 1.25 goals, including a thrilling OT win against Braintree with less than 17 seconds left in the game last Saturday to kick-off this stretch of games.

Their recent run has included the 5-4 win vs Braintree, a 3-2 win over St. Mary’s, a 2-1 win over Central Catholic, and a 3-1 win on the road vs Framingham last night.  What might be the most impressive part of the past two weeks is the contributions from everyone up and down the line-up, starting with the goalies.  Both senior Luke Merian and freshman Keagin Wilson started and won two games each are were outstanding between the pipes.  In those four games, eight Harbormen scored, including the top four defensemen.  The distribution was as follows:

While the production is coming from everywhere - offense, defense, veteran players, new players, Coach Tony Messina would like the games to be a little less stressful, he’ll take the “W’s” where he can get them.

“Can we find a way to make it easier on ourselves?” Messina told his team after their game on Saturday vs Central Catholic.  “But you know what, it’s a good team and we grind the whole time.  We’re very fortunate, but it’s just going to help us more at the end of the year playing these types of games all the time.  Seems like every teams’ goalie plays unbelievable against us and we can’t score, but we find a way to get it done in the third period.  It’s a testament to them.”

With the new MIAA ranking coming out last week (Hingham is #9), Messina knows it will be a tough road ahead.

“Every game from here on in is going to be really important,” he goes on to say. “If you look at some of the ratings that are out there, it’s so tight with so many teams, it’s where we want to be.  These tight games, we’ll improve and develop and at the end of the year be a much better team.”

Not to get lost in the crazy schedule of the past 11 days is the fact that Coach Messina achieved a milestone with his 200th win as head coach with the team’s last minute victory over Braintree.

“I was joking around with people saying that if you stay around in one spot you’ll reach a milestone,” Messina humbly says. “In 14 seasons, I guess I’m very fortunate to have great teams, great players, with a tough schedule winning that many games. We’re proud of that.  I think I’m more proud of the 575, or whatever it is, behind the bench (as an assistant) with Garrett Reagan and as a head coach.  You just look at all the players and the parents, it’s just a great program to be a part of.”

To top it off, the game winning goal in the waning seconds of OT to give him the milestone victory was scored by his nephew, Bobby Falvey.

“Watching Coach Messina achieve the 200 win milestone was an amazing feeling,” Falvey tells the Anchor. “His passion and work ethic towards the program definitely do not go unnoticed. He’s one of the most hardworking people any of us have met and we are all really appreciative of all of the time he dedicates to running one of, if not the best, programs in the state. Being his nephew, we’ve talked almost every day for quite some time, so being able to experience his 200th win with him was truly special. Like I said, his devotion to the program is unmatched, and I couldn’t be happier for him.”

It definitely gives the Messina family something to talk about.

“It was kind of cool,” Messina says. “It definitely was.  My family and all the cousins get a kick out of that, for sure.” 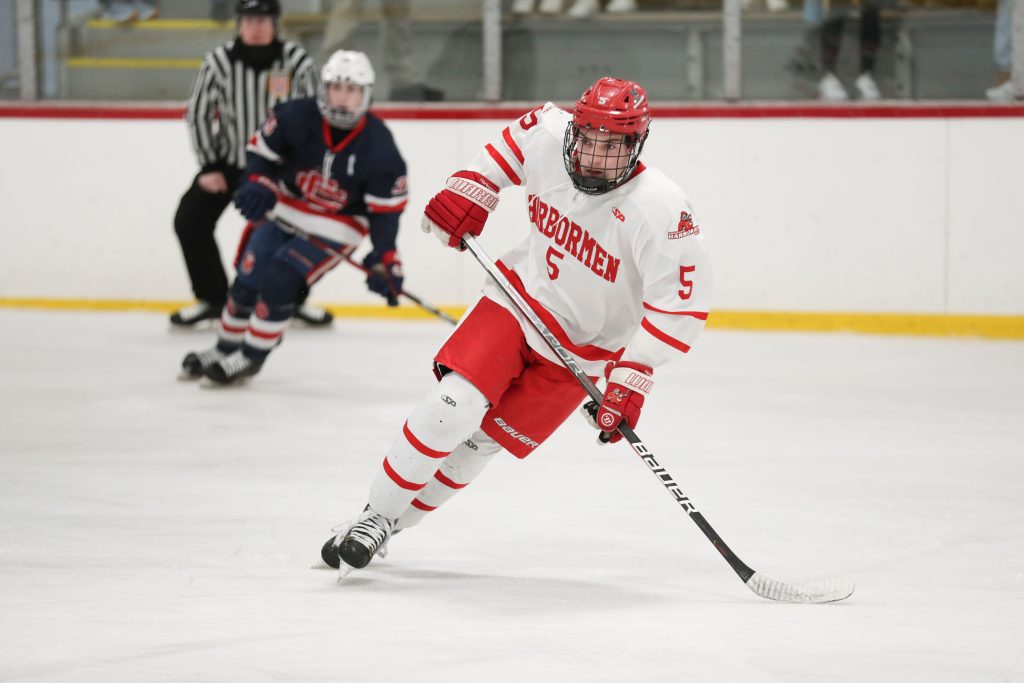 Senior Ryan Burns chasing after a puck early in the Central Catholic game. 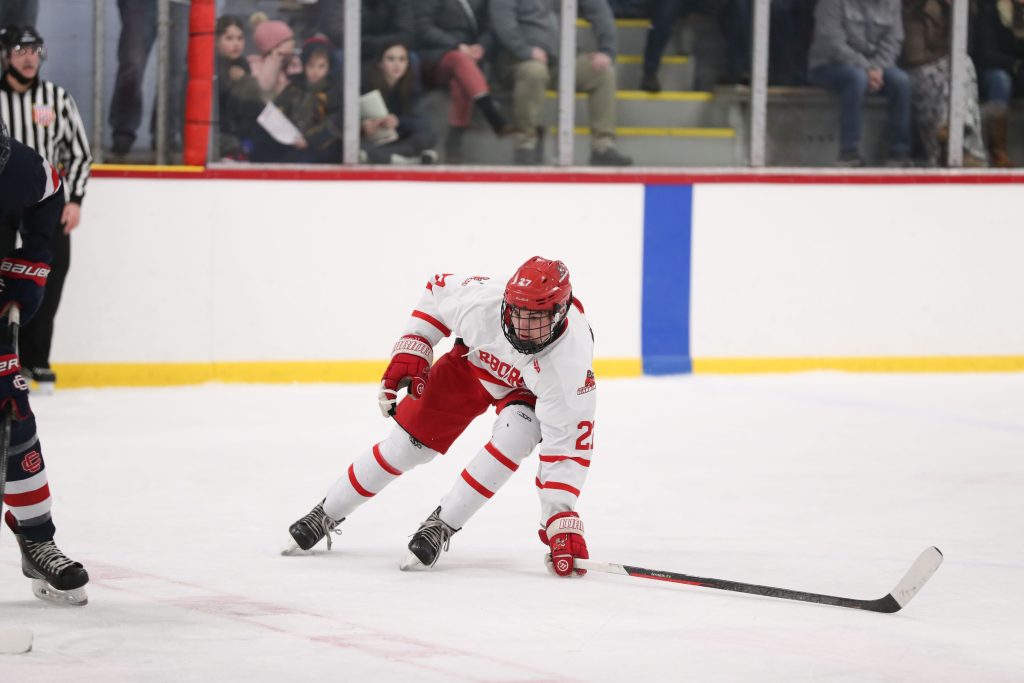 Junior Ace Concannon attempts to block a pass in the neutral zone. 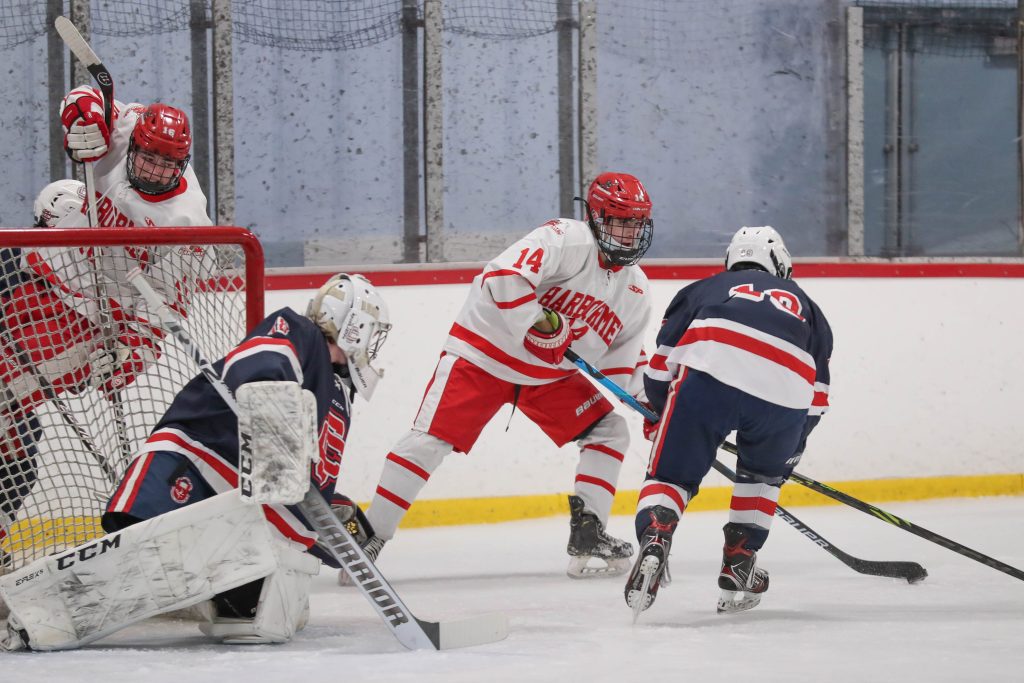 Junior Billy Jacobus looks for a teammate in front of the Central Catholic net. 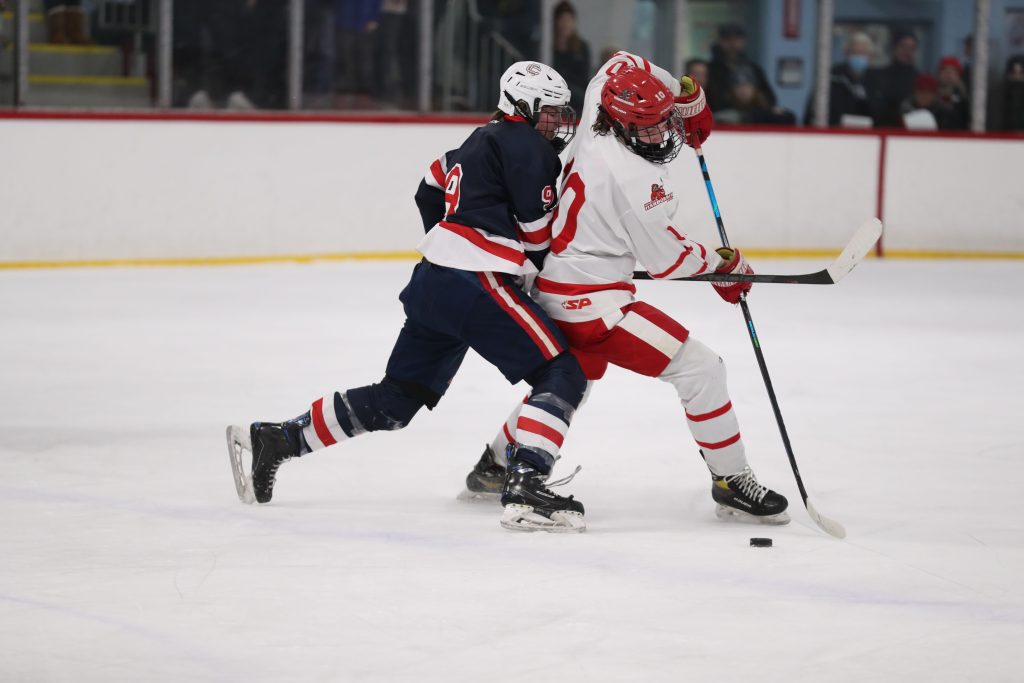 Senior captain Drew Carleton ties up with a Central Catholic player in the first period. 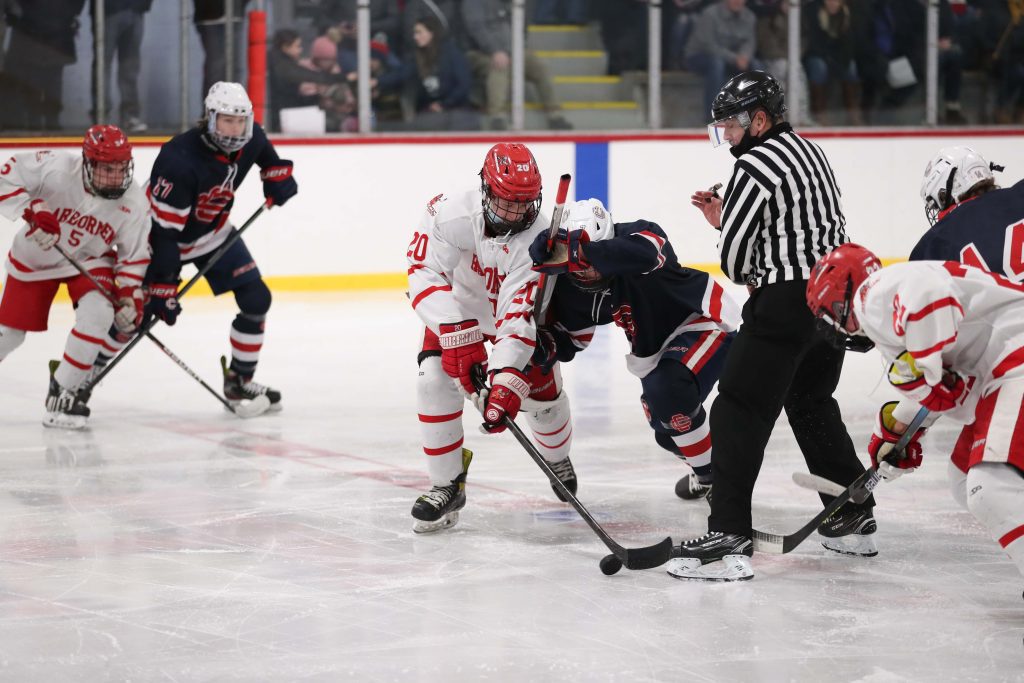 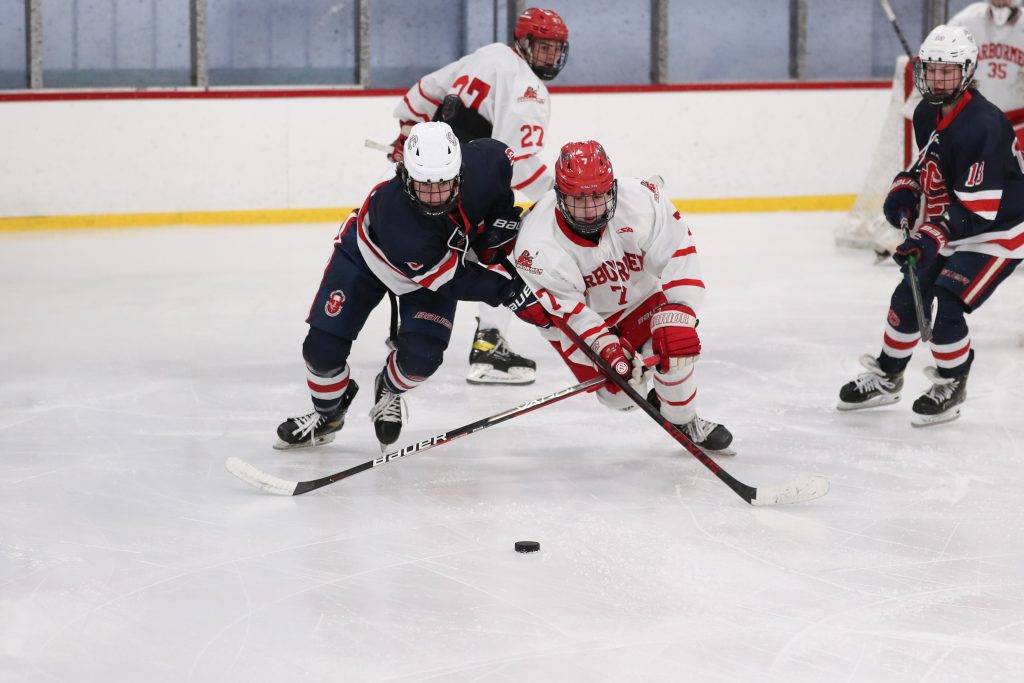 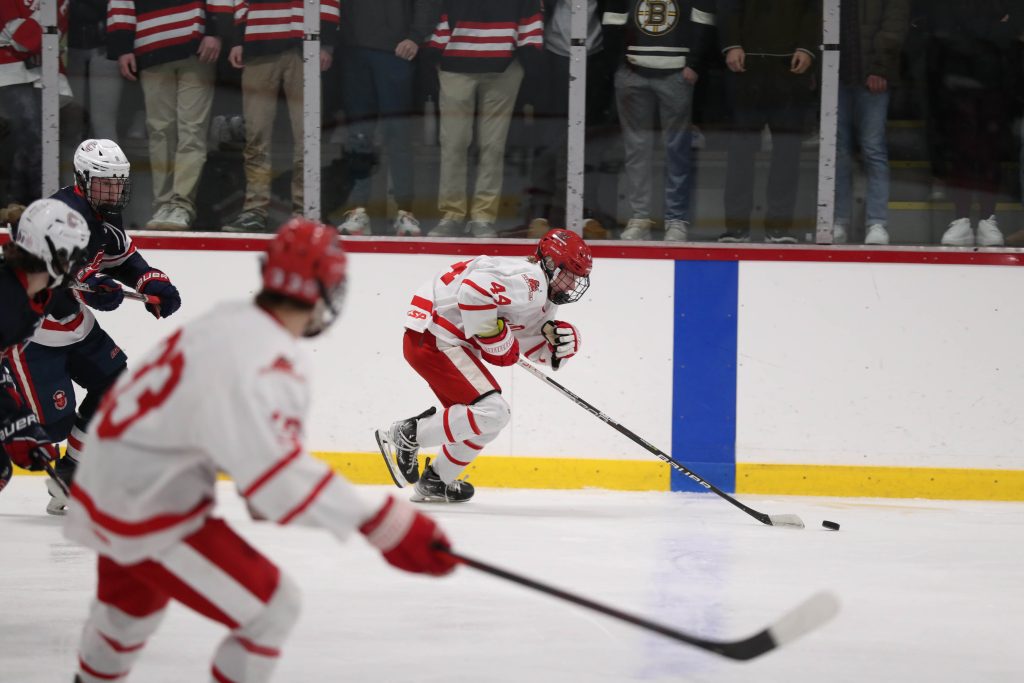 Sophomore Paul Dzavik, who scored his first varsity goal vs St. Mary's, carries the puck out of his end. 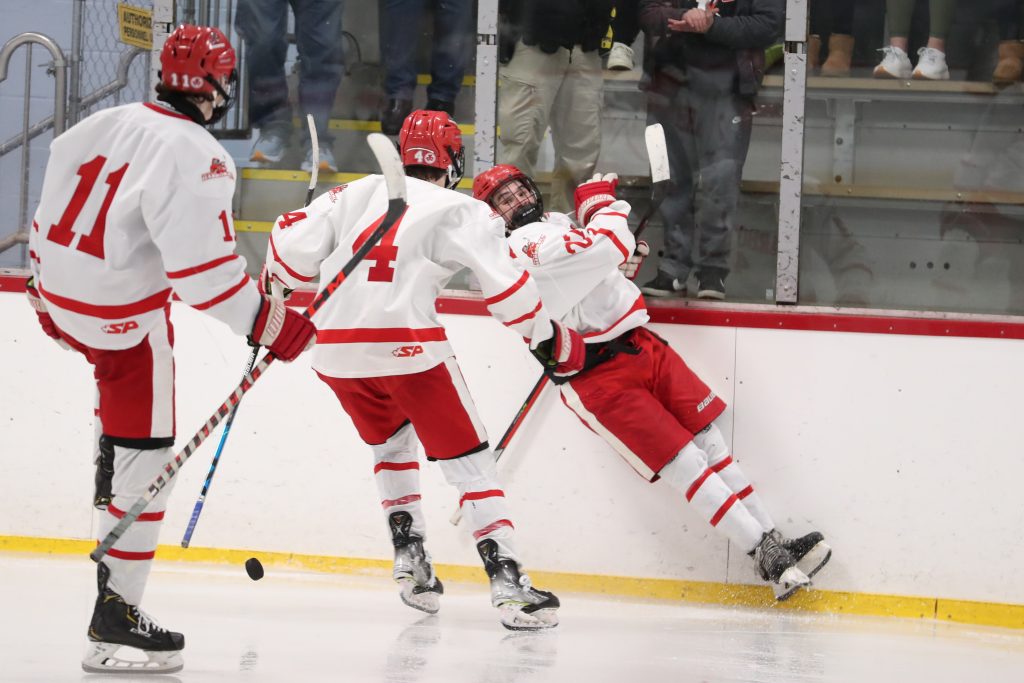 Junior Ace Concannon celebrates a bit too much after his goal putting the Harbormen ahead for good. 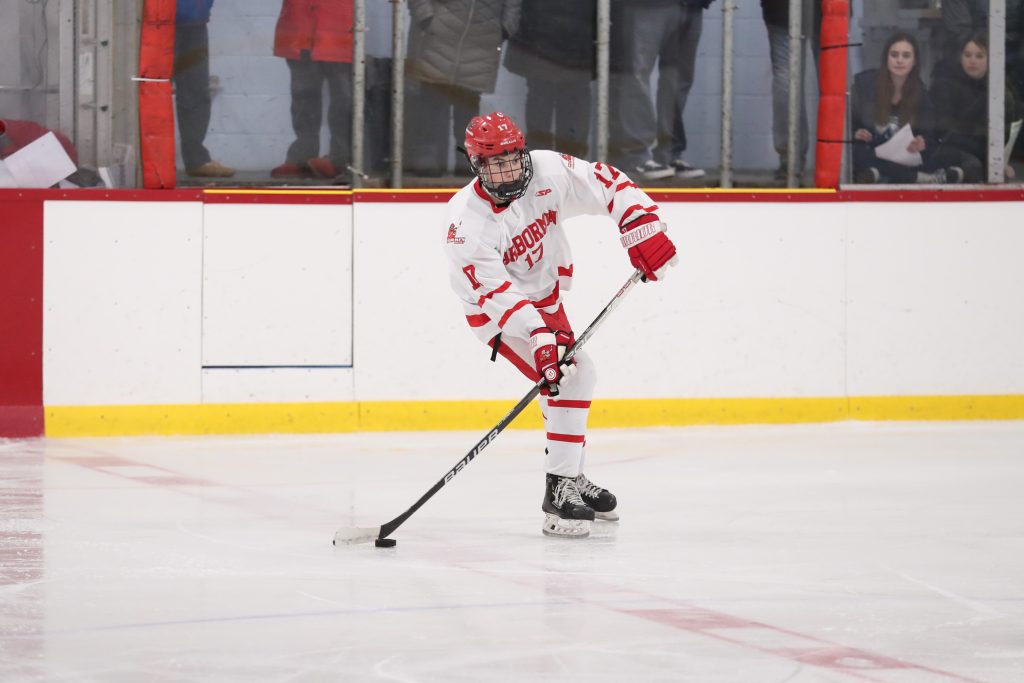 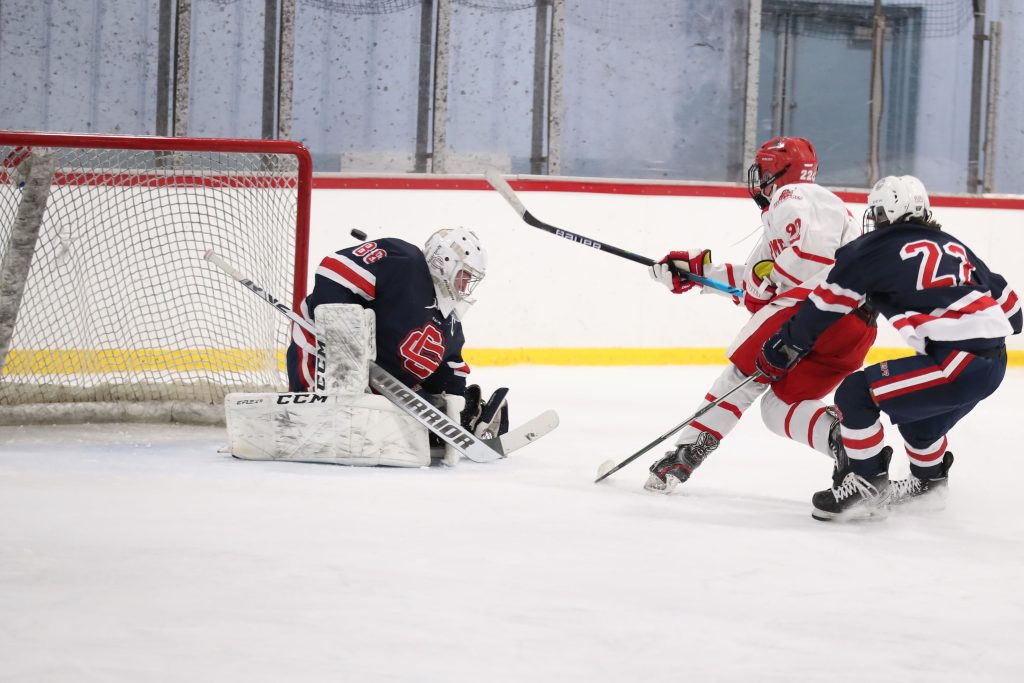 Junior Connor Richardson just misses a goal as the goalie gets a piece of his shot. 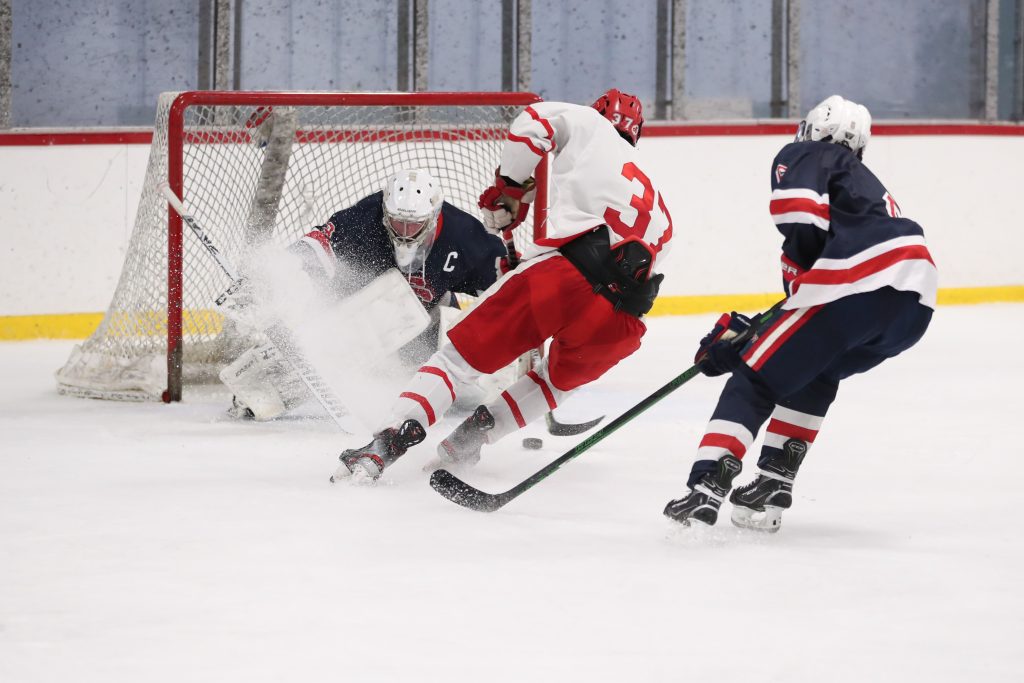 Junior Aidan Brazel gets by the last defenseman and almost scores his second goal of the game. 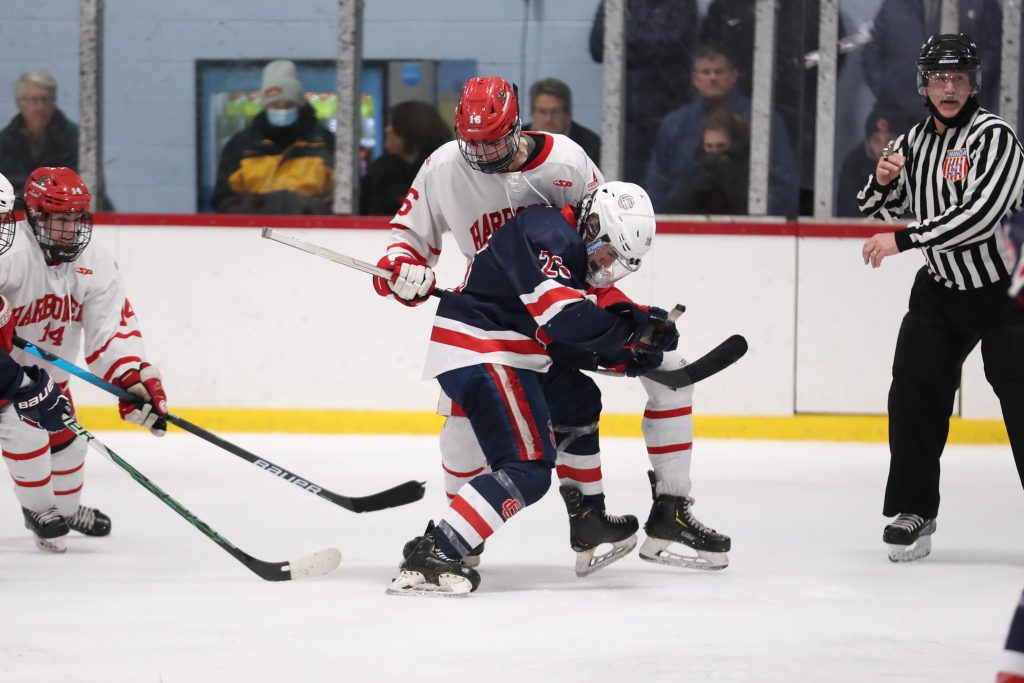 Sophomore Travis Rugg stands his ground in a battle for a loose puck. 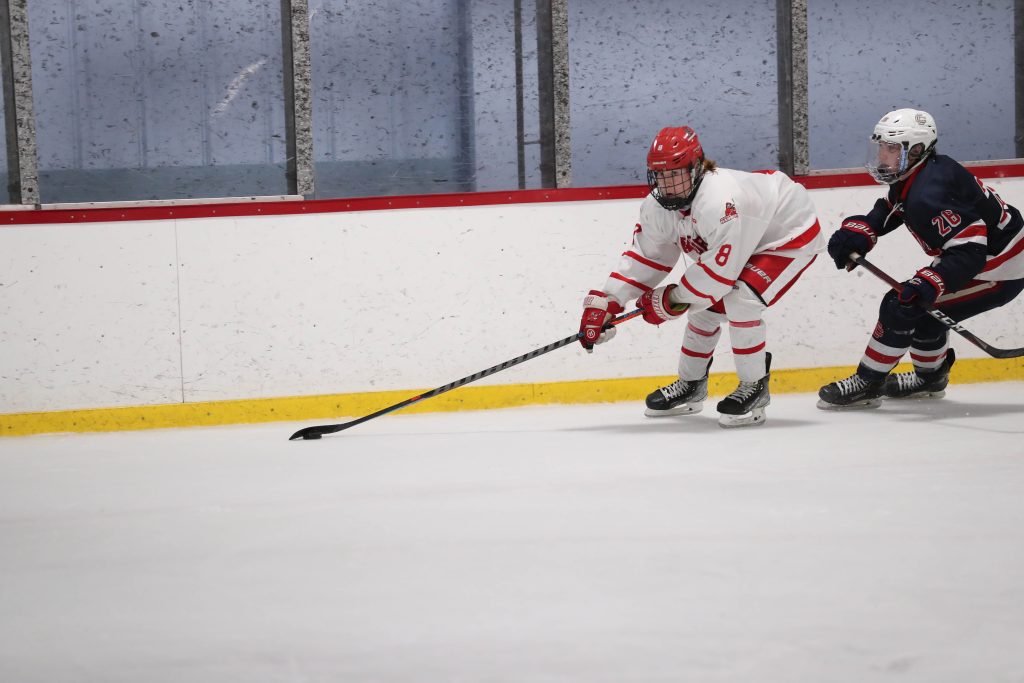 Senior Connor Walsh brings the puck behind the Central Catholic net late in the game. 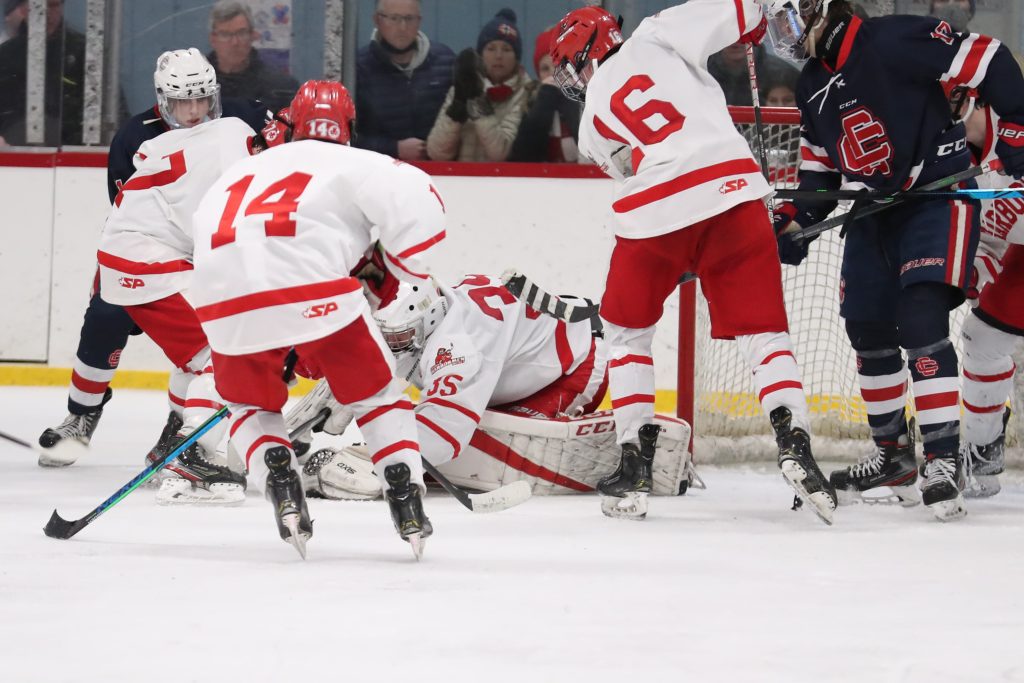 Senior Luke Merian covers up the puck in the final seconds of the game.