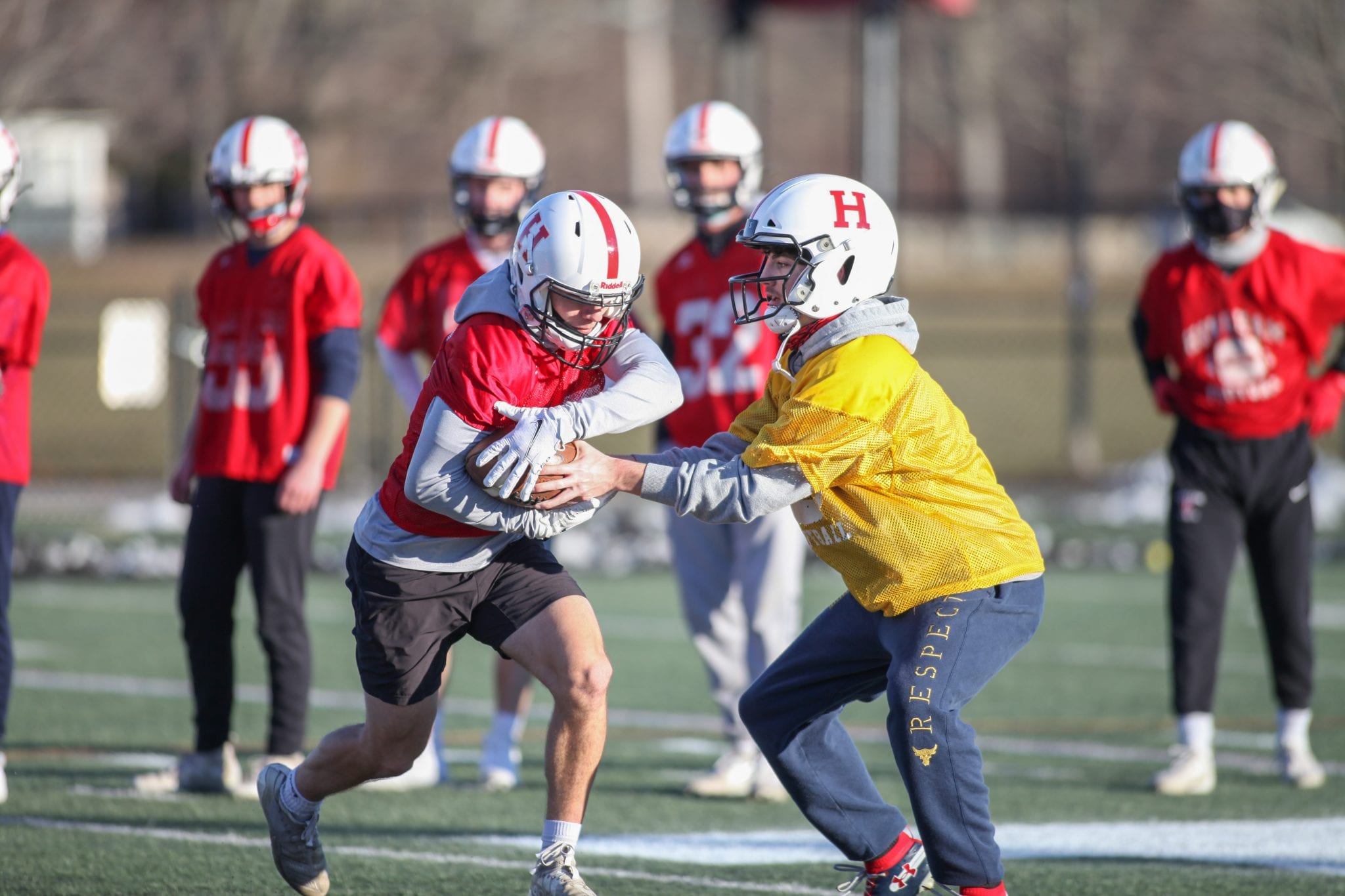 Junior quarterback Dylan Pierce getting in some reps during the first week of practice.

With the end of the Winter sports season, high schools transitioned directly into Fall II athletics. This new season was created specifically for the altered 2020-2021 year as all sports had to be very coronavirus-conscious. Some sports played earlier in the year were marked as having potential issues with Covid-19 protections and social distancing. Football, along with indoor Track and Field, and cheerleading, was moved to this season.

Fall II officially started on February 22nd, with teams kicking off practices. Many football teams, including Abington, Hingham, Rockland among others, had to shovel off the turf to be able to practice after the South Shore received several inches of snow last week. Games start on March 12th and will continue until April 25th.

Hingham’s seniors spoke about the season and the challenges facing the football season. The brisk late winter weather that the team is experiencing now is very different from cornerback Charlie Crean spoke to the difference, admitting that, “Honestly at first it was weird to be out here in February but it still feels like a normal season….everyone’s ready to go, we’re all fired up, the goal is still to win a Patriot Cup.” This was echoed by center John O’Connor, “we just have to come out, dress appropriately, and play how it is.”

The team practiced in the fall and worked individually over the offseason, which was 15 months long. Guard and defensive end Dan Hannon pointed out the advantages of these practices saying,Definitely some benefits.” “We went through all the fundamentals in the fall, going through techniques,” Hannon noted, but most importantly these practices, “[had] everyone together to keep the spirit up.”

This optimism was matched by O’Connor and Crean, who both spoke to the excitement the team has felt over the first few practices. “It’s going well so far, everyone’s fired up and we can’t wait to get our first game underway,” noticed Crean, “I think we’re going to go out there and have fun.” Hannon articulated the energy built up with the promise of a season, “There’s nothing else like getting out there on the field and getting the team pumped up.” The extra-long offseason has really reflected the importance of football for Hannon and others. “We’ve been waiting so long for this [and] we’re so excited to get back on the field and play games,” Hannon evinced.

Moreover, O'Connor expressed the optimism that he has in this year’s team. “I think we have a good team this year,” he expects due to the offseason efforts by his peers. “We have a good quarterback playing in Dylan [Pierce] and I think the offensive line is also going to be good.”

However, Crean capped off the player’s attitudes going into the season. “Business as usual this year.” Click here for more information about the upcoming season for Harbormen football. Their first game is at 7:00 PM, March 12th at Marshfield. 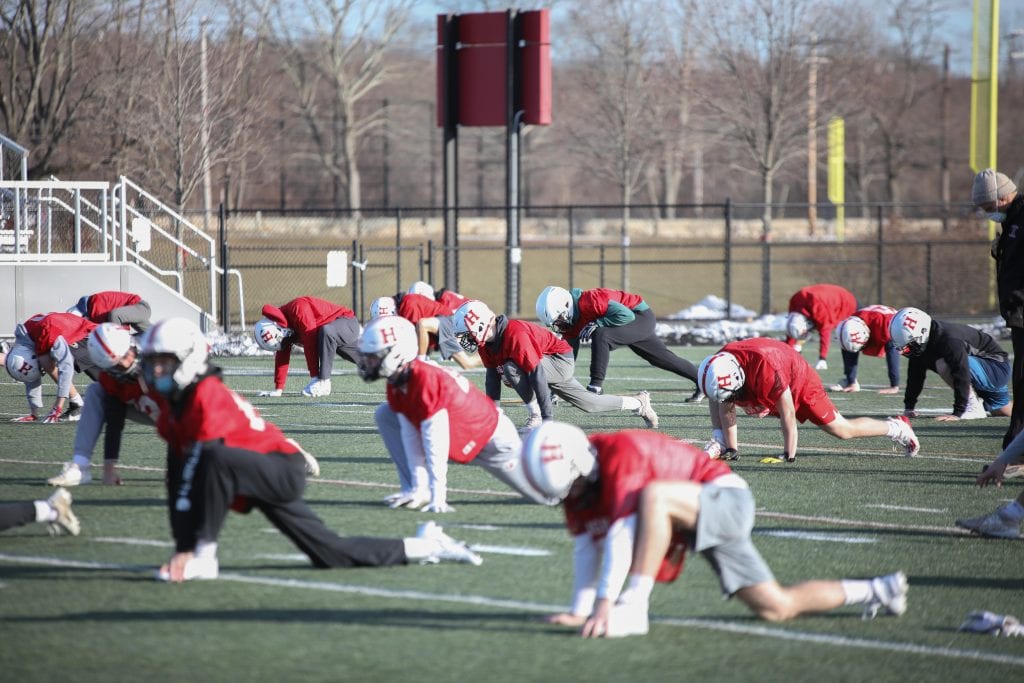 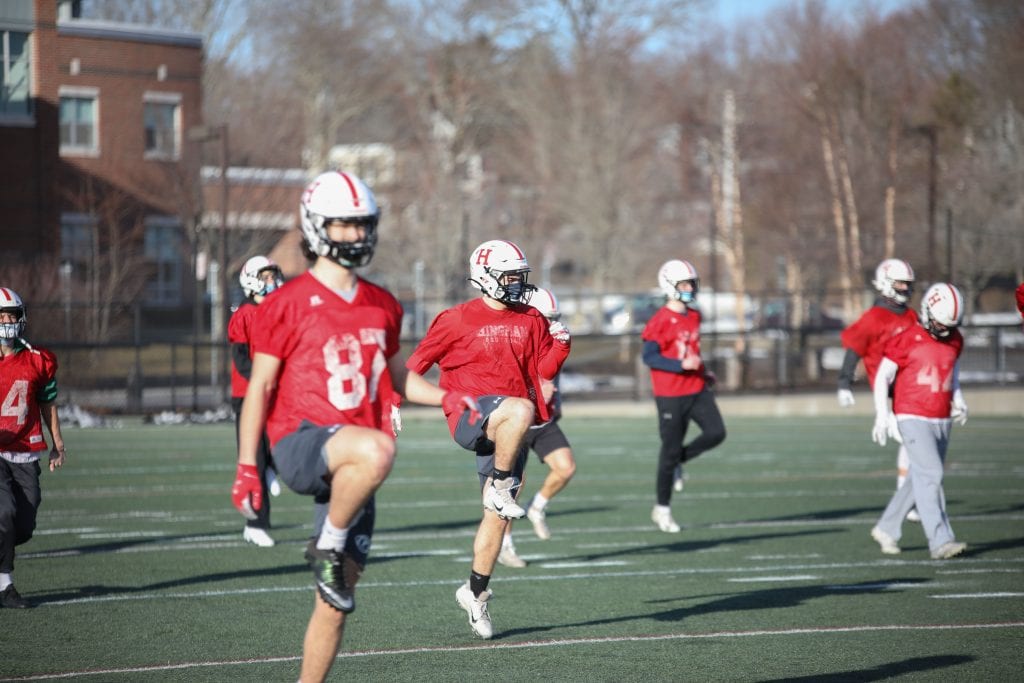 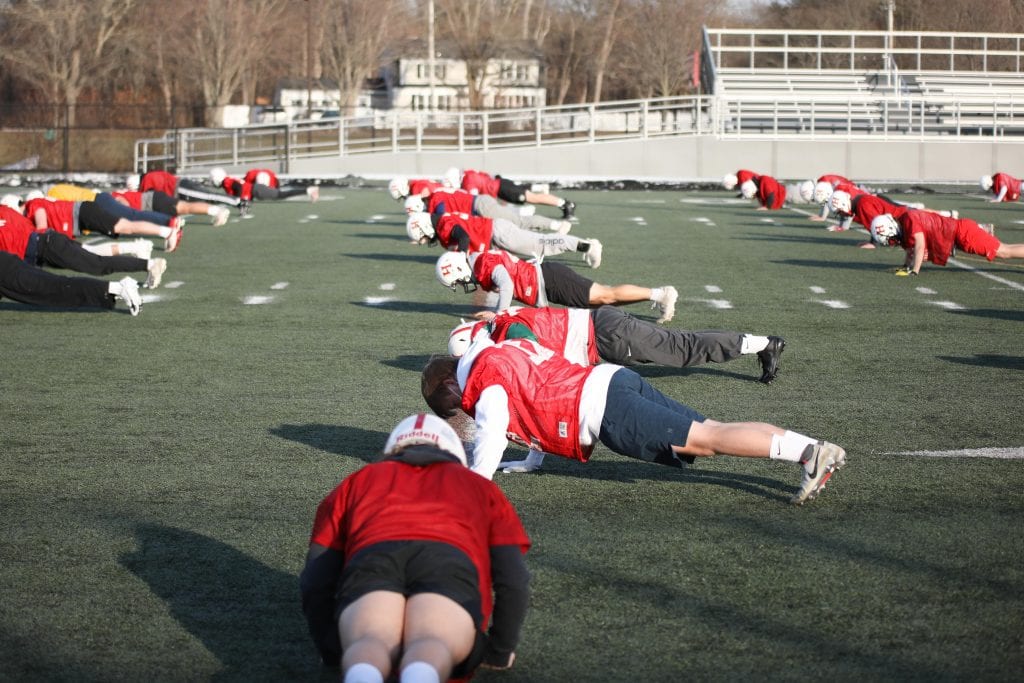 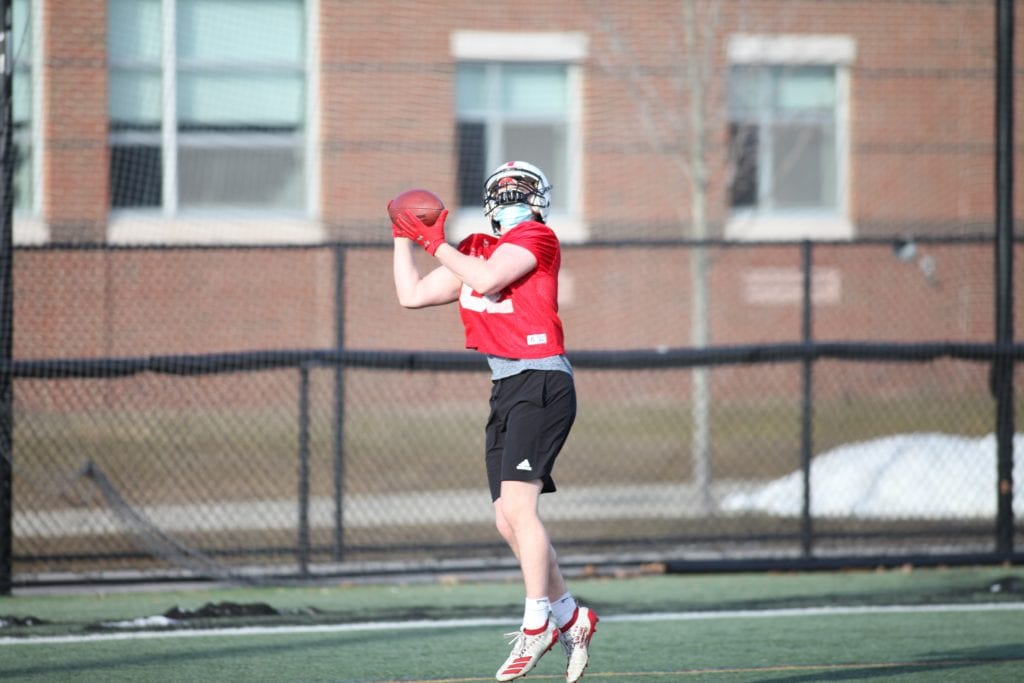 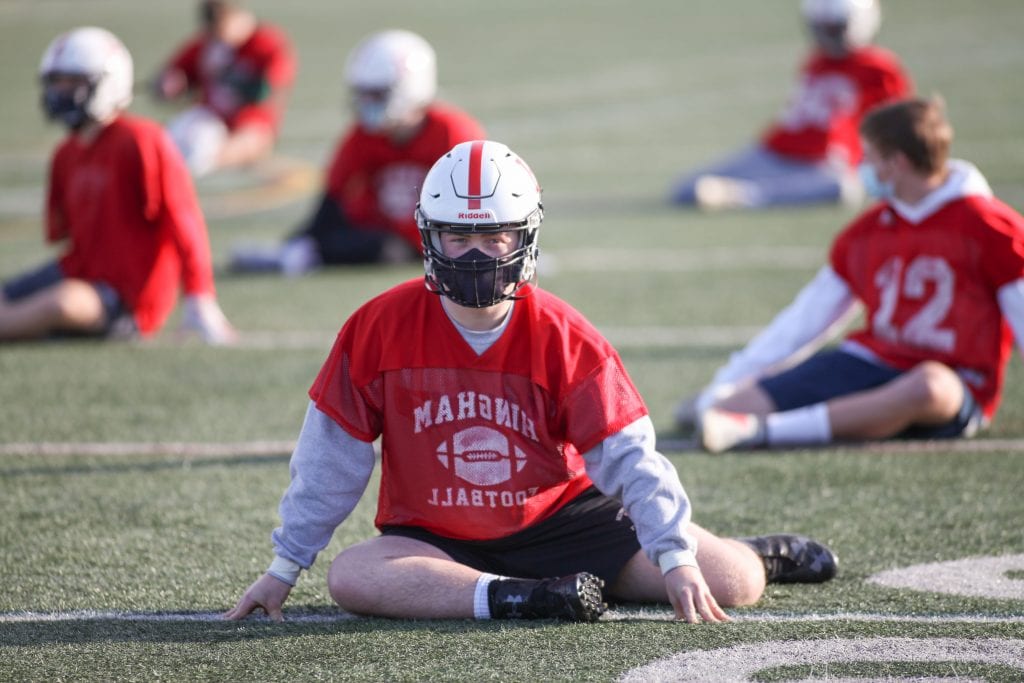 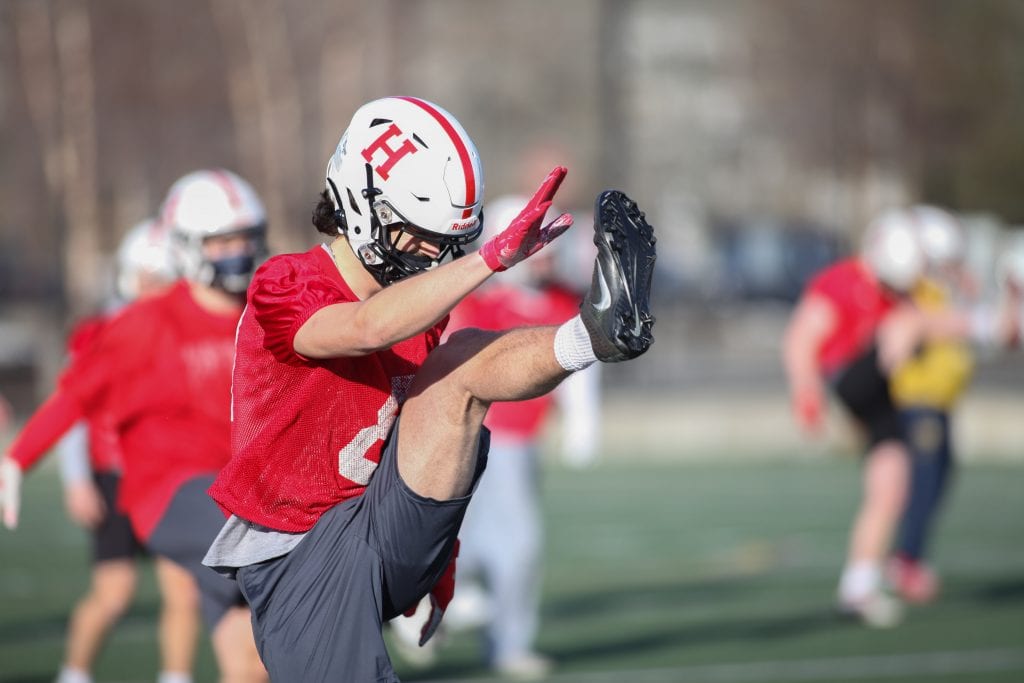 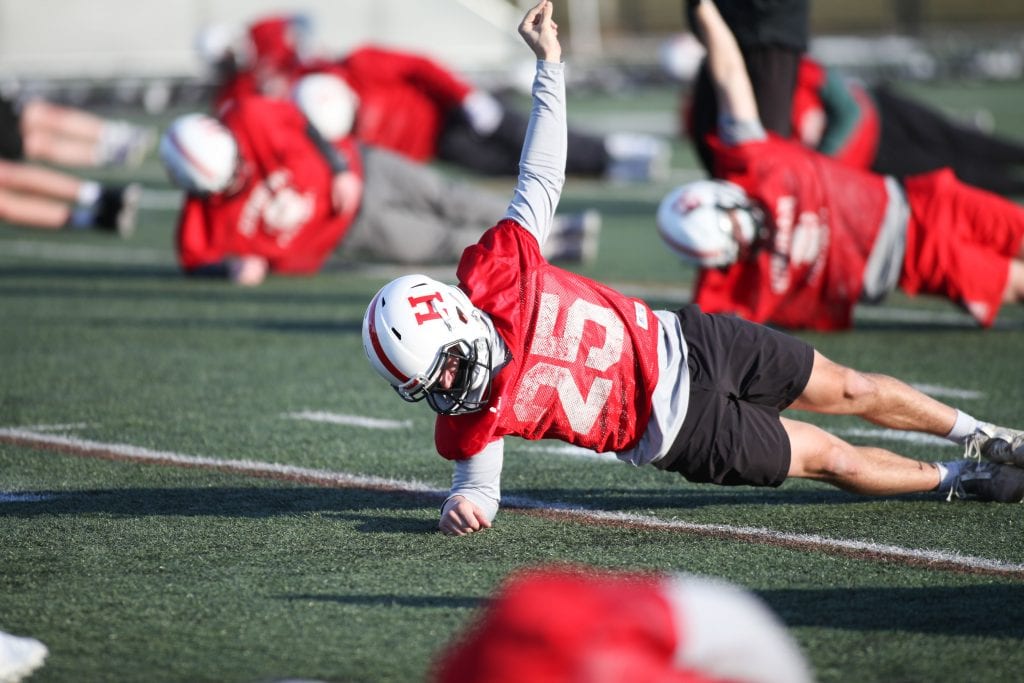 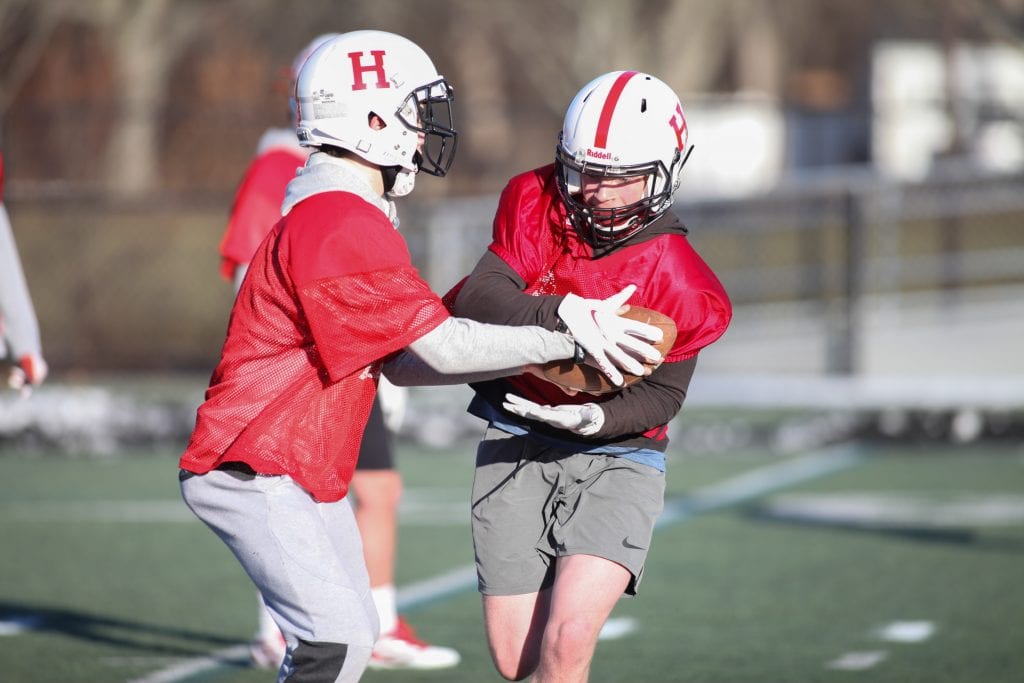 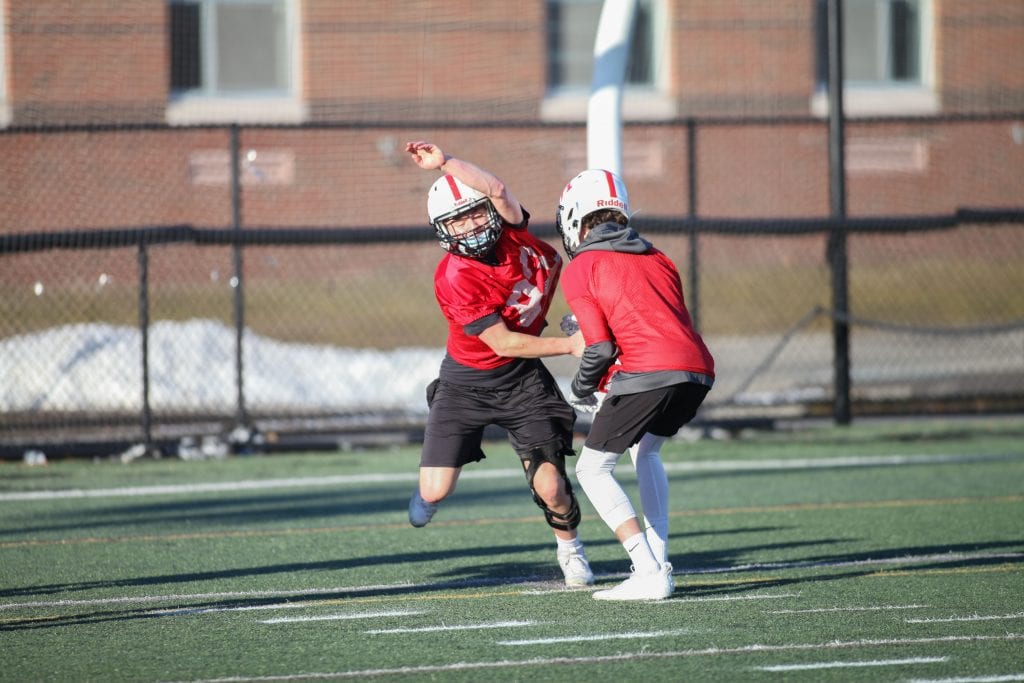 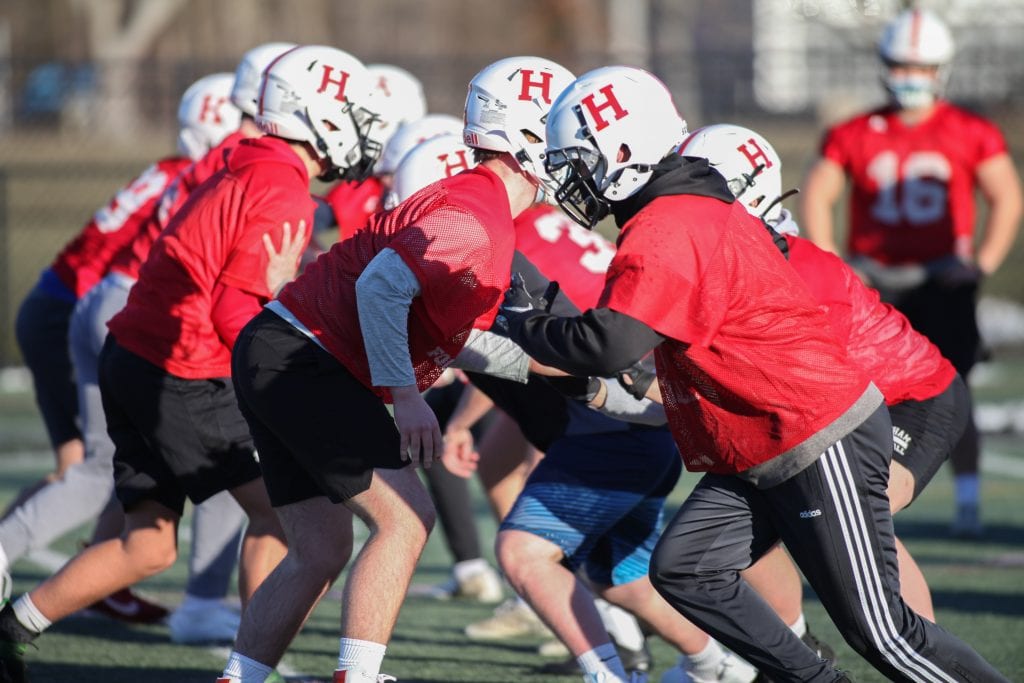