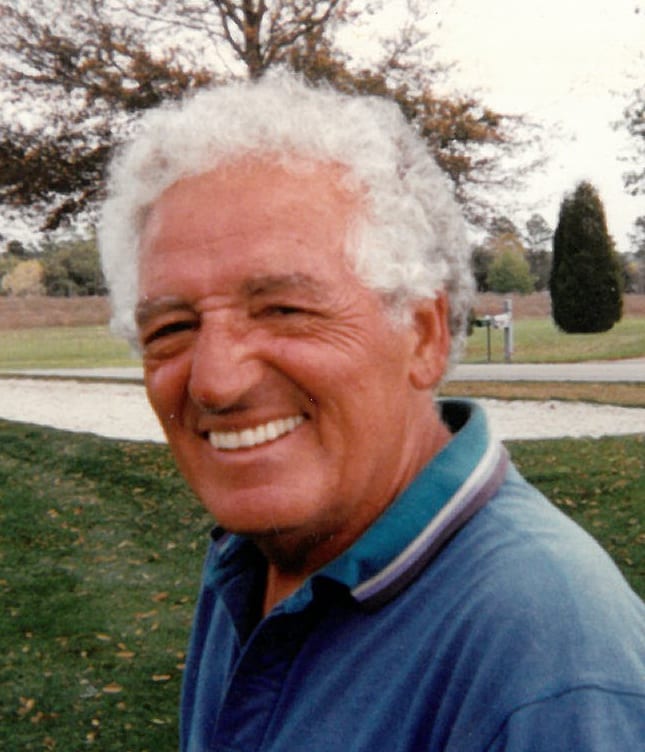 Balzano, Guido J., a longtime resident of Hingham, died peacefully on Tuesday, May 4, 2021 at the Harbor House in Hingham. He was 90.

Born in Torre del Greco, Italy on February 14, 1931, he was the son of the late Ciro and Anntoinetta (Belfiore) Balzano. At age three, Guido's parents immigrated to the United States and made Quincy their new home. Upon graduating from Quincy High School, Guido enlisted in the United States Army. He proudly served his country during the Korean War and was honorably discharged on September 30, 1954. Following his time in the service, Guido attended Boston University. After earning his bachelor's degree in biochemistry, Guido had a successful career with Bioran in Cambridge as well as several local hospitals before retiring in 1993. He had such a joyful personality throughout his entire life that he had many friends.

Guido’s two loves were his very beloved wife, Joyce (Halacy) Balzano and golf. Guido and Joyce married on May 6, 1961 at St. Joseph's Church in Quincy and shared 60 years of a loving marriage. They enjoyed time traveling together and spending winters in Florida. As a ‘lifer’ member of the South Shore Country Club, he was exceptionally skilled to have won Club Championships and to have made six holes in one!

Guido was the devoted uncle of 19 nieces and nephews and many loving grand and great grand nieces and nephews. He was preceded in death by his eight siblings – John, Jack, Joe, Mary (DeVellis), Phyllis (Cocio), Tony, George, and Jerry.

Guido's family would like to extend a special thank you to both Harbor House and Allerton House for the care and support given to Guido and his family. In lieu of flowers, donations in memory of Guido may be made to South Shore Community Action Council, Inc. in Plymouth, MA (an organization whose mission is to eliminate poverty on the South Shore).

Due to Covid-19 restrictions, Guido's funeral services will be celebrated privately. He will be interred in St. Paul's Cemetery, Hingham with military honors.

Family and friends who cannot gather with Guido's family at this time may still offer their support by visiting www.Keohane.com and sharing a special memory or message. For those who cannot access the website, please call 1-800-KEOHANE to have your message added.