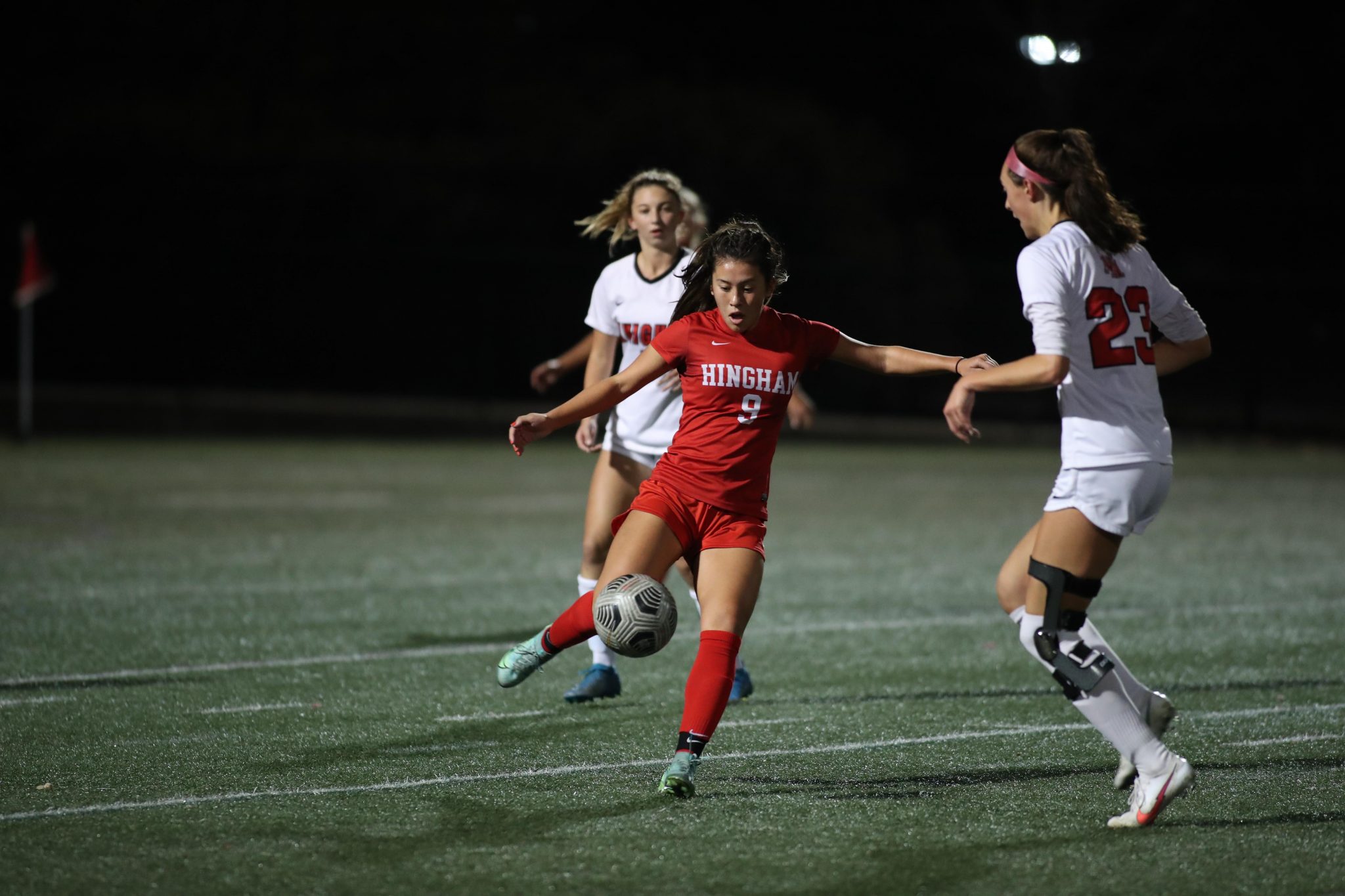 Senior Riley Cotter seems to clear out any and every ball that comes her way.

After Saturday’s close win, the girls came out against North Andover with the mindset to score, and score often.  Just three minutes in, senior Olivia Sharkansky scored off an Ava Maguire pass. Eight minutes later Maguire scored of a Sofie Reale pass and to come full circle, Reale buried one from a Sharkansky pass giving the Harborwomen a 3-0 just 20 minutes into the game.  The three goals were all Hingham needed on the night as they move past the Knights to the quarterfinals.

“We had what I called a dream start,” coach Sarah Dacey said after the game. “We played unbelievable in the first half and scored three great goals. If we play like that, good things will happen.”

The Harborwomen’s defense, once again, held their opponent scoreless.  Something they have done all year.  At times when the offense has stalled a bit, the shutdown “D” has been constant all year.

“Our back line played phenomenal tonight,” Dacey went on to say. “They don’t get enough credit. (Senior) Riley (Cotter) is our unsung hero without a doubt.  She pretty much plays every minute of every game and does her job so well.  We couldn’t do it without players like Riley and the players who aren’t in the newspaper every week but do their jobs really, really well.  It’s a total team effort.”

Hingham will next face 8th seed Algonquin High at 3pm on Saturday. 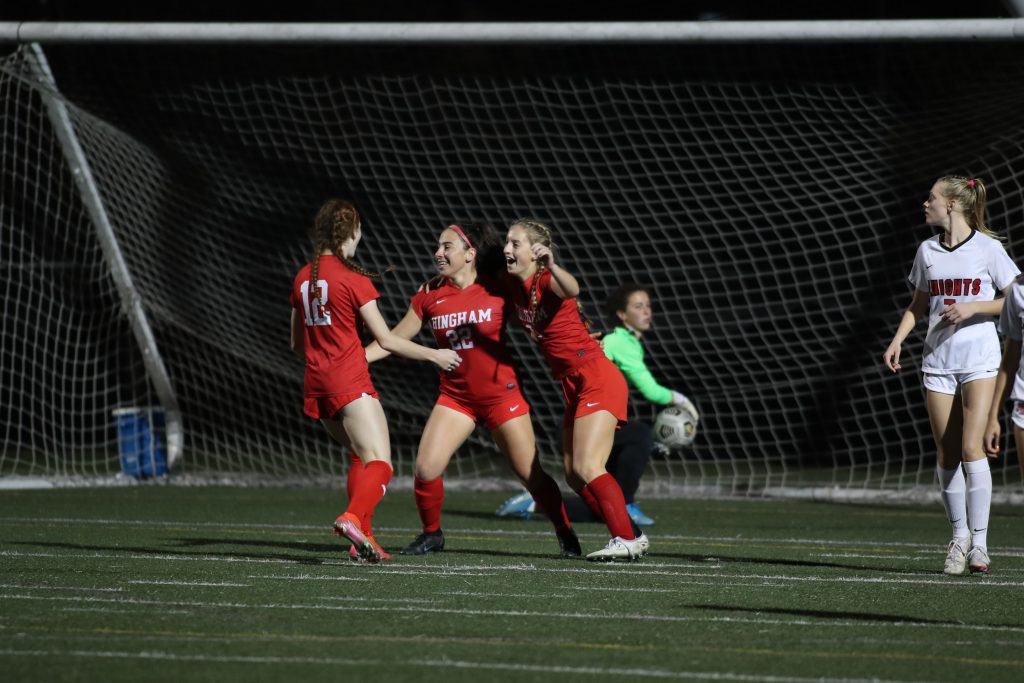 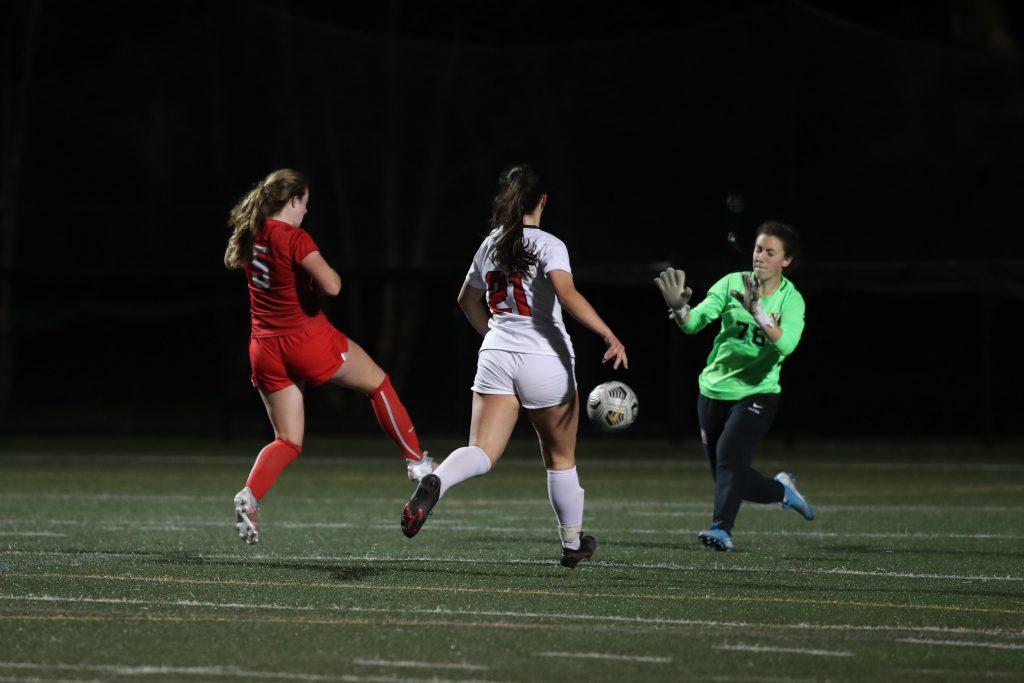 Senior captain Ava Maguire gets one by the goalie to make it 2-0. 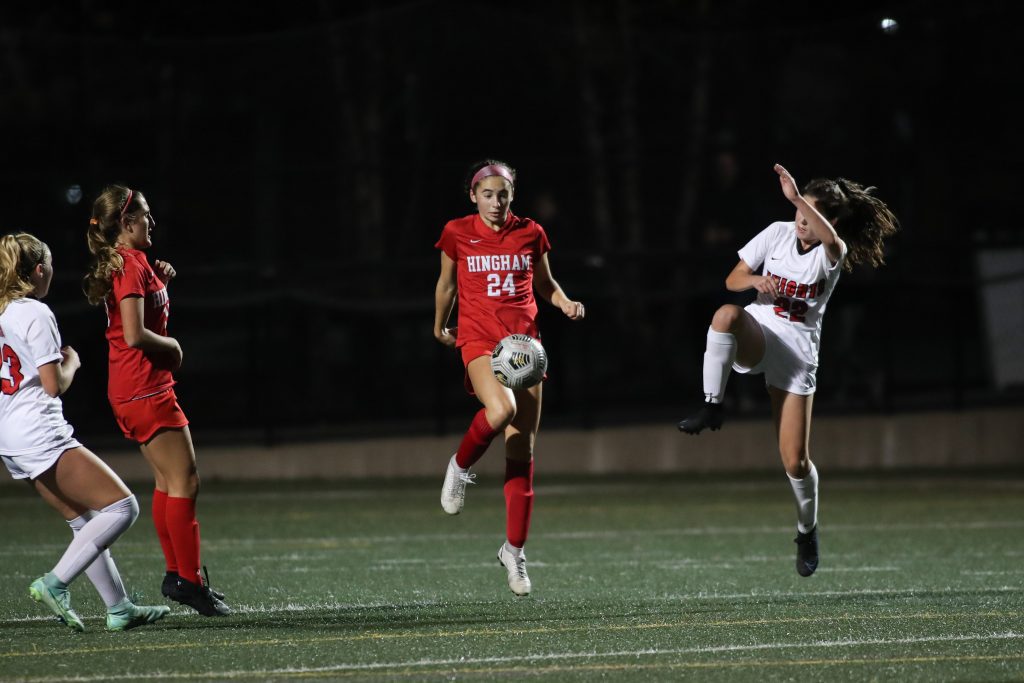 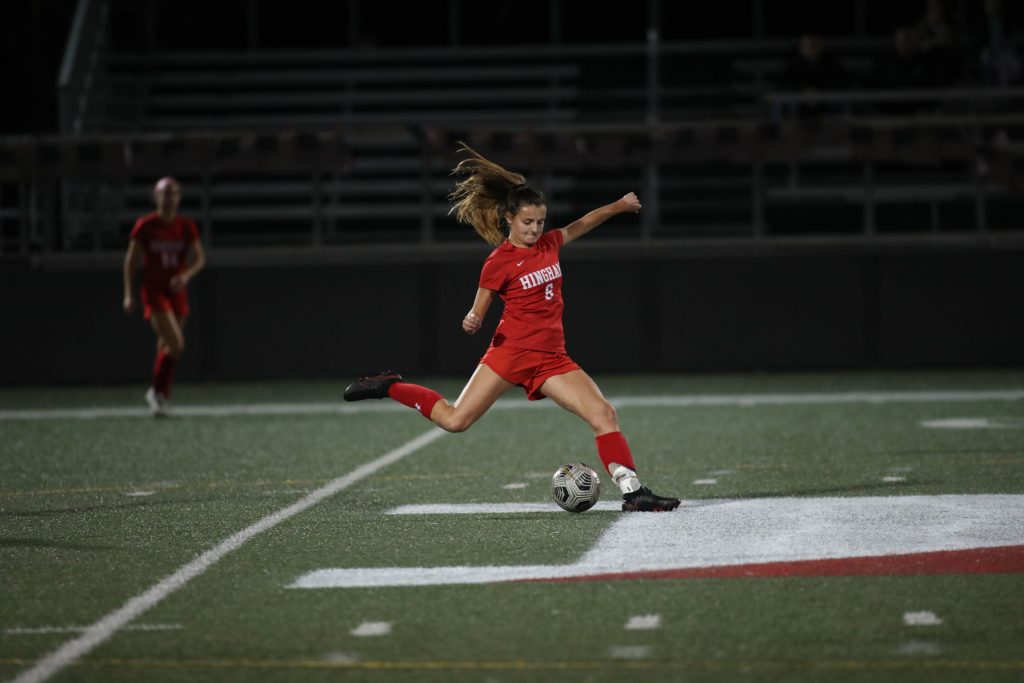 Junior Maddie Aughe kicks the ball downfield to her teammates. 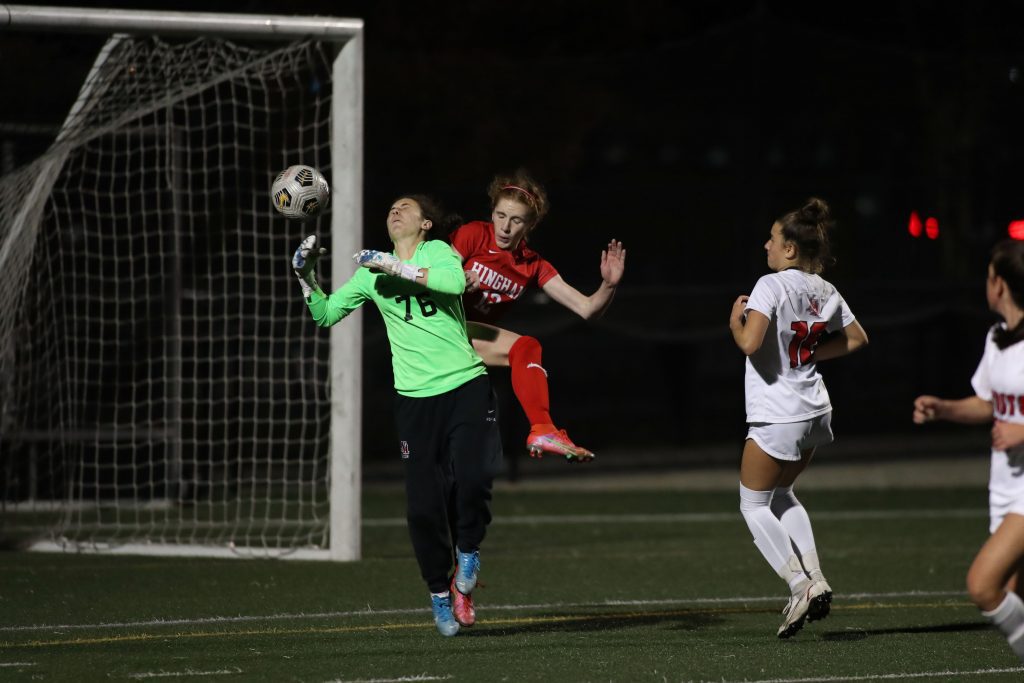 Sophomore Claire Murray made contact with the goalie in the second, earning her a yellow yard. 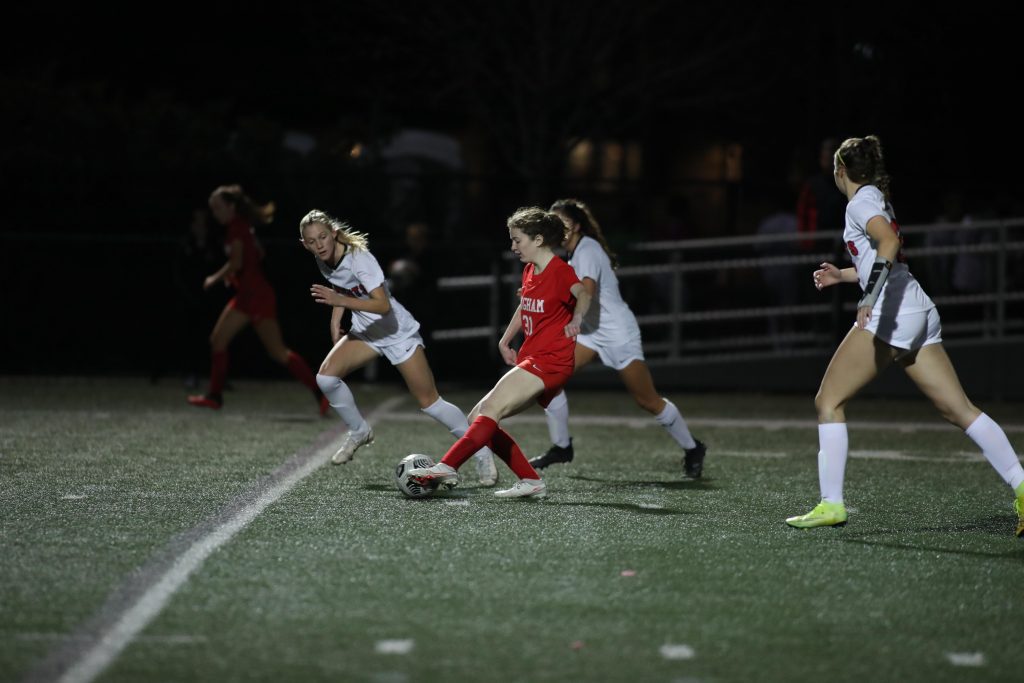 Junior Emma Mills with the pass in North Andover's end of the field. 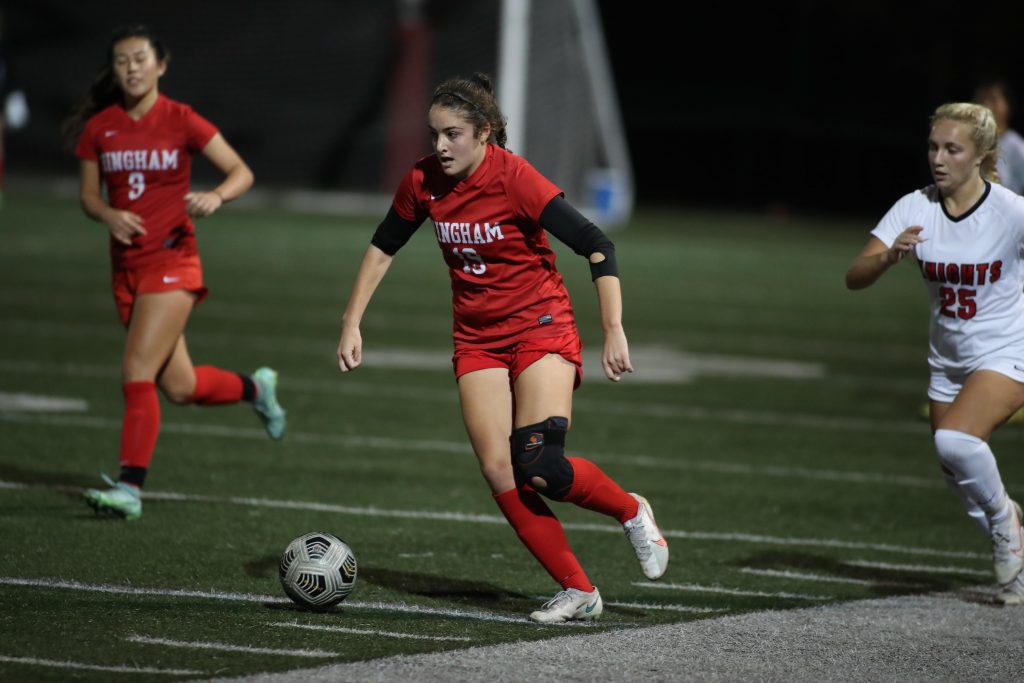 Senior captain Alex Higgins pushes the ball up the sidelines late in the game. 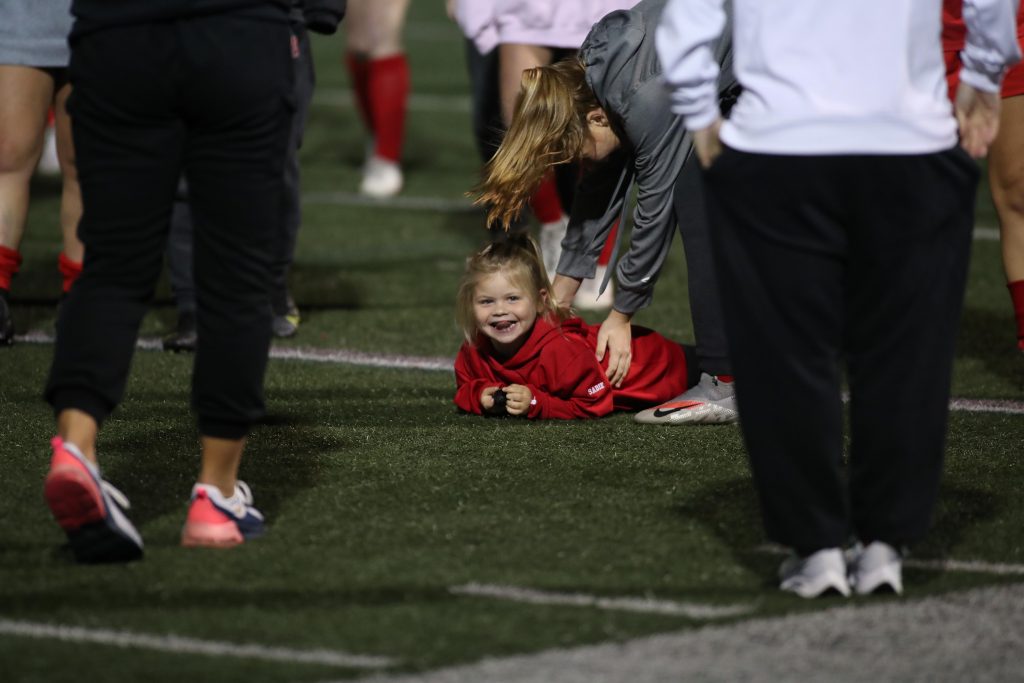 Hingham's biggest fan celebrating on the field after the win.