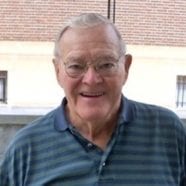 Donald W. James Sr., of Hingham, the founder of Eastern Scientific Company, died peacefully in the company of his loving wife of 65 years, Dorothy and their six children on May 12, 2021. He was 87.

Born in Brockton and raised in Braintree by his parents, Frank and Eva James, Don was a gifted athlete whose talents in basketball and baseball were particularly impressive. While still in high school, he pitched a no hitter drawing the attention of the Boston Braves who drafted him while only a junior in high school. Don’s parents had other ideas for him and insisted that he graduate high school before entertaining professional baseball. He graduated from Braintree High School in 1952.

Following high school, Don enlisted in the Massachusetts Army National Guard where he served honorably for 12 years before being discharged with the rank of Sergeant. At the same time, Don was working as a plumber and carpenter until founding the Eastern Scientific Company in 1971.The family-owned business recently celebrated its 50th anniversary.

Don was a humble man who never spoke about his amazing contributions and devout faith. A convert who didn’t make his First Communion until he was 47, he immersed himself in living out his faith serving St. Paul Parish for many years as a member of the St. Vincent DePaul Society, as Head Sacristan and as Head Usher for 20 years.

Apart from his faith, family and friends were at the core of Don’s life. With 15 grandchildren and one great-grandchild, he attended countless sporting events, theatrical performances and family celebrations. Always having words of individual encouragement to each person he met, Don made friends through golf, visiting Martha’s Vineyard each summer and attending community events like the infamous Hingham Fourth of July celebrations. He was truly an amazing gentleman.

He is also survived by his sister, Marilyn Long of Rockland and his sister-in-law Martha and her husband Richard Donovan. He was the brother of the late Francis B and Robert James, Evelyn Zeoli, Barbara Knudson, and Marjorie James.

Relatives and friends are respectfully invited to greet the family during visiting hours on Monday from 4-8 in the Pyne Keohane Funeral Home, 21 Emerald St. (off Central St.), HINGHAM.

Due to COVID-19 restrictions, the Funeral Mass and committal will be private.