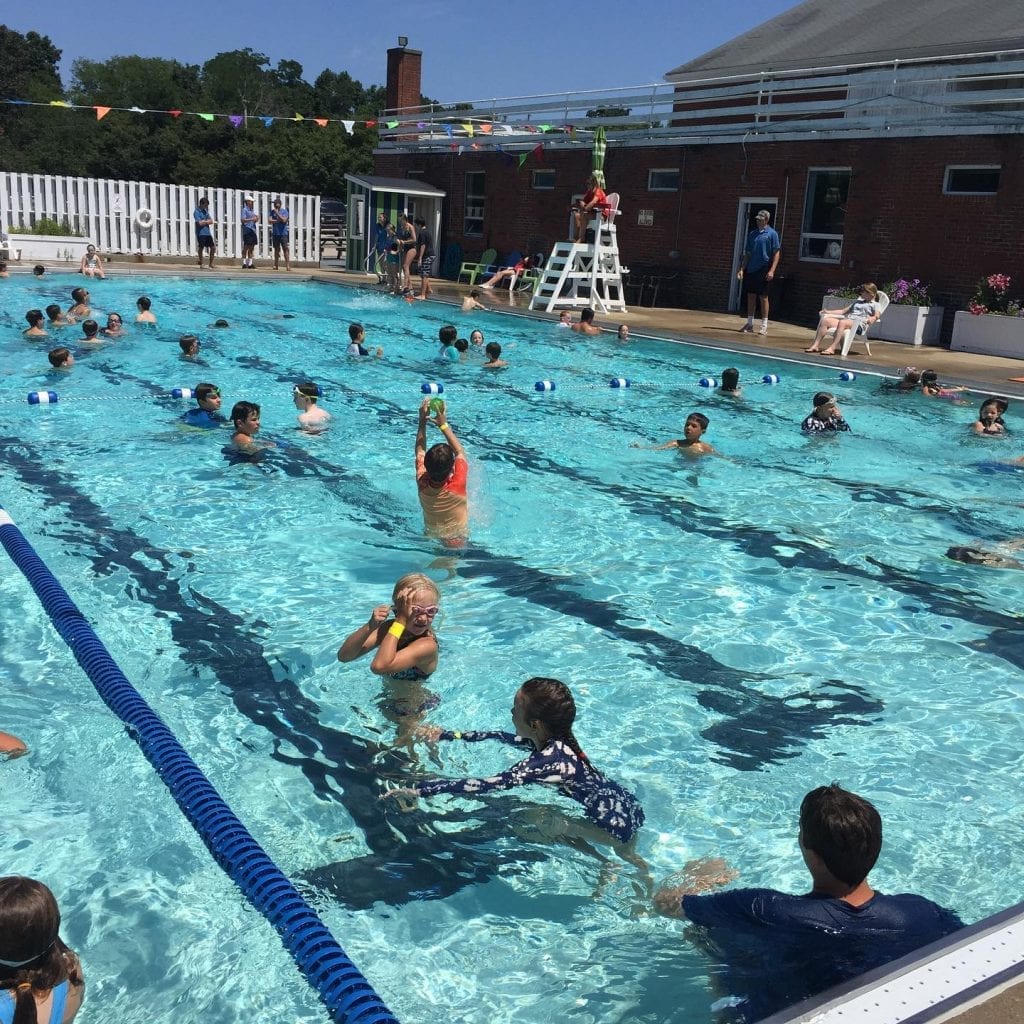 The South Shore Country Club Management Committee decided recently in a unanimous vote to defer its application for $3 million in Community Preservation Act funding  -- from a total project cost estimate of $7.6 million -- for a new pool until next year's budget cycle, for Town Meeting consideration in April 2022.

"This decision was not made lightly, as it's always been our goal to have club improvements -- including the town pool -- completed for our 100th Anniversary in 2022," SSCCMC Chair Christine Smith told the Selectmen during the board's remote meeting last night.

The current pool has been closed for some time and will not reopen because of its poor and unsafe condition.

The proposal for a new pool includes an eight-lane outdoor pool with splash pad, bathroom/locker facilities, and spectator area, built to accommodate a year-round "bubble" for use by the entire community.

Since the Selectmen's procedural vote allowing four CPA funding proposals that involve town property -- including the SSCC pool -- to move to the next step in the process in late September, it became obvious to the Committee and SSCC Executive Director Kevin Whalen, that COVID-19 has had a detrimental effect on the timeline for designing and constructing two projects (the pool and the maintenance facility that serves the Club) at opposite ends of the property at the same time, "while still being able to effectively operate the club's core golf and restaurant business," Smith said.

A two-month delay in hiring an operating project manager for both the pool and maintenance facility -- whose tasks include both creating the Club's master plan and designing and constructing both the new maintenance facility and outdoor pool complex -- resulted in a compressed time frame for many deliverables needed for a successful Town Meeting vote in April 2021.

"This approach will allow more time for thoughtful design and community input for our Master Plan and pool facility, while giving town officials time to work together on an overall financing plan with more concrete capital figures and a more realistic timeline for demolition and construction," Smith said.

While realizing that residents of Hingham and neighboring towns will be disappointed with this news, the Committee and Whalen appreciate everyone's patience with the delay.

"We're trying to deliver a reasonable project for the town that we can all be proud of and get behind, particularly during these trying times," Smith said.

Selectmen Chair Mary Power realized this was not an easy decision. "It's not a matter of if, but a matter of when," she said. "While the Committee feels now is not the right time, the need [for a new pool] won't go away. I'll look forward to another future application."

As background, Town Meeting 2020 voters approved a $500,000 CPA grant for the design of the pool, with construction documents. That process is underway. The SSCC's self-supporting enterprise fund will cover the cost of the maintenance facility.