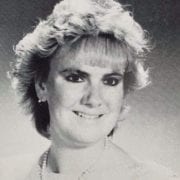 Christin Ann Rossi of Hingham, passed away on Friday September 11, 2020.  She was a cherished daughter, sister, and aunt.

Christin was a 1982 graduate of Northwest Catholic High School in West Hartford, CT, and a 1986 graduate of Marist College in Poughkeepsie, NY, where she earned a bachelor’s degree. Christin was a Senior Grant Administrator for the Massachusetts General Hospital Cancer Center in Boston, having a 23-year career that she loved.

She cherished her family and friends who meant everything to her. She took great joy in watching her nieces and nephews grow up and delighted in spending much time with them. She enjoyed the television program Longmire, and traveled to Buffalo Wyoming several times to attend the annual Longmire Days festival. Christin enjoyed traveling and in particular cherished the time she spent in Italy and Spain over the years.

Immediate services are private. A celebration of Christin’s life will be held at a later date, and an announcement will be published on the funeral home website.

In lieu of flowers, we would like to purchase a bench in her name at her beloved Marist college.

To contribute toward a bench on the Marist College campus in Christin’s memory, visit https://www.givecampus.com/gbr4d7 . Checks can also be mailed to Office of College Advancement, Marist College at 3399 North Rd. in Poughkeepsie, NY 12601. Please indicate “Christin Rossi” on the memo line of your check.