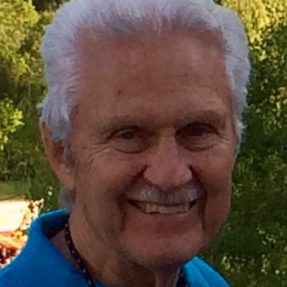 Charles Kardok, 88, of Hingham, MA, passed away on January 29th after injuries resulting from a fall at home.

Charles was born on December 29th, 1933 in New Britain, Connecticut. He graduated college at Middle Tennessee State University in 1959 after three years of Submarine Service in the United States Navy.

After graduation, he met the love of his life, Barbara Lenda of Middletown, Connecticut. They married and relocated to Hingham, MA to pursue careers in teaching and computer data processing.

After retiring in 1999, Charles dedicated his time to supporting his special needs son, Matthew and the many activities and organizations Matt is involved in. Charles was a dedicated fund raiser, multiple sport coach for Special Olympics and was inducted into the Special Olympics Hall of Fame in 2012.  Charles was an avid Formula 1 fan and loved motocross racing with his sons.

Charles is survived by his wife, Barbara, his son Michael and his wife Joanne of Needham, his son David and his spouse Tony Workman of Harpers Ferry, WV, his son Peter and his wife Katherine of Virginia Beach, VA, his sons Andy and Matt of Hanover and six loving grandchildren, Meghan, Frank, Michael Jr.(predeceased), Laura, Brian and Christopher.

Relatives and friends are respectfully invited to greet the family during the visiting hours on Sunday 2-6 PM in the Pyne Keohane Funeral Home, 21 Emerald St. (off Central St.), Hingham.  A Celebration of Life Service will be held in the funeral home at 9:15 AM on Monday prior to the Funeral Mass in Church of the Resurrection, 1057 Main St., Hingham at 10 AM.  Burial in St. Paul’s Cemetery, Hingham.

Donations in memory of Charles may be made to The Friendship Home PO Box 916 Norwell, MA 02061 www.friendshiphome.net/give or to Special Olympics Massachusetts, 512 Forest Street Marlborough, MA 01752   www.support.specialolympics.org/a/massachusetts