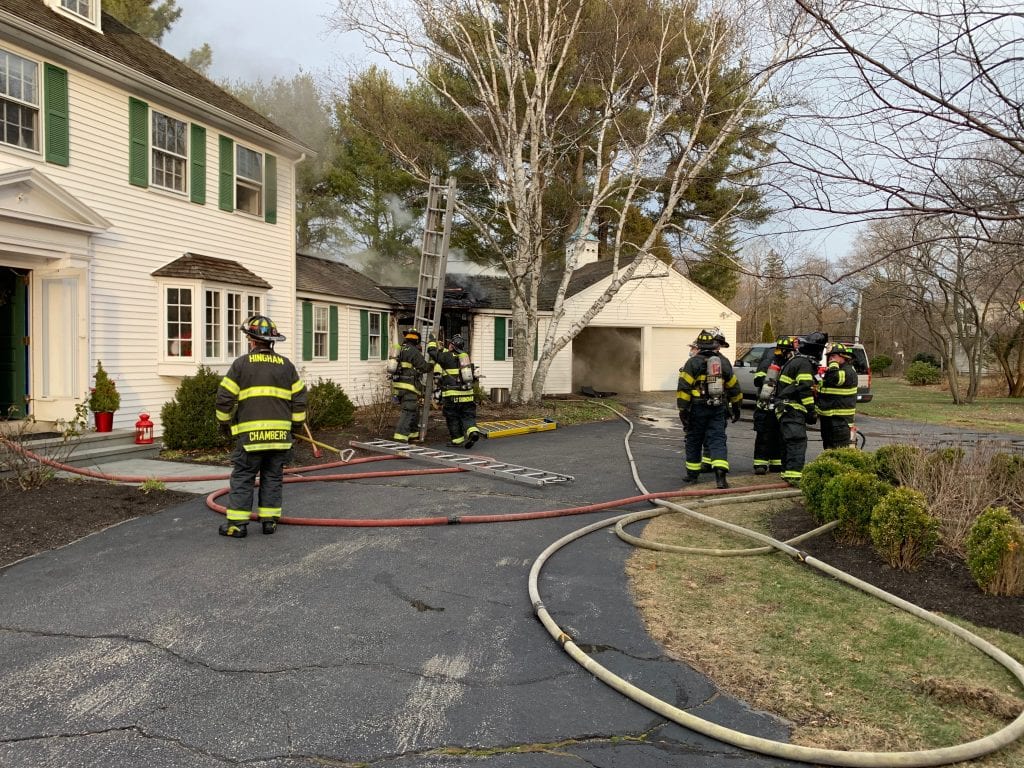 There was heavy damage to the breezeway that spread to the garage, but the fire did not extend into the house, which had mild smoke damage, Deputy Fire Chief Louis Lachance told the Hingham Anchor. The cause of the fire is under investigation.

In addition to the Hingham Fire Department, mutual aid was provided by the Hull, Cohasset, Norwell, and Weymouth fire departments, with Scituate and Rockland providing station coverage.

No one was at home when the fire -- which was reported by a passerby -- broke out. There were no injuries.

Members of the Red Cross were on the scene to assist. "The family has made other arrangements," Lachance said.