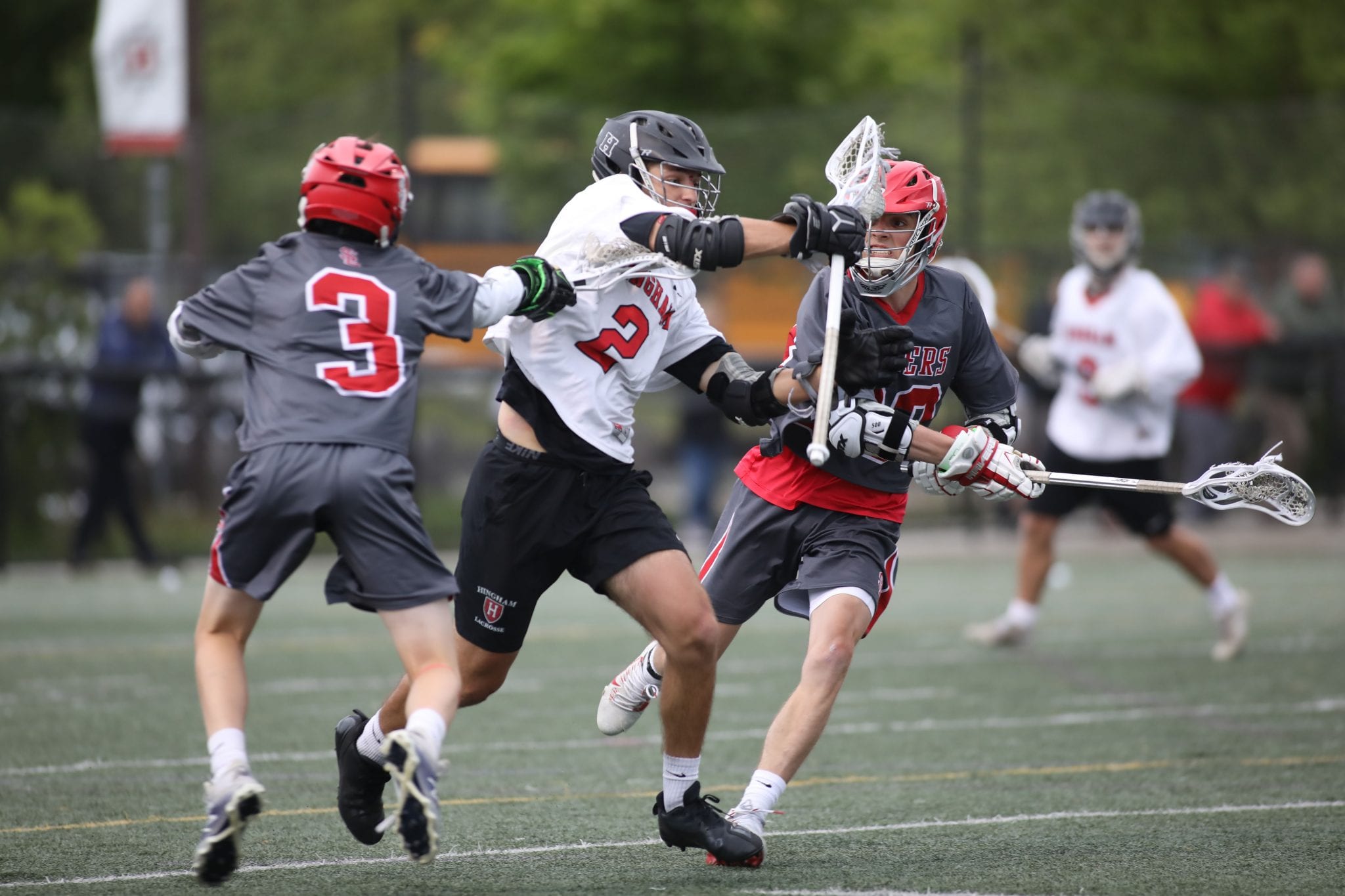 The boys matched up against Silver Lake on Friday for their Patriot Cup semi-final game.  The Harbormen jumped out to a quick start and didn't look back.  The scoring came from up and down the line-up in the first half including seniors Alex Rabschnuk and captain Charlie Crean , juniors Henry Crean, and Owen Hoffman, as well as 2 goals in the last 20 seconds of the half by seniors Lars Osterberg and captain Paul Forbes, with his third of the half, as time expired.  The boys took a 10-1 lead into halftime.

Second half was much of the same.  Great defense and goaltending with some insurance goals by H. Crean, sophomore Chase McKenna, and senior Matt Falvey.  The Harbormen notched the 13-2 win and will meet Duxbury on Tuesday at home for the Patriot League Cup. 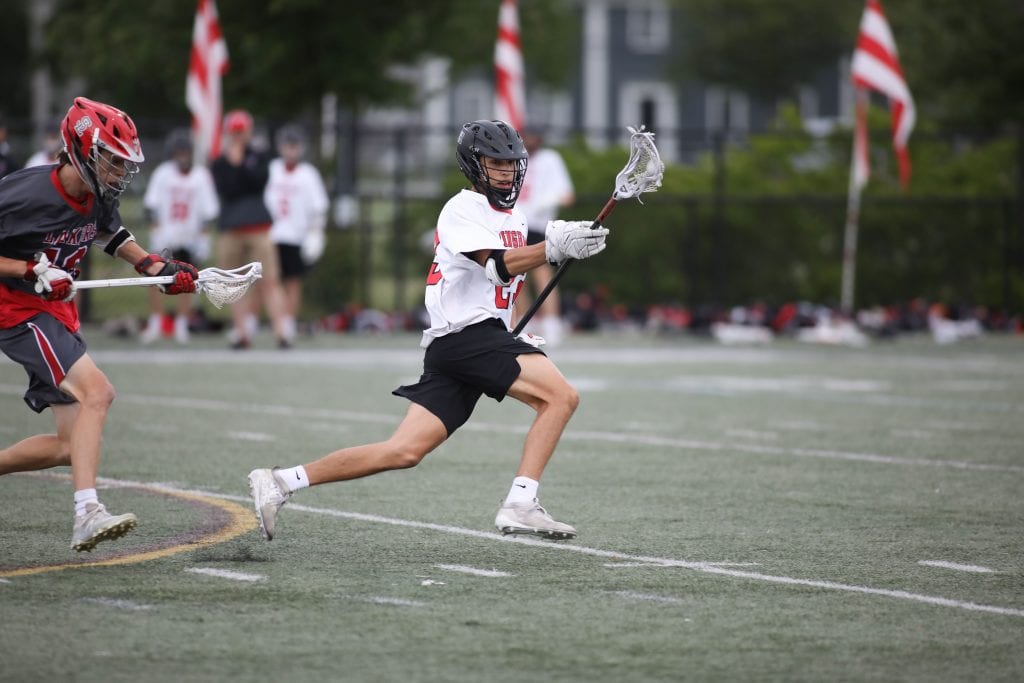 Senior Lars Osterberg looks for a teammate in the first quarter. 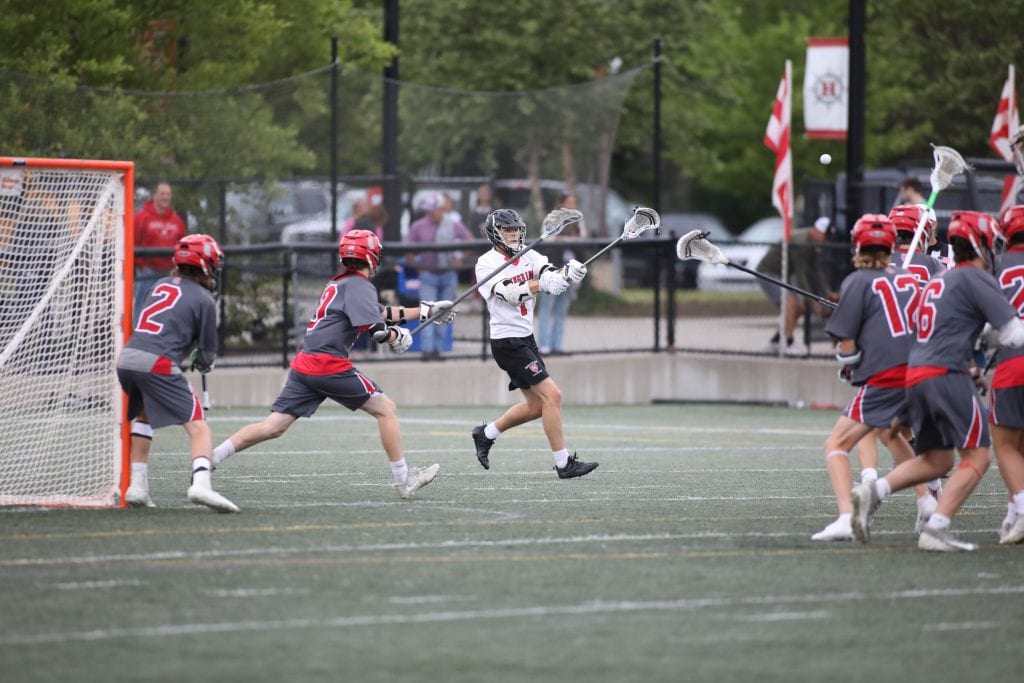 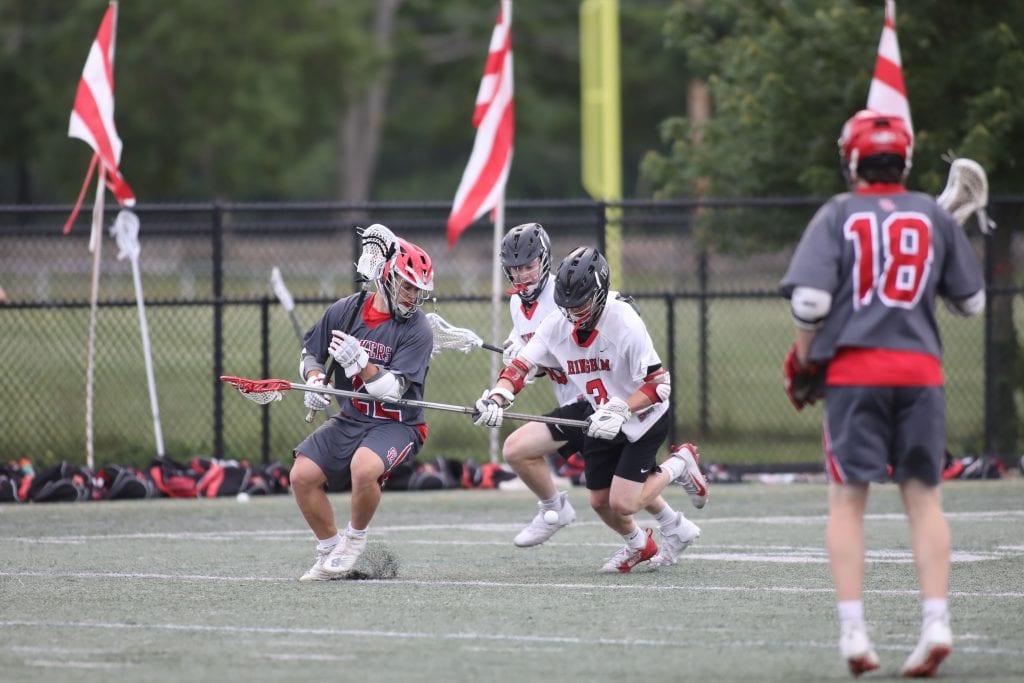 Senior Charlie Noering knocks the ball out of the stick of the SL player. 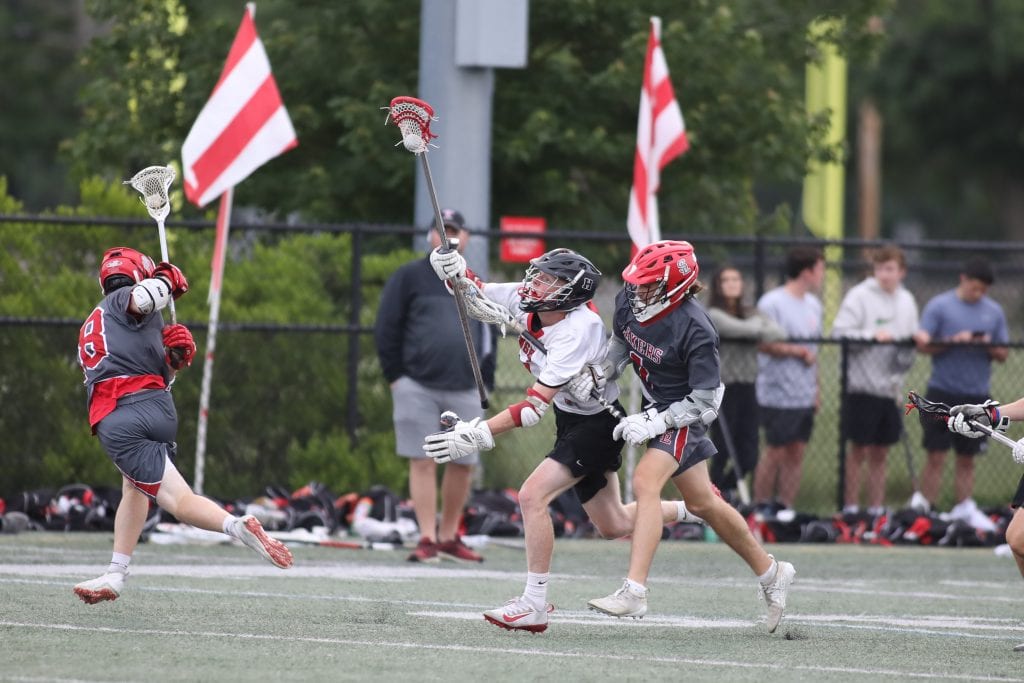 Junior Cal Crawford fights through the stick checking to get the ball out. 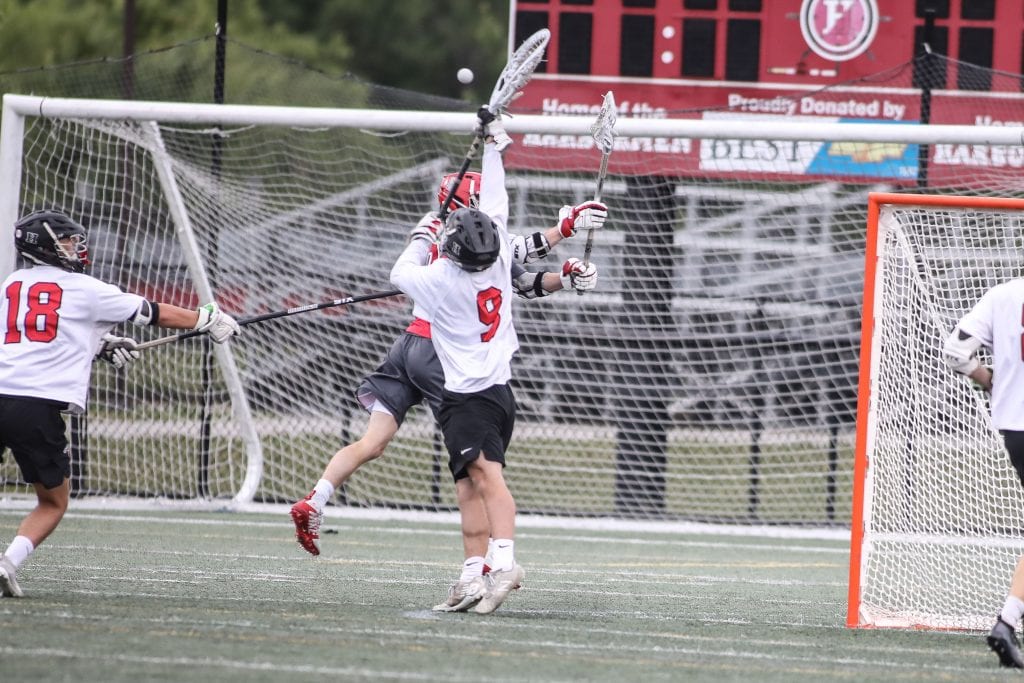 Senior captain Sam Bellomy comes out of his net to make a big stop in the first half. 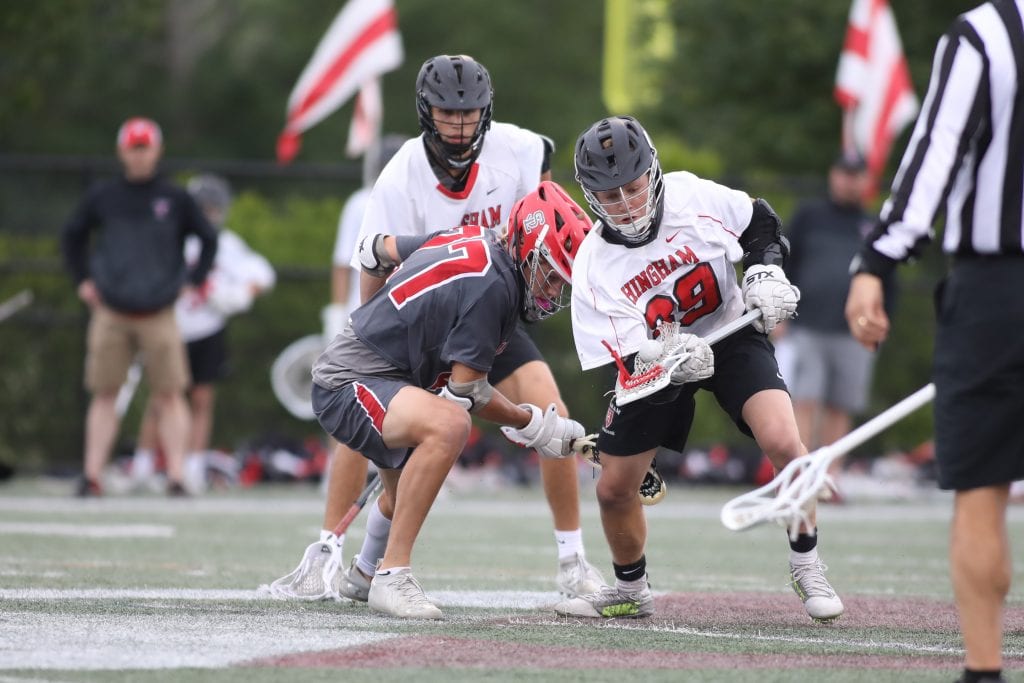 Sophomore Gus Belsher wins one of many face-offs in the first half. 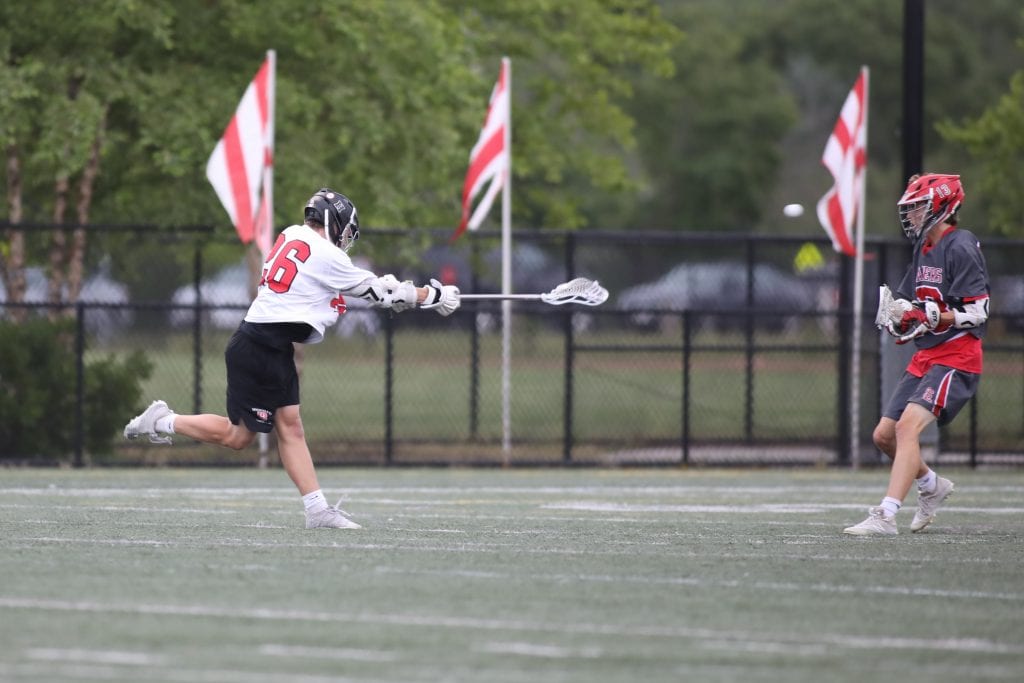 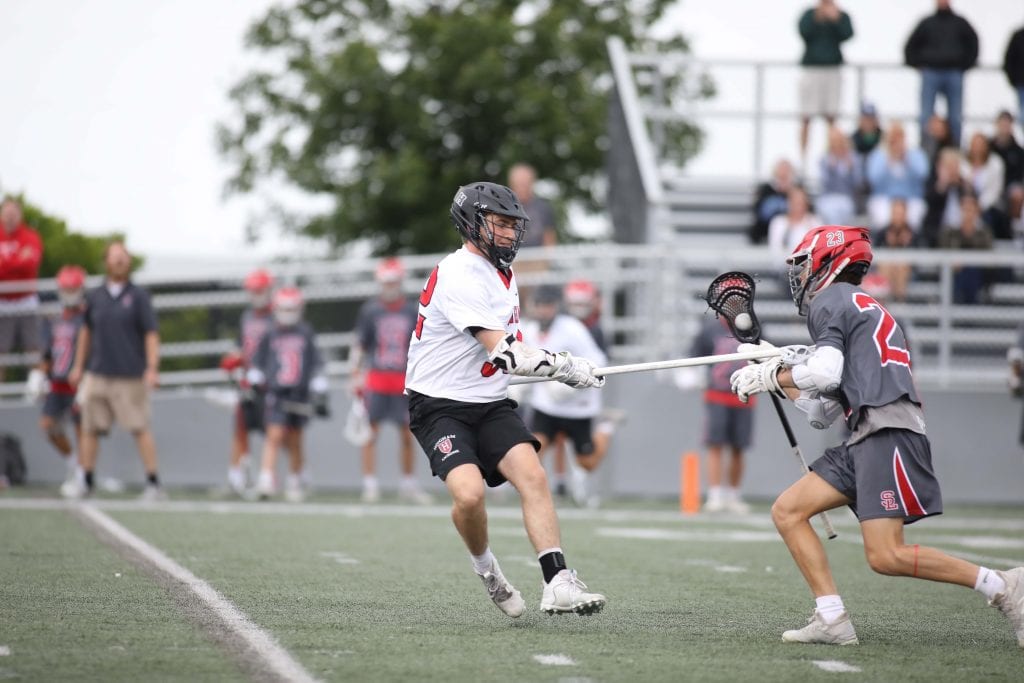 Sophomore Ben Rakauskas gets a stick on the SL player. 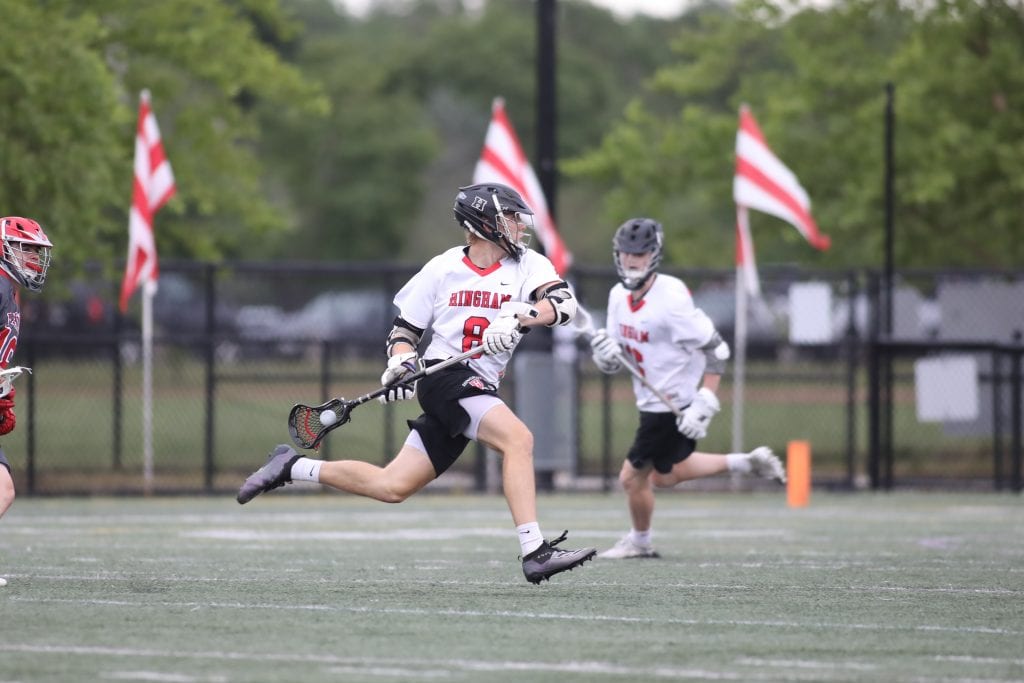 Junior Connor Hartman winds up to take a shot in the second half. 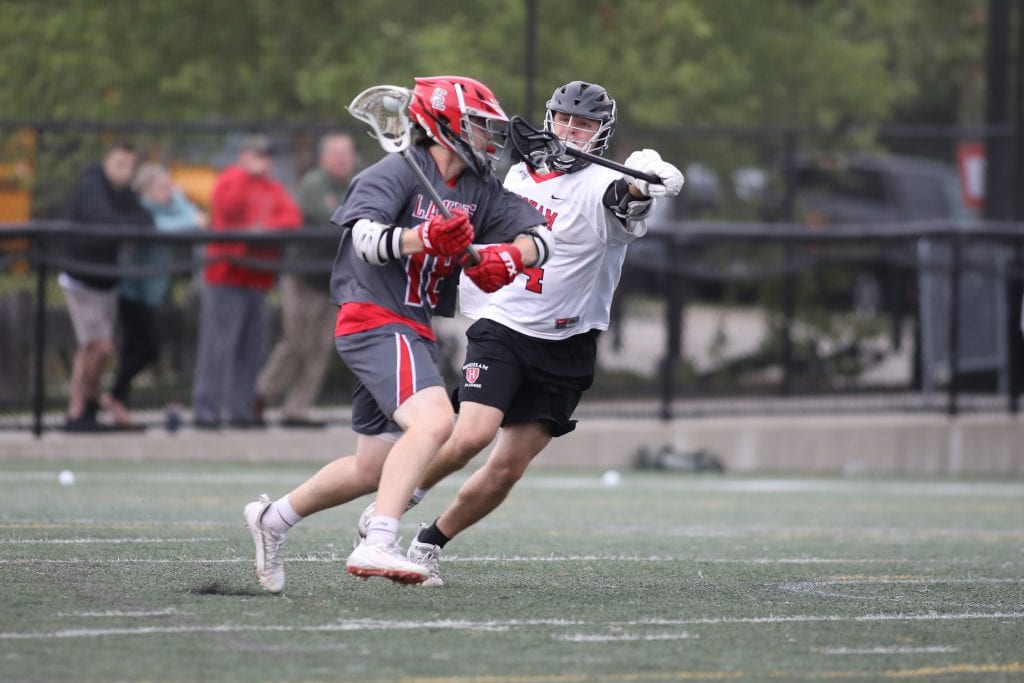 Senior Alex Rabschnuk makes it difficult for the Laker to see who he's passing to. 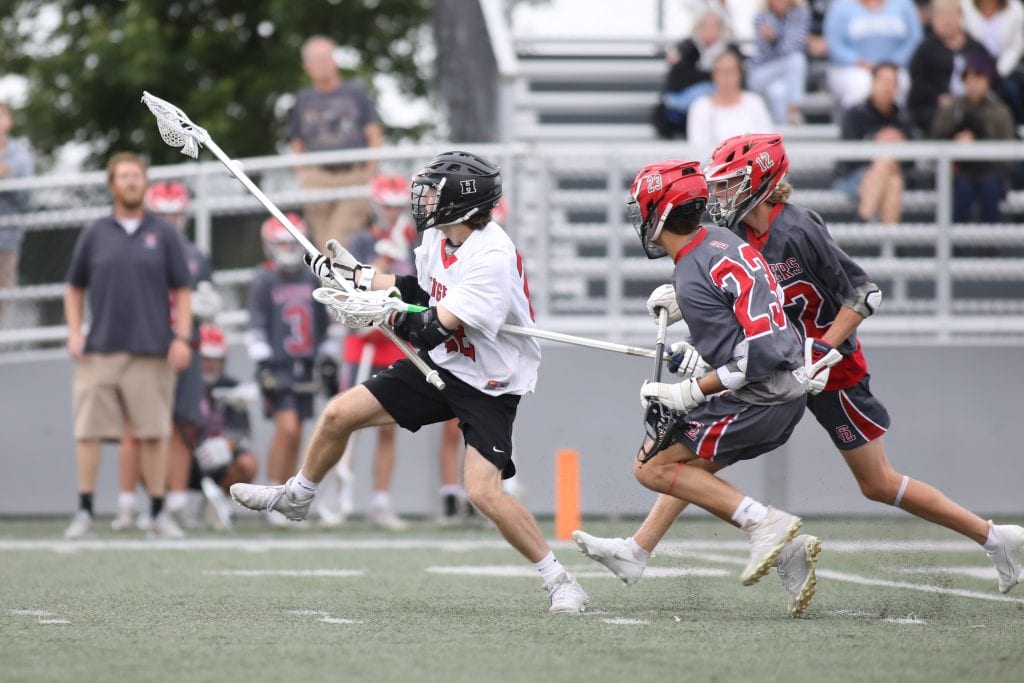 Senior Cooper Estes draws a penalty in the second half. 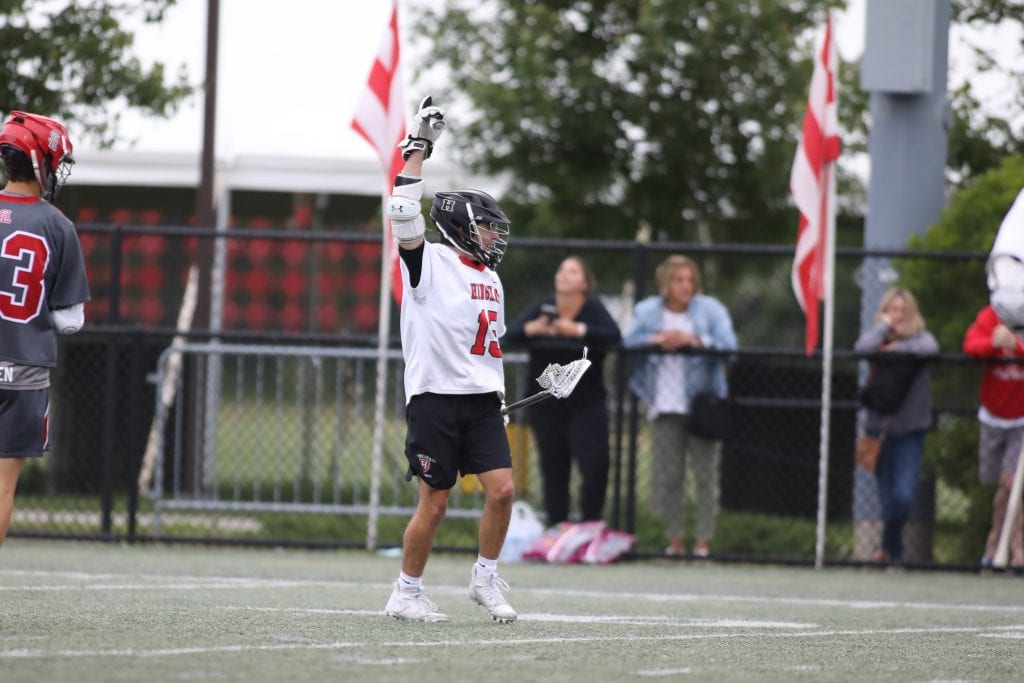 Sophomore Chase McKenna celebrates his goal late in the game. 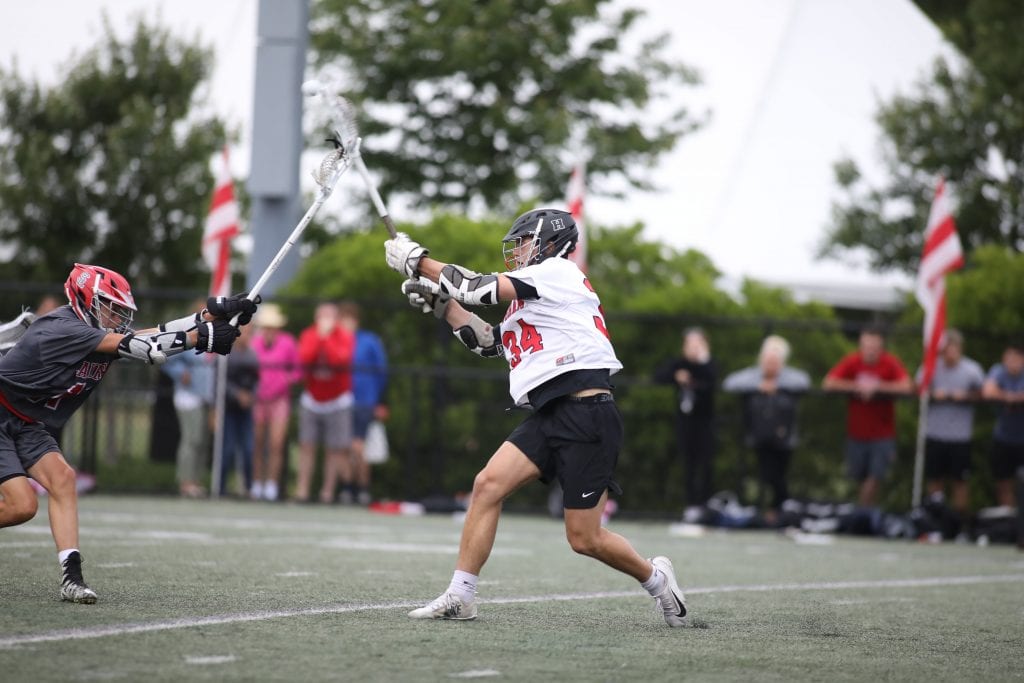 Senior Nate LaRhette steps into one late in the game. 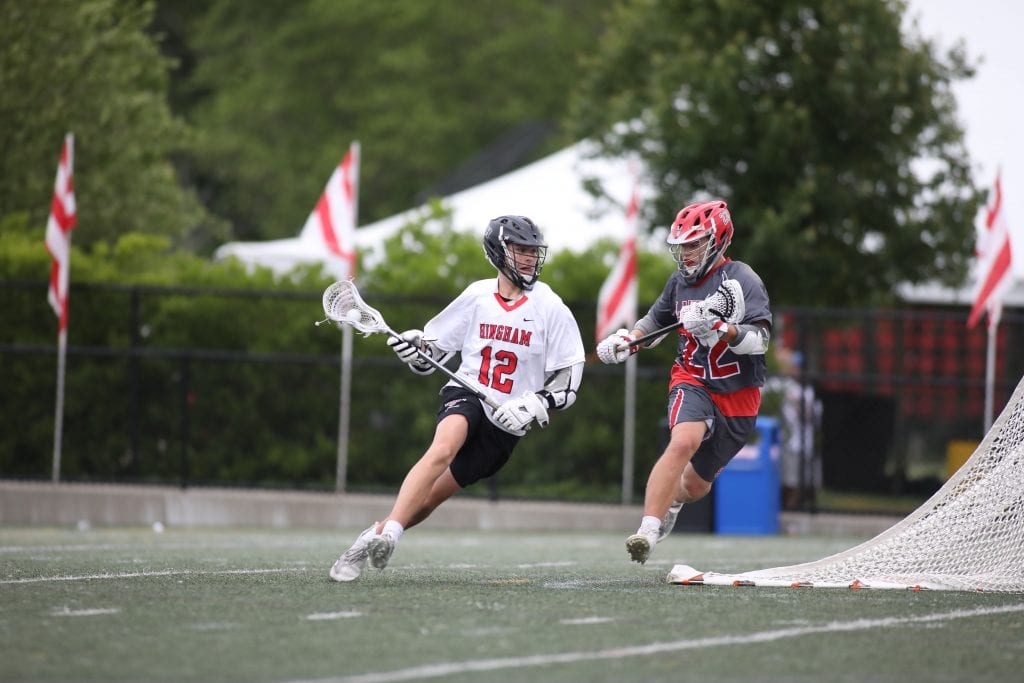 Senior Matt Falvey puts an exclamation point in the final minutes of the game. 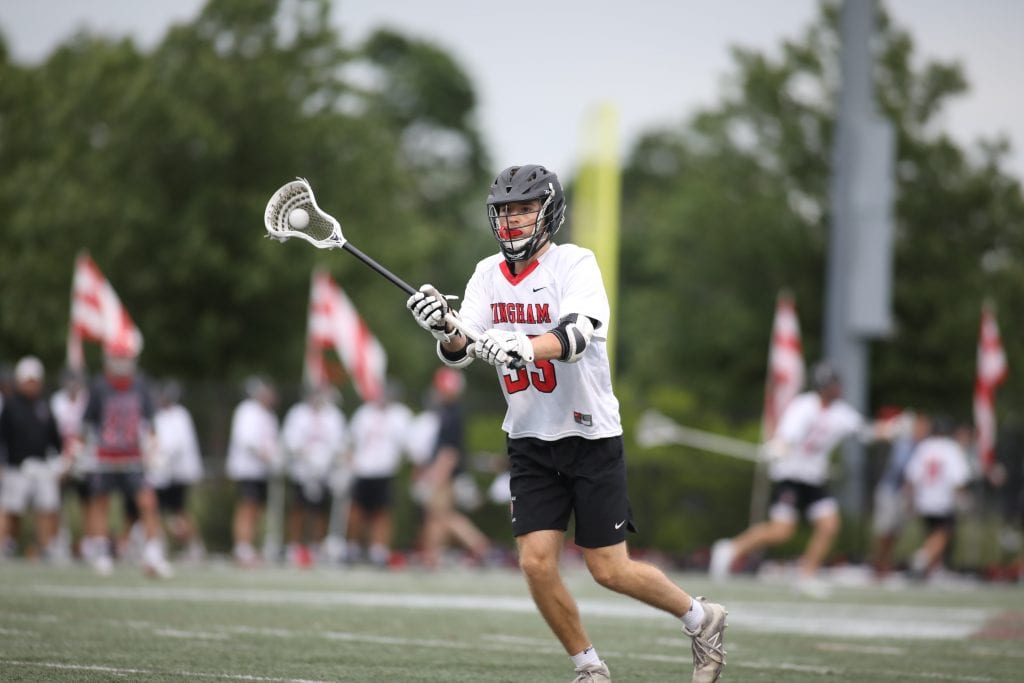 Senior Jake Sutton passing the ball around as time expires in Hingham's win.