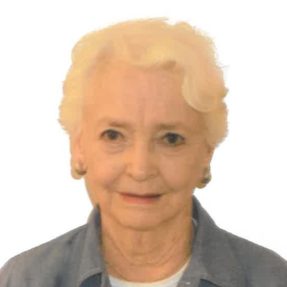 As the youngest of five, Bernie was born in Springfield, MA and spent many summers in Green Harbor at her family home, developing a lifelong love of the ocean.

After graduating from Cathedral High School in Springfield, she obtained a Bachelor’s degree in Drama and English from Emerson College in 1953 while also teaching dance at Arthur Murray Dance Studio in Boston and performing in many amateur drama productions.

Bernie earned her M.S. in Speech at Emerson in 1961, joining the faculty at Emerson in 1960. She obtained a Doctorate in 1977 from Boston College, and taught a variety of Communications classes to hundreds of Emerson students including Jay Leno and Henry Winkler. Whether lecturing seminarians in Brighton or counseling to undergraduates, she was a much sought-after resource whose tenure at Emerson spanned over 25 years.

Always active in the community, she became sensitized in the 70’s to the lack of resources then available to women who had been subjected to domestic violence. Starting as a few volunteers manning a phone support line, she co-founded and was later elected President of DOVE Domestic Violence Ended, a Quincy based nonprofit which today provides a range of outreach, advocacy and support services to thousands of women in need.

Bernie also became deeply involved in small claims mediation at the Quincy District Court during the 1980s, becoming one of the court’s most valued mediators and as a result was awarded the Jason Feldman Outstanding Citizen’s Award for her service.

After her retirement, she continued to feed her passion for world travel and dramatic arts, participating in choral groups, local plays and providing voice characters for the Cape Cod Radio Mystery Theatre programs.

Visitation is 8- 9:30 AM on Tuesday, January 24 at Pyne Koehane Funeral Home, 21 Emerald Street, Hingham. A Funeral Mass will be held at 10 AM at the Church of the Resurrection, 1057 Main Street, Hingham. Burial will follow at Mayflower Cemetery, Duxbury. Memorial donations may be made to DOVE, Domestic Violence Ended P.O. Box 690267 Quincy, MA 02269.