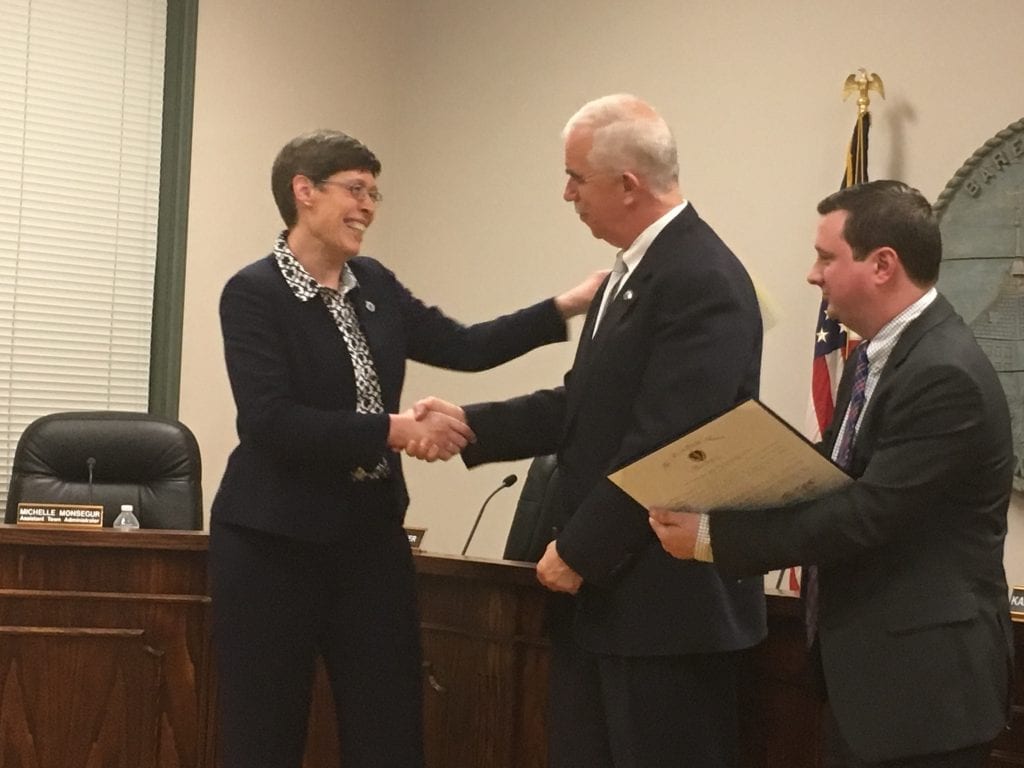 It started out as a regular Selectmen's meeting but turned into an awards night of sorts.

First the board recognized the efforts of the Water Company Acquisition Study Committee and presented each member with a framed proclamation in appreciation of their "exceptional work" and "skill, foresight, and patience" throughout the seven-year process. 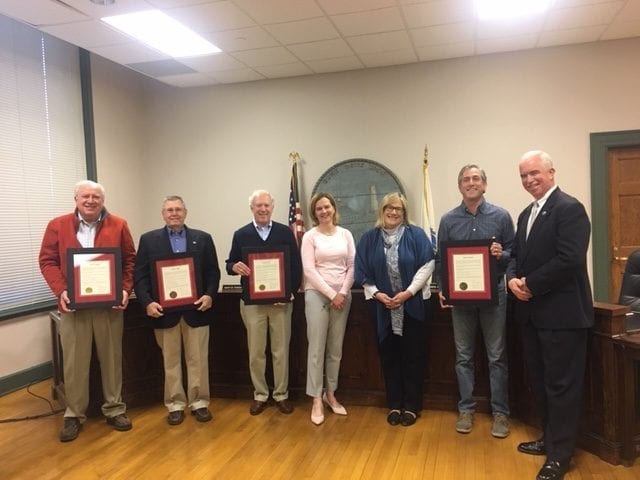 Higgins in turn thanked Healey for his nearly four decades of service to the town, starting when he was hired as a Hingham Police Officer to his present-day service as a selectmen. Healey is not running for re-election.

"You've provided leadership with integrity and fairness, always with the best interests of Hingham in your heart," Higgins said. 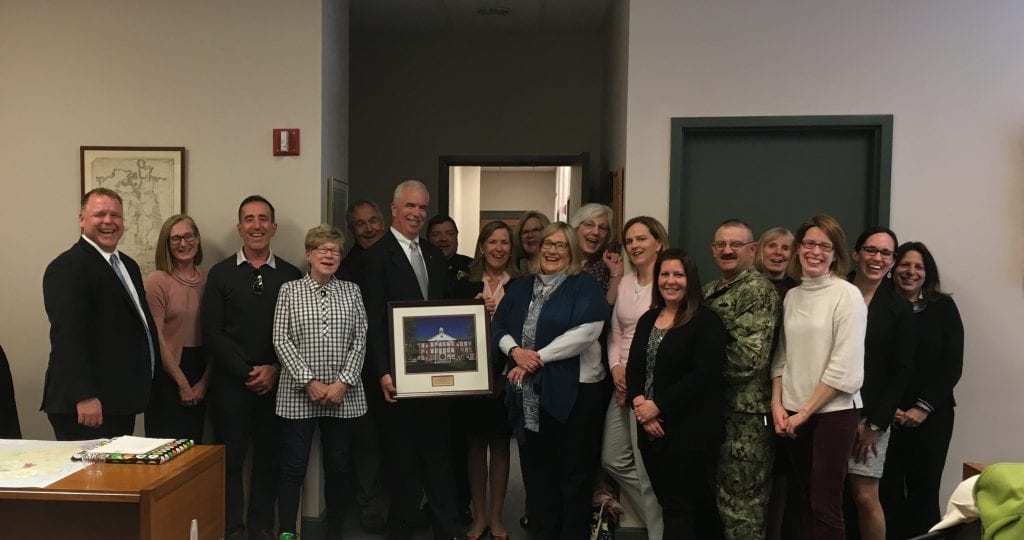 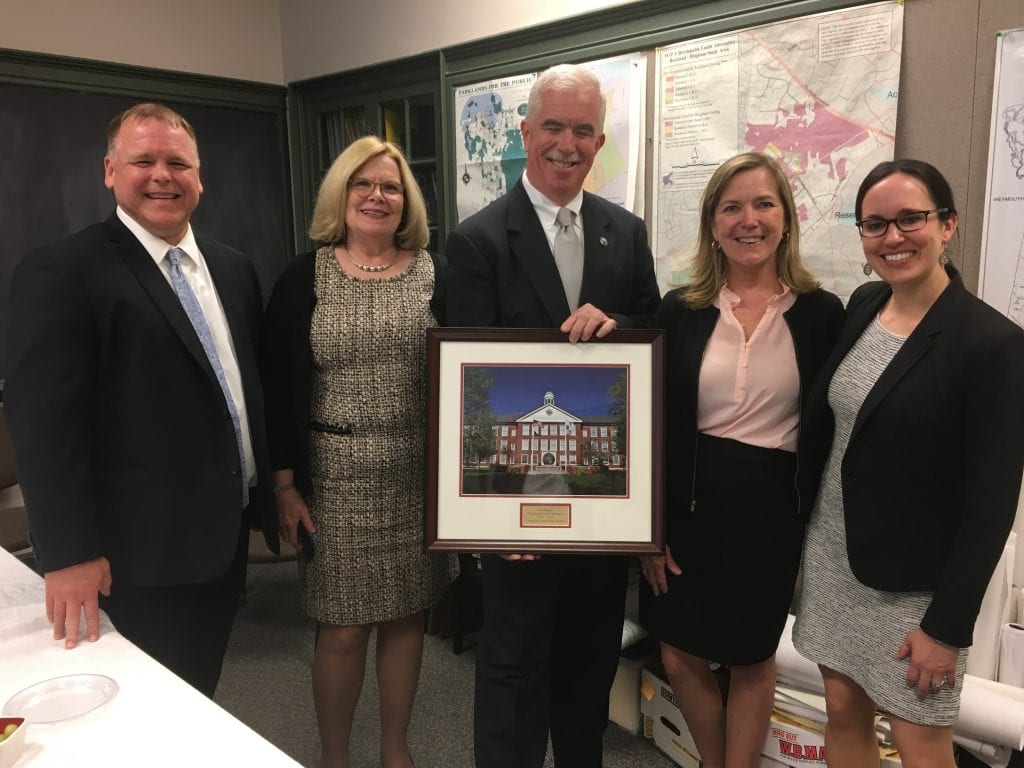 Healey attended a farewell party thrown by Town Hall staff before the meeting and was honored again by State Rep. Joan Meschino and State Sen. Patrick O'Connor who were present to provide a legislative update to the Selectmen on potential state funding specific to Hingham and took the oppotunity to recognize Healey at the same time.