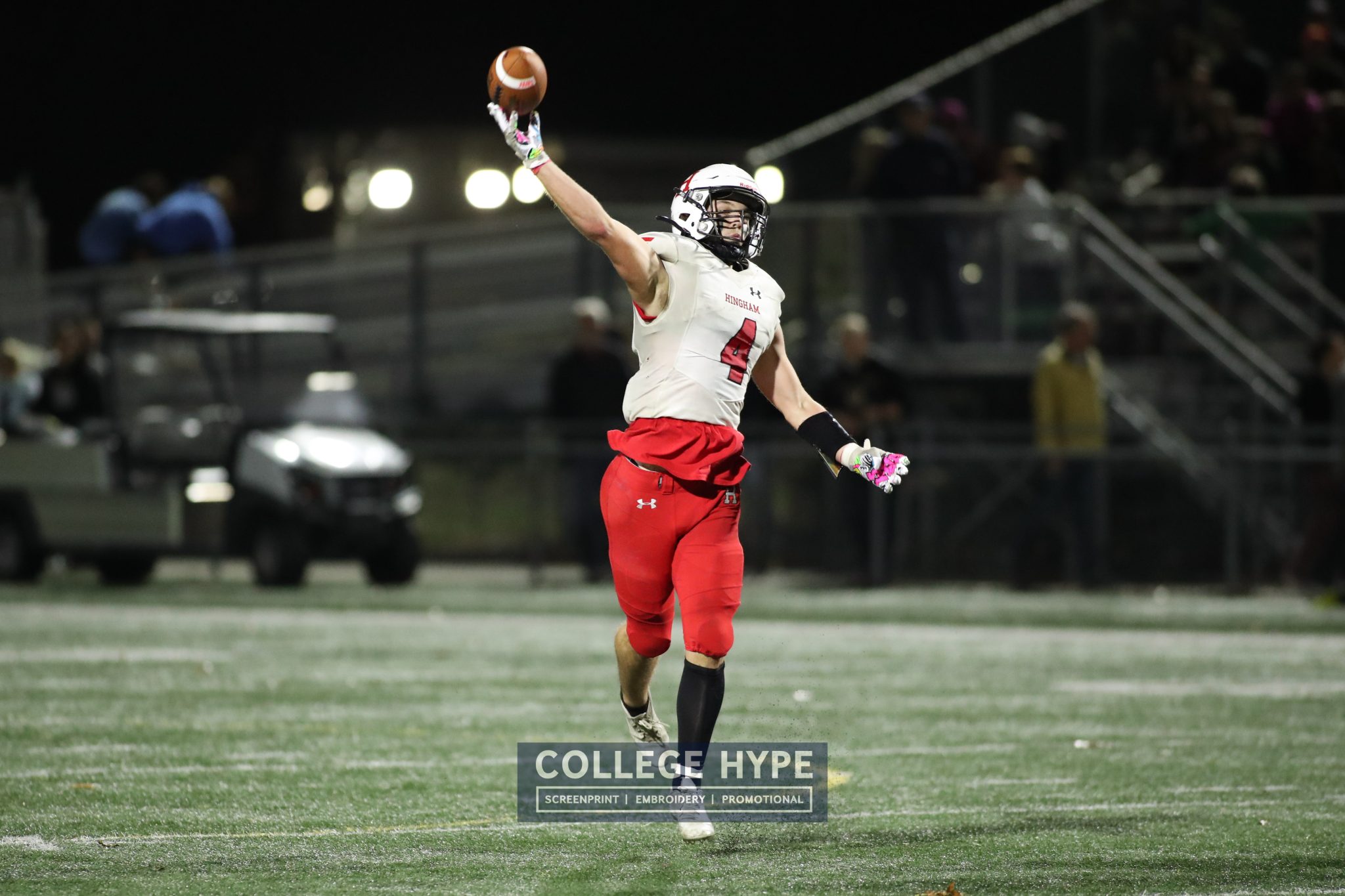 Senior Cam Dobson threw for a TD, caught a TD, and recorded a sack in Friday's playoff loss to Chelmsford.

Most weeks it is pretty difficult to pick just one person for this award as there are many great performances to choose from.  Not this week.  Senior Cam Dobson was the clear cut winner for our Athlete of the Week presented by College Hype.  In the Harbormen's most important game of the year, Cam dominated on both sides of the ball.  He caught six passes for 127 yard, including a 50 yard TD, he threw for a 37 yard, had seven tackles and a sack in the 30-19 playoff loss. 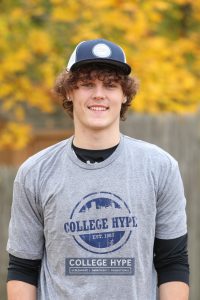 At the high school level it's not very common to have a someone play both offense and defense given the intensity and physicality of the game.  Cam has done it all year at a high level, especially during this game.  In addition to his impressive stats, his shoulder popped out of its socket several times throughout the game. He popped it back and continued to play. His toughness and leadership does not go unnoticed by his teammates.

"Cam was the spark we that we needed (on Friday)," says senior captain Ronan O'Ciardubhain. "Without him and his big playmaking ability, we wouldn't have been able to keep it close.  He's always been a huge leader for our team and fought till the end of games.  I think he's one of the biggest reasons we've gotten to where we are."

For first year starting QB Jack Nicholas, having someone he can count on throughout the game is big confidence builder for him.

"Cam is definitely the most reliable guy on the the offense," the junior QB says. "Whenever we needed a big play all season, it was 'throw it up to Dobson and let him go to work.' All night against Chelmsford the game plan was to get the ball to him and he delivered more than once.  He's been great all season, especially in big moments, and we're definitely going to miss him next year."

Still a few more games to make some big plays this year.

1 thought on “Athlete of the Week Presented by College Hype 11/7/22: Cam Dobson”